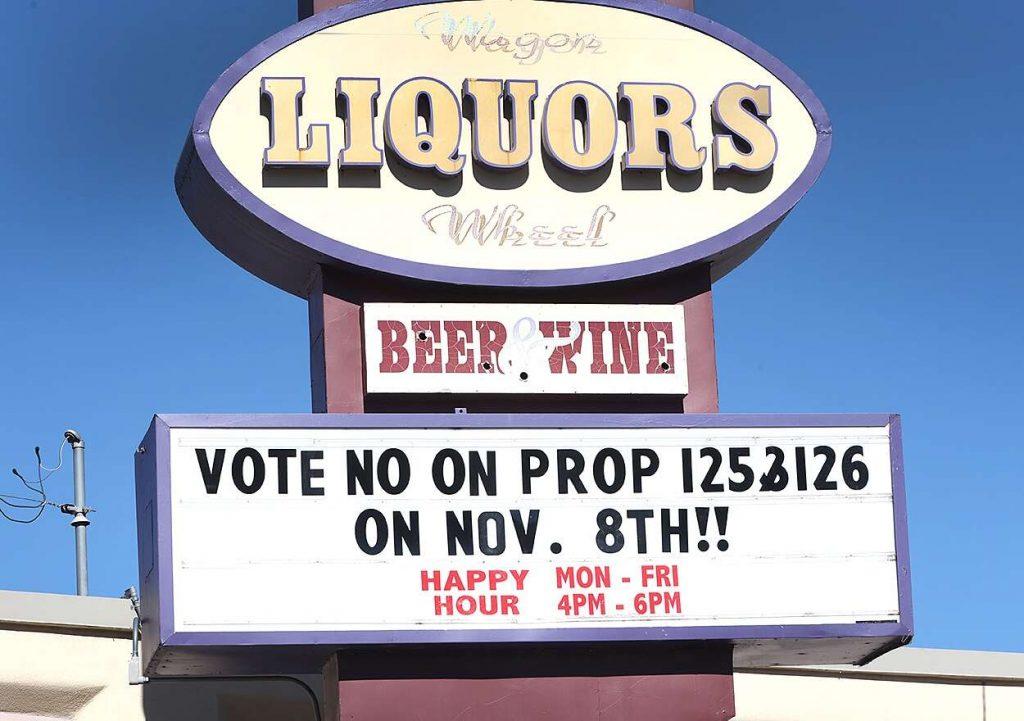 A sign at Wagon Wheel Liquors encourages voters to vote no on propositions 125 and 126. (Jerry McBride/Durango Herald) 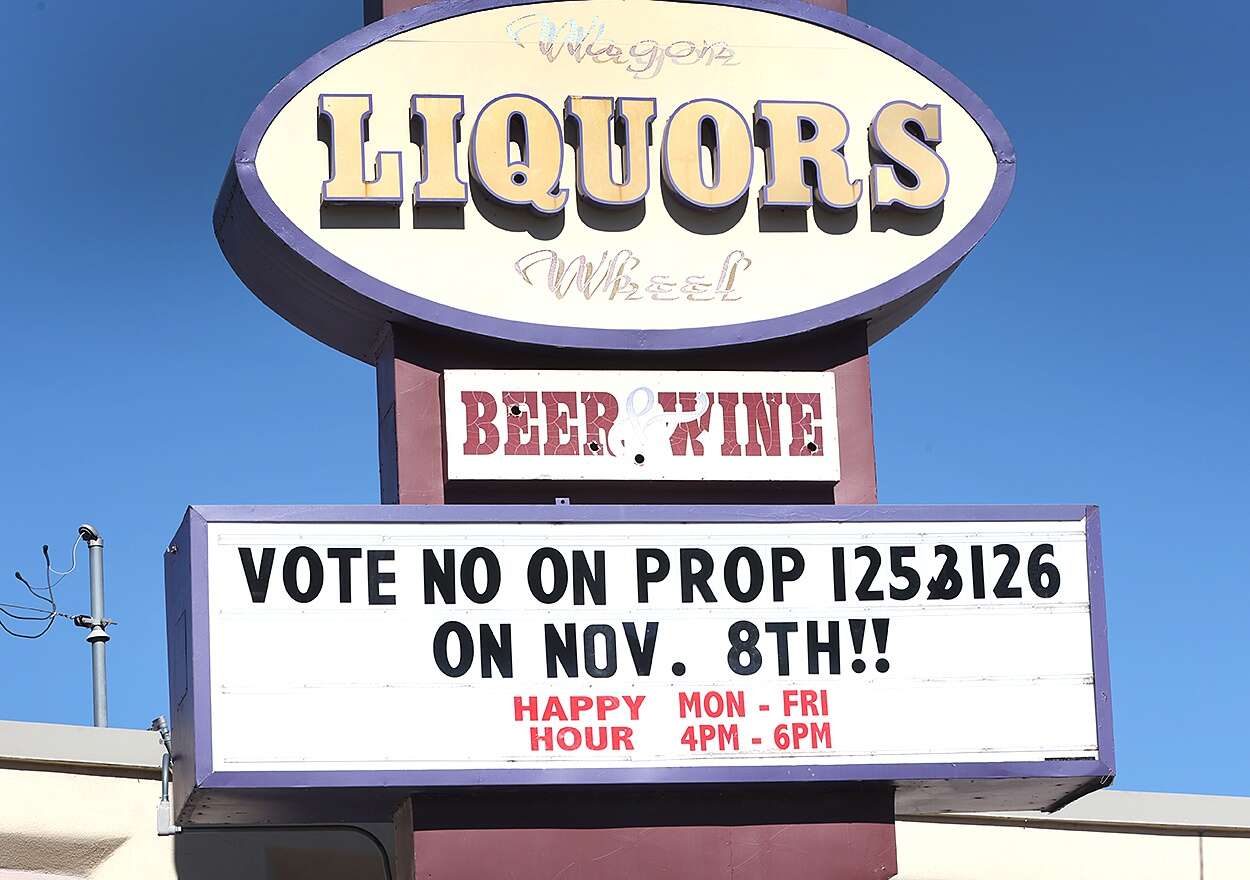 The only thing more difficult to find in Durango than a one-eyed Jackalope is a local business owner – not to mention a purveyor of wine and spirits – who is onboard with expanding wine sales to grocery and convenience stores.

And finding just one who is onboard with any of the three alcohol-related propositions voters will decide at the ballot box Nov. 8 – is still two-eyed Jackalope territory.

Nothing fired up the coffee-charged attendees of the Friday morning Durango Business Improvement District meeting more than a rallying cry from one among them to vote no on all three of the propositions – 124, 125 and 126.

“Tell everyone,” the person urged. “It’s all coming from Denver.” “The grocery stores don’t have the shelf space,” another called out. “It hurts the local sellers,” someone offered. “The local sellers donate to a lot of local causes,” came a final call – which seemed to settle the melee of rolling, high-backed chairs.

The details, for those who haven’t studied the ballot measures mentioned, let alone highlighted the sections on libations, are as such:

A yes vote on proposition 125 would allow licensed grocery and convenience stores that currently sell beer to also sell wine. A no vote lets them continue to sell beer but not wine.

It wasn’t hard to figure where a sampling of Durango merchants more directly involved in the sales of spirits and other adult beverages stood. Though there was one wild hare.

Spirits of the West owner, manager, cashier, bagger and self-described “mop bucket filler-upper” Larson Eoff, clarified his votes according to the propositions’ numerical order – “No” – “No, a big hell no” – and “No.”

“I think 124 is just another thing to do away with the small guy,” Eoff said. “How many people can afford to have more than one liquor store? That doesn’t help small liquor stores.”

His big “no” vote for 125 is a no-brainer because he says it would shut him down.

“When they (grocery stores) started selling beer I lost a third of my business,” he said. “I’m not going to stay here for minimum wage.” Proposition 126 also held no favor. “Again, it cuts into the liquor store business. I don’t have my entire livelihood tied up in this but I have a bunch.”

He was indifferent on proposition 124 with the caveat that any additional locations come from small, family-owned operators. Proposition 125 however was a hands down no.

“People who work for Door Dash and Uber Eats, the accountability, it’s going to happen where kids will be ordering liquor online and the drivers won’t care, and will just deliver to kids.”

Durango Liquor & Wine Co. Manager Candice Archuleta was the rare find. But her slight acquiescence relied on logic that would have silenced the rolling chairs at the morning business meeting.

She was split on proposition 124. “Seeing how I live in a small town I would say yes. If I lived in a big city I would probably say no just because the big-box liquor stores could really hurt the small mom and pop ones. Proposition 125 was a wash. “Nope. I’d like to keep my wine sales.” As to proposition 126…

“Yes,” she said. “Because I would l-o-v-e to have my margaritas delivered to me.”

There is no doubt that the change to sell full-strength beer in grocery and convenience stores beginning in January 2019 hurt the bottom-line of local liquor stores, but none are known to have gone out of business. Whether expanding wine sales would be the straw that breaks that back is unknown – but it’s not a proposition many local merchants want chance.