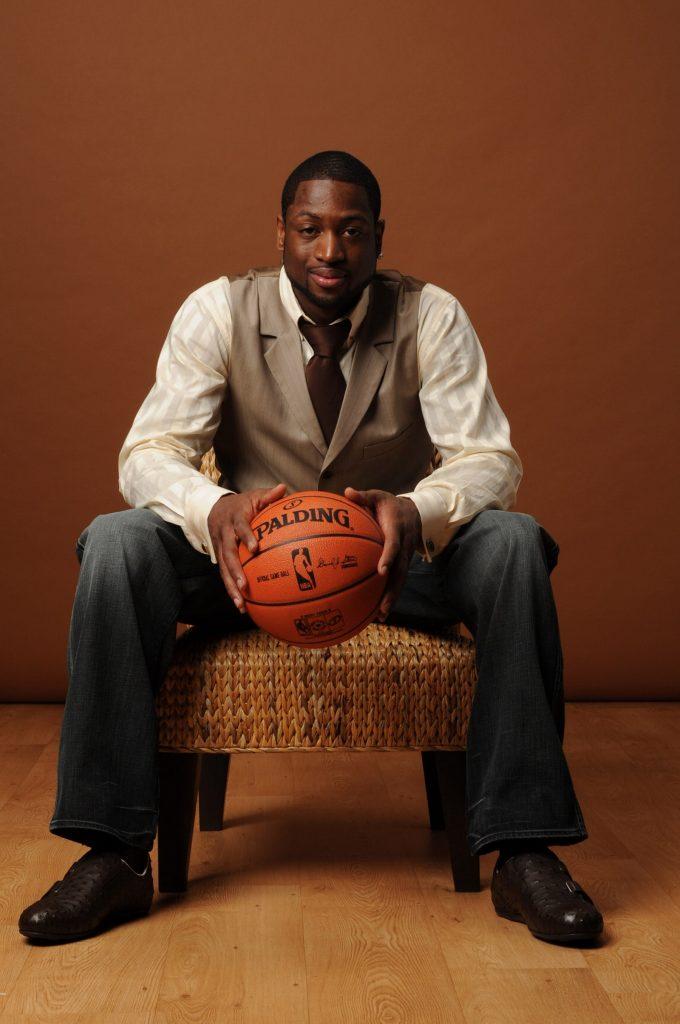 Dwyane Wade came up during a very specific moment in NBA style: the very beginning. “The era I came up in was the big baggy clothes era,” he told CR Fashionbook back in 2017. “Allen Iverson was the idol of my generation and he looked like a rapper, so all of the young players came into the league trying to dress like him.” Wade entered the league in 2003, meaning that he was among the first players to tangle with the NBA’s 2005 introduction of a dress code—an effort to hamper self-expression that players responded to by getting really, really into fashion. Wade’s always been a stylish guy—even, recently, a pioneering figure in the no-shirt-as-shirt movement—but he’s been up to something a little new and different lately.

This past week, Wade and his very stylish wife, Gabrielle Union, have been making the press rounds in New York City to promote Wade’s appearance in the new Netflix documentary The Redeem Team. In the leadup, he’s been on an outfit hot streak fit for a current NBA player: in one single day, he wore a giant-shouldered Prada leather trench and a pumpkin spice Zegna coat and matching trousers. The next day, he went from a slouchy Acne cargo set and sleek Cass x Prada sneakers, to an ultra-fitted Dzojchen suit with a little gold Wempe Jewelers choker and some coordinating loafers. It all feels so supremely on the nose for menswear in 2022—but, as it turns out, the way Wade’s been dressing is a nod to his 2008 team (the subject of the Netflix doc), and how far menswear has come since.

The objective was “to play off the way the team use to dress,” Wade’s stylist, Jason Bolden, tells GQ via Instagram. “But we thinned things out yet still added relaxed jackets/coats over all the looks.” Somewhere between the mid-aughts and the 2010s, and the classic baggy suiting and matchy-matchy color palettes that carried through the ’90s came all the way back. Suddenly Wade and his peers were rocking slightly more fitted silhouettes, with waistcoats and blazers and thick-knotted ties, in navy blue and tweed and leather.

Nowadays, NBA style—and menswear in general—has landed somewhere in the middle. Fashion has become so closely entwined with professional basketball that basically anything goes now. If a player used to consider putting on a major outfit a special sauce, it has become a common ingredient.