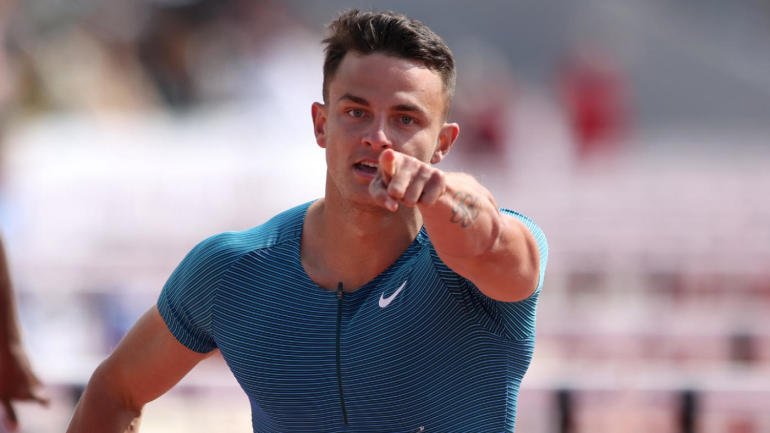 Seahawks star DK Metcalf may have his eyes on running at the Olympic Games, but a fellow NFL wide receiver has already beaten him to the punch, and not only that, but made world track history with his speed. Two-time Olympic hurdler Devon Allen, who signed with the Eagles to play receiver this April, clocked a 12.84-second finish in the 110-meter hurdles Sunday at the 2022 USA Track & Field NYC Grand Prix in New York City, the third fastest time ever recorded in the event.

Allen previously exited high school as a four-star recruit in football, playing wide receiver at Oregon for three seasons, including a 2014 debut that included a personal-best 41 catches for 687 yards and seven touchdowns. Two different ACL tears helped steer him away from the gridiron and exclusively to the track after college, but Allen revived his NFL aspirations by attending Oregon’s pro day this April, unofficially clocking a 4.35-second 40-yard dash.

The new Eagles wideout is expected to participate in several more track events, including the U.S. Championships and World Championships, before reporting to training camp in July. He’s likely to compete for a reserve role or practice squad position with Philadelphia.