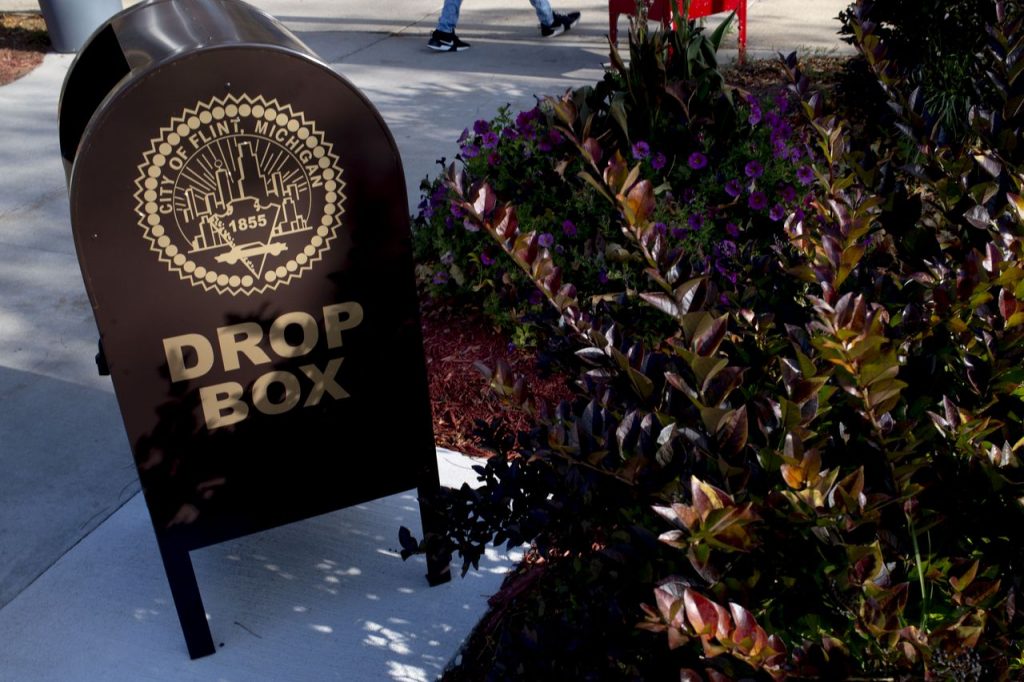 As the Jan. 6 insurrection hearings continued on Capitol Hill this week, political news in Michigan followed along.

Michigan, a swing state that Trump narrowly lost, has been mentioned multiple times in the Jan. 6 hearings because of the election fraud claims that swirled about the state in 2020. The committee even entered a 2021 investigation by a state Senate committee that found no evidence of widespread fraud.

But the public learned this week the lawmaker who led that Michigan investigation, state Sen. Ed McBroom, was asked to testify before the Jan. 6 committee.

“Saying that I was surprised is an understatement,” McBroom, R-Vulcan, said Thursday on the Senate floor, because nothing in the Michigan Senate Oversight Committee’s report last year related to the Capitol attack.

McBroom said he answered some “preliminary questions” from the committee but declined to cooperate further because he felt committee members’ interest in him and the Michigan Senate report was “flagrant commandeering of our legislature and violative of federalism.”

“Michigan is a sovereign state whose legislature cannot simply be called to heel by the U.S. Congress,” McBroom said. The Jan. 6 committee ultimately rescinded their request, he said.

Fifteen Michiganders have been charged for crimes related to attendance at the riot, including Republican governor candidate Ryan Kelley, who was arrested and arraigned last week but released as legal proceedings continue.

Trump and his allies, as well as numerous Republican politicians and many GOP voters, continue to push false claims more than a year and a half after the ex-President’s loss. The latest supposed smoking gun is a film called “2000 Mules.”

The movie’s claims of election-altering illegal activity, however, have so far fallen flat. Voting and technology experts told Reuters and the Associated Press that cell phone tracking is unreliable to prove the film’s claims.

And when True the Vote co-founder Catherine Engelbrecht testified to Wisconsin lawmakers in March, she said, “I want to make very clear that we’re not suggesting that the ballots that were cast were illegal ballots.”

D’Souza was pardoned by Trump in 2018 after being convicted on a campaign finance felony. He also has a history of spreading conspiracy theories, including President Barack Obama not being born in the U.S. and that the Clintons have had people assassinated.

“(N)o legislator of integrity should cite “2000 Mules” as anything other than a shameful exercise in grift and misinformation,” Michigan Department of State spokesperson Tracy Wimmer told MLive.

The 2022 Michigan election cycle has already seen a proven case of widespread fraud, however, when the Bureau of Elections in May disqualified five GOP candidates running for governor because of petition fraud by paid signature companies.

Perry Johnson lost a last-ditch attempt to get back on the ballot by trying to stop them being printed. A federal judge ruled Monday that Johnson had more than enough time to challenge the decisions, and he failed to cast reasonable doubt on the Bureau’s approach to checking for falsified signatures.

Johnson was disqualified after Bureau review found nearly 9,400 of the 23,000 signatures he submitted were fraudulent. He needed 15,000 to appear on the Aug. 2 primary ballot.

Related: Craig will run for governor as write-in

If Johnson’s request had succeeded, Oakland County Clerk Lisa Brown, a Democrat, told MLive the county would have failed to meet requirements under the law and state constitution. Ballots must be given to local clerks by June 18.

“It would be disenfranchising voters because they wouldn’t have access to the ballot when they’re supposed to be able to,” she said.

Inside the Michigan Capitol this week, the state’s mental health system is poised to receive the largest infusion of money it has seen in decades, as the state Senate overwhelmingly passed an appropriations bill totaling more than half a billion dollars.

“Our state’s mental health system is failing patients, their families, health care providers, and taxpayers,” Shirkey said in a statement following the vote. “Everyone in our state should have access to quality mental health services regardless of their means or where they live. Today, we’ve taken a critical step toward making sure they do.”

A House committee heard testimony Wednesday on a massive, 31-bill package that would curb the emergency powers of state government in the wake of the COVID-19 pandemic.

Republicans say the package would simply tighten current laws and eliminate duplicative – and, in most cases, completely unused – language between state agencies.

“Many of these statutes lack sufficient guardrails for legislative notification approval, public hearings or time limits on the orders,” state Rep. Julie Alexander, R-Hanover, said. “A variety of carefully considered changes will, in this package, help improve emergency powers in Michigan, ensuring proper scope – as well as legislative oversight – and ultimately, accountability to the people.”

Alexander sponsors the core bill of the bunch, HB 6184, which would make the legislature the final say in whether emergency orders issued by the Department of Health and Human Services can continue past 28 days.

Other notable actions from the legislature this week included sending a bill to Gov. Gretchen Whitmer to ensure election dates to fill office vacancies for state offices are decided within a timely manner, and introducing a bill to make Michigan’s native wild rice the state’s official grain.

Whitmer signed a bill on Tuesday allowing 17-year-olds to serve alcohol at bars and restaurants. The law aims to fill labor shortages in the hospitality industry.

Michigan unemployment agency ordered to stop collections for some workers