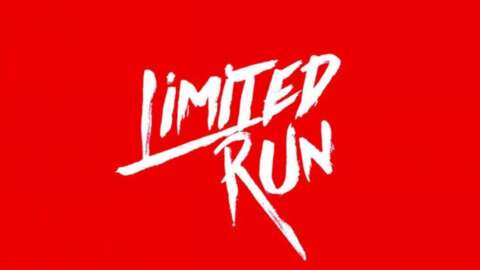 Embracer Group is at it again. The generally little-known company behind subsidaries like Gearbox Entertainment, THQ Nordic, and Dark Horse Media made headlines earlier this year when it acquired a number of Square Enix’s western studios. Now, Embracer has announced a fresh round of acquisitions starting with physical games specialist Limited Run Games.

The full list of acquisitions announced by Embracer this week includes Limited Run Games, karaoke technology company Singtrix, peripheral manufacturer Gioteck, and game studios Tuxedo Labs, Tripwire Interactive, Tatsujin, and Bitwave Games. Along with the gaming-focused purchases, Embracer has also acquired the rights to The Lord of the Rings and The Hobbit creative IP, which covers use in video games, tabletop, film, and more.

As part of the new wave of purchases, Embracer has opened up its 11th operating group called Embracer Freemode. The new group is focused on “operating activities in the retro, classic, and heritage gaming category,” as well as “iconic gaming & entertainment properties.”

Limited Run Games, Gioteck and Singstrix have all been acquired under Freemode, suggesting the new group will have a focus on physical media and hardware. Freemode will also include Japanese studio Tatsujin, which is led by developer Masahiro Yuge, one of the founders of classic arcade developer Toaplan. Bitwave Games, which describes itself as a “modern retro game studio” has also been acquired under Freemode. The Middle-earth Enterprises purchase is also a part of Embracer Freemode.

The two other studio purchases have been made under subsidary Saber Interactive. These include Tuxedo Labs, the small studio behind voxel-based destruction game Teardown. Tuxedo has just six staff members, with studio lead Dennis Gustafsson known for his specialty in game physics. Saber Interactive has also bought Tripwire Interactive, the studio most known for Killing Floor and Rising Storm, with its most recent release being 2020’s shark RPG Maneater.

Embracer also revealed that it’s made one more games-related purchase that can’t be disclosed yet, teasing that the unknown acquisition “is in the range of being among either third or fourth largest of the transactions.”