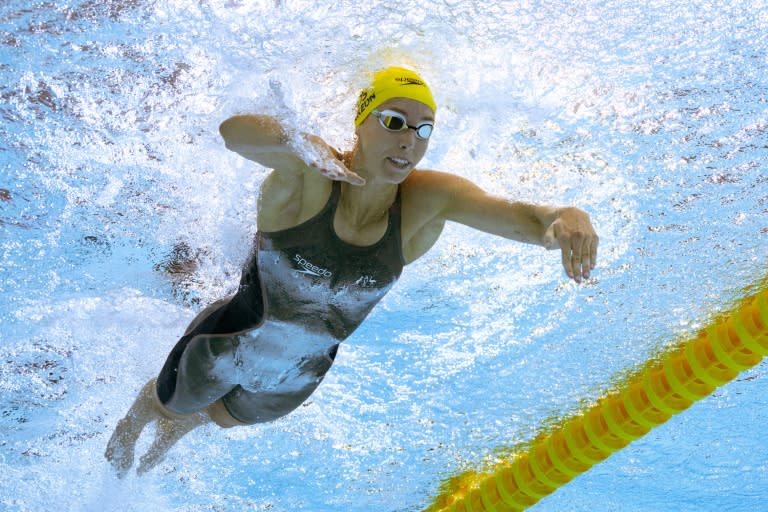 “Mystery” medley, “broken” freestyle and non-disabled swimmers racing with Paralympians highlight the return after a seven-year hiatus of the “Duel in the Pool” this weekend between Australia and the United States.

The made-for-TV concept took place every two years from 2003 to 2015, with the US facing either Australia or Europe and points accumulated across individual and relay events.

Now resurrected, a host of big names are missing from this year’s Sydney showdown. Hopes that Australia’s Olympic champion Ariarne Titmus would resume her rivalry with American freestyle great Katie Ledecky were dashed when both opted out.

The US are also without seven-time Olympic gold medallist Caleb Dressel and leading backstroker Regan Smith in a roster significantly weaker on paper than the Australians.

Olympians Chase Kalisz, Michael Andrew, Annie Lazor and Bella Sims headline the US team along with a host of national junior team members who will be making their long-course international bow.

“So to be able to call on a host of Olympians and recent world championship medallists to again step up and compete for Australia is testament to our standing in international swimming,” he said.

“It’s also an exciting opportunity to be involved in the reinvigoration of a competition steeped in such rich history.”

The quirky schedule will see “mystery” medley races in which the order of strokes is randomly determined at the start.

There are also “broken” 400m and 800m freestyles where swimmers stop at certain distances to earn points. The 400m free has a 200m race, followed by a pair of 100m races, with points awarded to the winner of each.

“Random” relays involve each team selecting two men and two women to swim a 4x50m relay — the stroke they must swim determined by the captains spinning a wheel.

“It’s an entertainment event and it will bring the enjoyment back to swimming,” Stubblety-Cook said.

A mixed relay with both non-disabled and Para swimmers will also be held, something Australia’s most decorated Paralympian, Ellie Cole, said she never thought would happen.

“I think it’s going to be exciting for the crowds that are there and it’s going to mean a lot to them to see people with disabilities being in the same race as able-bods,” said Cole.

The Europeans fared little better with the Americans winning each time.