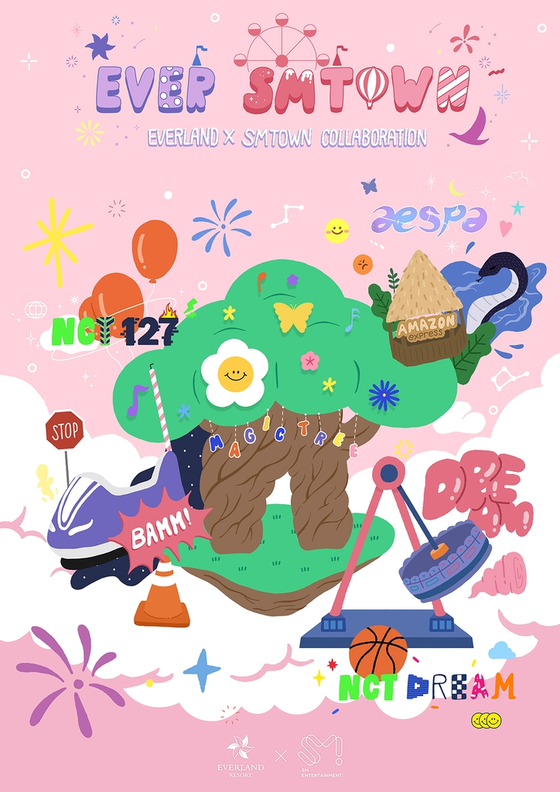 The teaser poster for the Ever SMTown project [SM ENTERTAINMENT]


The Everland amusement park in Yongin, Gyeonggi, is teaming up with SM Entertainment to create the agency’s artist-themed attractions.

SM revealed Wednesday that it signed a memorandum of understanding with the theme park to produce a space and content related to SMCU, or the SM Culture Universe, a shared universe made by the agency featuring its artists.

The Ever SMTown project will begin next month, on major areas or rides in Everland such as the Hurricane, Bumper Car, Amazon Express and Music Garden, and will install AR, videos and photo ops, that introduce the universe of SM.

For example, the bumper cars will feature boy band NCT 127’s fourth full-length album “2 Baddies,” which dropped last week. The cars will have the members’ names written on them.

SM Entertainment and Everland are also set to release interactive content related to artists including NCT Dream and aespa next month.