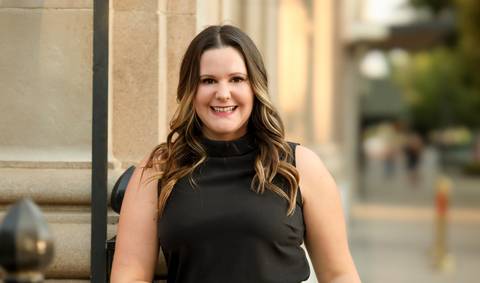 Upon his release from Fresno County Jail Tuesday evening, former Fresno Congressman Terrance John “TJ” Cox said he looks forward to defending himself against a slew of federal charges.

“I was facing charges today. We pled not guilty and look forward to vigorously defending those allegations,” Cox said.

Cox told reporters outside the jail that he learned of his imminent arrest at 8:30 a.m. Tuesday, and he agreed to surrender at Fresno County Jail, where he remained most of the day, aside from his arraignment.

Cox, who was accompanied by his attorney, said he had not read the indictment yet upon his release from jail. He said the hours in jail provided him a time to reflect, and he commended both federal agents and local corrections officers for their professionalism.

“They deserve our support,” he said.

“All I can tell you is that I’ve been here for 20 years. I’ve always been trying to help the community, make life a better place for all of us,” Cox said.

Cox attributed the charges against him to politics.

“As you know, we served for a couple of years. We got a lot done for the city, and for this region, and hopefully, that’ll continue under people that are looking to serve the people,” he said. “But I tell you what, politics is a tough game. I wouldn’t be in this position today but for the politics, and I think we all know that.”

Cox, a Democrat, served a two-year term representing the 21st Congressional District in 2019 and 2020. If ultimately convicted, he could face prison time and substantial fines.

Brianna Vaccari covers Fresno City Hall for The Bee, where she works to hold public officials accountable and shine a light on issues that deeply affect residents’ lives. She previously worked for The Bee’s sister paper, the Merced Sun-Star, and earned her bachelor’s degree from Fresno State.