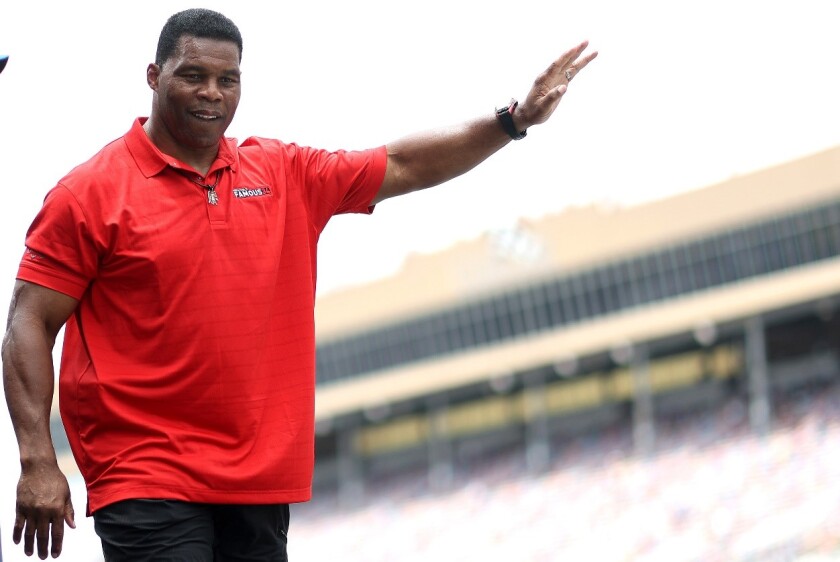 Editor’s Note: this article is a part of Governing‘s Inside Politics newsletter. Sign up here.

Experienced Politicians Need Not Apply: Before running for governor of Arizona, Kari Lake spent more than two decades covering the news for a Phoenix TV station. Next door in New Mexico, Mark Ronchetti was a meteorologist before becoming the GOP’s nominee for governor this year (as well as making an unsuccessful Senate run two years ago). Another meteorologist, Eric Sorensen, is the Democratic nominee in a tight congressional race in Illinois.

It’s not just broadcasters who are finding second lives as candidates. The last several elections have seen large numbers of amateur politicians seeking top offices. They are enjoying greater success than newcomers in the past. “From 1980 to 2014, U.S. House candidates with political experience who ran in primaries without an incumbent beat out amateurs close to 80 percent of the time,” according to political scientists Rachel Porter and Tyler S. Steelman. “Since 2016, though, quality candidates have lost to amateurs in nearly half of these non-incumbent primaries.”

Donald Trump — the only man in American history who won the White House without previous political or military experience — clearly helped pave the way. There was an enormous spike in Republicans running for the House without prior experience in 2016, the year Trump was elected, notes Porter, who teaches at Notre Dame. But by 2018 Democrats were nominating even more novices. “When we think about amateurs or outsider candidates, naturally we think about Republican businessmen running and ‘draining the swamp,’” Porter says, “but it’s both parties.”

There are a couple of factors fueling their success. For one thing, political amateurs now have a much easier time raising funds than they used to. Once upon a time, candidates had to get in good with their local parties, but today’s candidates are more likely to be self-starters, able to tap into their own donor networks nationwide and online. “If amateurs are raising a lot of money, and raising money from the right places, they’re going to do just as well as quality candidates,” Porter says.

Neophytes who knock off incumbents — such as Alexandria Ocasio-Cortez, who defeated a member of the House Democratic leadership team four years ago, or Harriet Hageman, who unseated Republican Rep. Liz Cheney a couple of weeks back — tend to get most of the media coverage. But most amateurs thrive in open races where there’s no incumbent running.

Due to the highly polarized nature of contemporary politics –— with most districts safe for one party or the other –— candidates with seemingly minimal qualifications who get nominated often end up winning in the fall. “It’s clear at this point, across four elections now, that there’s a shift in how we think about the type of candidates who succeed, and it’s something that needs to be taken seriously,” Porter says.

It’s a sign of the times — and the public mood — that even experienced politicians seek to position themselves as outsiders, even if they’ve held office for years. That was certainly the case with Texas Sen. Ted Cruz, Trump’s chief rival for the 2016 GOP presidential nomination. There have been plenty of examples since then, such as Doug Mastriano, the Republican nominee for Pennsylvania governor, who is presenting himself as a new broom ready to clean up Harrisburg, even though he holds office there now as a sitting state senator.

But there’s nothing like being a true outsider. Politicians with long resumes will never have the same credibility on the “shake things up” question than rank amateurs, no matter how much they rail against “Washington values.”

Of course, not all amateurs are created equal. Some come to campaigns with greater levels of skill or name recognition or fundraising ability, such as the large number of former CEOs and other businessmen who have been elected governor in recent years, including Pete Ricketts of Nebraska, Doug Burgum of North Dakota and J.B. Pritzker of Illinois. Having been a well-known broadcaster can also create a big edge, says Kyle Kondik, communications director at the University of Virginia Center for Politics.

“Being a television personality gets you favorable name ID, and actual name ID,” Kondik says. “Although it looks like for Dr. Oz, not so much.”

Don’t Count Your Chickens Yet, Democrats: Mitch McConnell, the Republican leader in the U.S. Senate, has openly lamented that his party might not win control of the chamber this year, due to poor “candidate quality,” including Mehmet Oz of Pennsylvania.

One of the other newbie Senate nominees who has struggled this year is Herschel Walker, the former football star who won Trump’s blessing and the May primary in Georgia. Walker has made any number of policy statements that sound like so much word salad, while also dealing with scandals about having fathered previously unacknowledged children and lies about his law enforcement and academic backgrounds.

Also on Tuesday, Reuters/Ipsos released a poll showing that President Biden’s approval rating — which has been picking up in other surveys — is still trending down, coming in at an anemic 38 percent. Now, polls are certainly imperfect measurements, but the reality is that in recent election cycles, Democrats have performed better in polls than they have on Election Day. That was certainly the case with Biden himself in 2020.

There’s been a lot of buzz lately that Democrats have regained their footing and may actually have momentum heading into the midterms. It’s certainly possible that they can avoid getting wiped out in November, in part because Republicans have nominated so many rookies in key races.

But the president’s party almost invariably ends up suffering losses in midterms and the big waves in recent cycles have tended to form late. “The question now is not whether the environment has shifted,” Democratic operative Meredith Kelly told the Washington Post, “but whether it can stay that way for 70 days, an eternity in politics.”

When Election Deniers Run Elections: The question of who will run elections in Wyoming has gotten interesting lately. On the surface, the answer seems clear. State Rep. Chuck Gray won the GOP nomination for secretary of state last month. Not only is Wyoming solidly Republican, but no Democrat even bothered to run. Monday was the last day anyone could file as an independent, and no one did.

So Gray will win and hold the office. Gray is a Trump-backed election denier who says the 2020 contest was “clearly rigged.” Last week, a legislative committee moved to limit the secretary of state’s power to conduct elections, shifting power to a new body comprised of all five statewide officeholders. That bill is a long way from becoming law, but the committee’s quick action signaled concern about giving Gray a free hand.

In the meantime, there will be a vacuum heading into this year’s election. Ed Buchanan, the current secretary of state, is planning to leave office on Sept. 15, a few days before taking office as a judge. That gives Gov. Mark Gordon a little time to appoint an interim secretary to oversee elections in November. Wyoming rules appear to preclude Gray, as a sitting legislator, from taking the post early.

The governor will have to choose from among three potential replacements put forward by the Wyoming Republican Central Committee, which is headed by Frank Eathorne, the state party chair — who was a participant in the Jan. 6, 2021, assault on the U.S. Capitol.

What the Courts Have to Say: Arizona has been a leading battleground in the still-ongoing fight over the 2020 election, with the state Senate sponsoring a lengthy audit of the results in Maricopa County. A progressive coalition collected nearly a half-million signatures for an initiative that would have banned partisan audits, as well as created same-day registration and enhancing early voting. Last week, however, the state Supreme Court upheld an order that threw out more than 238,000 signatures, so the measure won’t be on the ballot.

Also last week, the Fifth U.S. Circuit Court of Appeals upheld a Jim Crow-era law that permanently disenfranchises people who commit certain crimes. It was the understanding of the drafters of Mississippi’s 1890 constitution, which explicitly aimed “to secure permanent white rule,” that the “people” who were convicted of such crimes would be Black people.

“The court’s conservative majority admitted that the Jim Crow law was ‘steeped in racism,’ but said the state had made enough changes in the 132 years since to override its white supremacist taint,” the Mississippi Free Press reported. “A 2018 analysis found that the law still disproportionately disenfranchises Black Mississippians compared to white residents.”