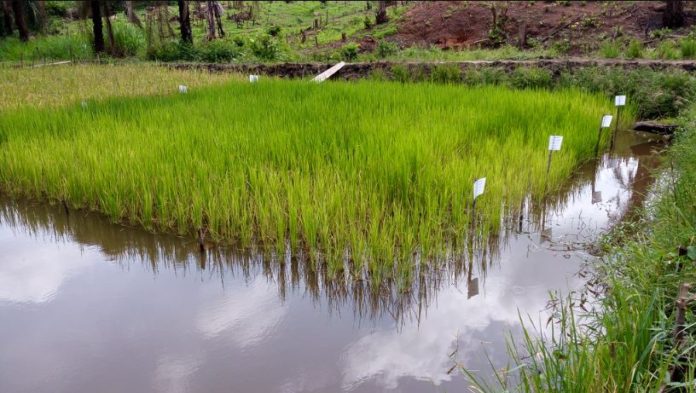 About 16 agricultural extension officers from five counties in Liberia have benefited from a two-day capacity building training of trainers workshop on improved rice fish farm technology.

The training was aimed at educating the extension officers on how to improve quality rice seed and food-fish production in Liberia. The beneficiaries were from Bong, Maryland, River Gee, Grand Gedeh, and Gbarpolu Counties.

It was conducted at the Central Agricultural Research Institute (CARI) in Suakoko, Bong County by World Fish, an international non-profit research and innovation organization that works to reduce hunger, malnutrition and poverty across Africa, Asia and the Pacific.

Africa Rice Liberia and World Fish are currently implementing the EU funded DeSIRA integrated rice fish farming system project in collaboration with the Ministry of Agriculture, and the National Fisheries and Aquaculture Authority (NaFAA). For over 45 years now, World Fish has worked on sustainable aquaculture and fishing has improved the lives of millions of women, men, and youth.

Fish and rice are major components of the Liberian diet, Liberia is blessed with all it needs to produce enough rice and fish, but unfortunately, the country continues to import rice and fish on a large scale.

According to Akintayo, the EU’s integrated rice fish farming system has been designed to correct such an unfortunate situation in the country. He said the workshop was important for extension officers because it intends to drill them on seeds and feed as well as the use of farm-made feeds for brood stock.