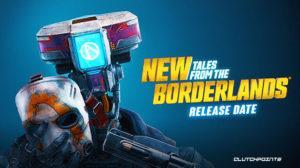 The CEO of Obsidian Entertainment, the developer behind Fallout New Vegas, wants to release another Fallout game in the future. Keep reading to learn more.

Obsidian’s founder and CEO, Feargus Urquhart, recently chatted with DualShockers in celebration of Fallout’s 25th anniversary. Urquhart revealed that Obsidian would love to develop another Fallout game. According to Urquhart:

Of course, if we ever got the opportunity to make another Fallout game, we’d make it. There’s not even a question of whether or not we would do it, it’s just “Will the opportunity arise?” I hung around at Interplay for probably an extra year because I wanted to work on Fallout more. I love Fallout.

Urquhart mentioned that once their schedule clears up, they would look into what to do next and that he would be surprised if Fallout was not one of those things. Obsidian Entertainment is very much busy at the moment, seeing how they just released the open-world survival game Grounded. Other than that, they are also working on a medieval tapestry-themed RPG, as well as an Outer Worlds sequel, and the RPG Avowed.

Urquhart also had this to say when it came to possibly work on another Fallout game:

If we were to do Fallout, it has to tie in with what Bethesda is doing with Fallout and a lot of other things, but I would always personally say my hope is that before I ride off into the sunset, I’d love to make another Fallout game.

A lot of fans are actually looking forward to another Fallout game made by Obsidian Entertainment. Fallout 3, 4, and 76 were all published and developed by Bethesda Game Studios. Although all of these games are great in their own way, Fallout New Vegas stands above them all. The story and the gameplay of New Vegas are generally considered as the best out of all Fallout games. Although the game was buggy on release, it received various patches, both official and unofficial. Thanks to this, fans far and wide still play the game, and very much still enjoy it.

Players interested in trying out Fallout New Vegas can buy the game at a discount until October 18, 2022. This is thanks to the sale celebrating Fallout’s 25th anniversary.