In June 2018 a brawl erupted in a park in St Louis that led to a victim suffering a “traumatic eye injury”. The fight was captured on video and led to two men being arrested on serious assault charges. Those men have finally been tried, with a court finding both guilty of felony third-degree assault.

As the St. Louis Post-Dispatch report, the two men charged—75 year-old Robert Matteuzzi and his 35 year-old son Angelo Matteuzzi—were recorded in 2018 assaulting a man near a lake in Kirkwood Park, where they were seen “repeatedly punching the victim and holding the man down in the water”.

Kirkwood Park is apparently a Pokémon Go hotspot, with locals constantly vying over the gym there, and it’s this conflict that sparked the brawl. Angelo had been trying to claim the park from another man, whose Pokémon Go name was “Sammy the Bull”, when Matteuzzi “escalated” the disagreement by punching “Sammy”, in turn “sparking a brawl that caused them both to fall about 5 feet into Walker Lake in the park”.

It’s at this point Angelo’s father Robert jumped in to join his son. Both Matteuzzi’s attempted to plead their innocence in court, but the presence of clear video evidence made that difficult. Robert said “I didn’t want to be in the water”, despite being shown to be rushing into the water to join in the fight, while Angelo said “I was just trying to put my Pokémon in the gym”, even though he threw the first punch.

You can see “Sammy’s” injuries in this news video, released in 2018 just after the incident: 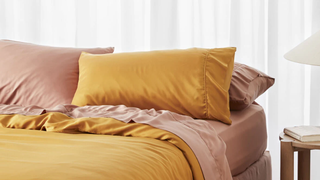 20% off bundled bamboo bedding
The brand’s proprietary CleanBamboo is a soft, breathable fabric; their signature sateen is cool to the touch.

Following the verdict, the jury “recommended a sentence for Robert Matteuzzi of three days in jail and a fine”, and for Angelo to be fined but with no time behind bars.