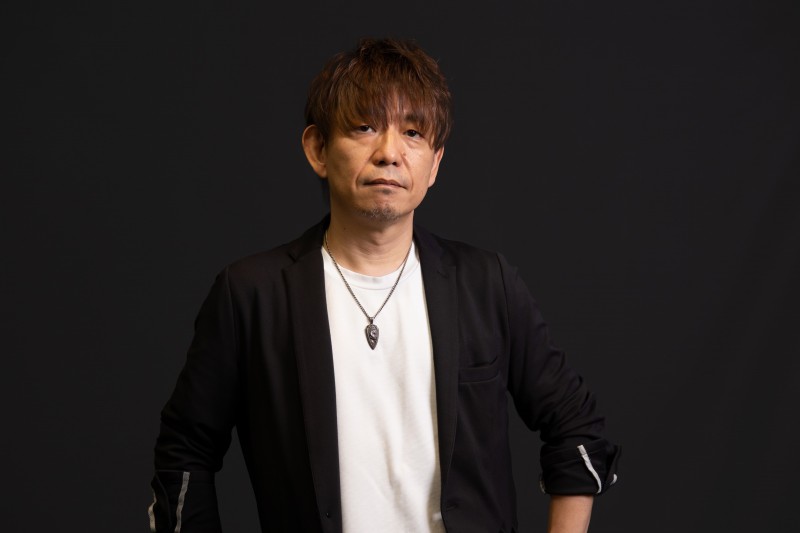 Square Enix debuted a new Final Fantasy XVI trailer during a recent PlayStation State of Play. It was our biggest look yet at the upcoming RPG and the trailer revealed that Final Fantasy XVI is due out sometime during the summer of next year.

Game Informer spoke with the game’s producer, Naoki Yoshida, who is also the director of Final Fantasy XIV, about this new “Dominance” FFXVI trailer, including the franchise’s return to a more medieval setting, Eikons, boss fights, and much more.

Game Informer: Final Fantasy has a history of experimenting with different combat systems in new mainline entries and Final Fantasy XVI seems to be doing the same, with probably the heaviest emphasis on action in the mainline series yet. How did the team arrive on this style of combat, and what’s it like seeing it come to life by way of combat director Ryota Suzuki (a designer whose credits include Devil May Cry 5, Dragon’s Dogma, and Marvel vs. Capcom 2)?

Naoki Yoshida: You asked me about the direction with the combat system and so to answer that, in order to contribute to the overall evolution of the Final Fantasy series, we decided that rather than building on past Final Fantasy battle systems, that we instead shift our focus to one of real-time action. And so, once we had that concept down, that we were going to go in this direction, it made it easy for our director and our battle director, Ryota Suzuki, to take the reins and bring something that was truly action-focused.

For the battle system, we’ve not only given the main character, Clive, an arsenal of powerful attacks and abilities based off of these traditional Final Fantasy summons, but we’re allowing him to cycle through those attacks in real-time, to deal those attacks in real-time. [This allows] for powerful combinations and smooth, stylish gameplay that both looks and feels great.

An example of this is like you saw in that [Dominance] trailer where you have one of the Garuda abilities where you lift the enemy up into the air and then while in the air, Clive can switch to Titan and use one of the Titan abilities to pound the enemy to the ground. This kind of seamless switching and swapping of actions and chaining them together to create these unique combinations … are all up to the players’ different playstyles. There’s lots of room for customizing these types of builds that Clive has and the player finding a build that matches their playstyle is one of the fun things about the action system we have.

A lot of our developers in our development team in [Creative Business Unit III] didn’t have any experience creating an action game. It was very challenging for us. And to have the immensely talented action veteran Ryota Suzuki  join our team, that has seen our development progress, just from the battle systems to the animation and everything that he’s pretty much touched his hands on, transformed and become something beyond what we believed it could have been. We’re really, really happy to have him and we’re blessed. 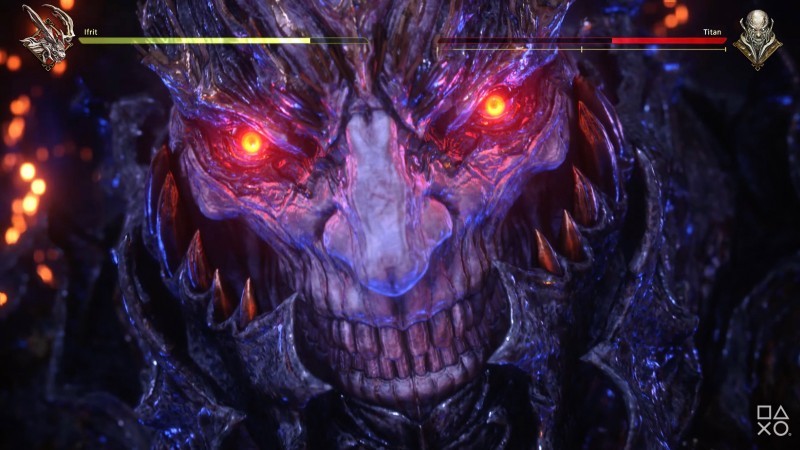 GI: Throughout the trailer, there are a number of health bars on the top of the screen, both in human vs human fights and Eikon vs Eikon battles. What’s going on with these, and are they meant to be reminiscent of fighting games?

Yoshida: Regarding the health bars and the UI, I saw a lot of comments on social media after the trailer released about how the UI is kind of reminiscent of a fighting game. When we started developing the game, and we had our “Clive versus smaller enemies” or our “Eikon versus Eikon” battles, when we were first developing them we did them with almost no UI on the screen at all. But we found that through playing this that it was just a little bit too little information – we needed more information. That said, we didn’t want the screen cluttered and so after a lot of back and forth and trying a lot of different things, we came to the design…in the trailer, and that it just happens to look like a fighting game is just something that ended up happening.

The overall game design for these Eikon versus Eikon battles, however, is meant to be unique and in fact, we don’t actually use the same exact system twice. Each battle is completely unique in its playstyle and so we’re doing something that’s kind of crazy.

For example, maybe one Eikon versus Eikon battle, if you have Eikon A versus Eikon B, that battle will be reminiscent of a 3D shooter. Whereas another Eikon versus a different Eikon, it’s more like a pro wrestling match, and then maybe even a third with one Eikon versus another Eikon will transform an entire area into a battlefield. And so again, we didn’t reuse these systems and each one of these Eikon versus Eikon battles is unique and will change with each battle. Because of that, and because the battles are so different in nature, the UI has to change for each battle. And so you will see slight differences in the UI between these battles. However, we ended up having to cut a lot of that from the trailer because it ends up being story spoilers and we didn’t want to have that.

Then you ask, “well if you’ve hidden some of the UI, why didn’t you hide all of the UI like those HP bars? Why did you leave those?” and that was simply because if you remove all of the HP bars and all of the UI, then people start saying, “oh, that’s just pre-rendered, that’s not running in real-time.” We wanted to show that what you saw in the trailer was in real-time so we made a decision to leave a little bit of that UI in. 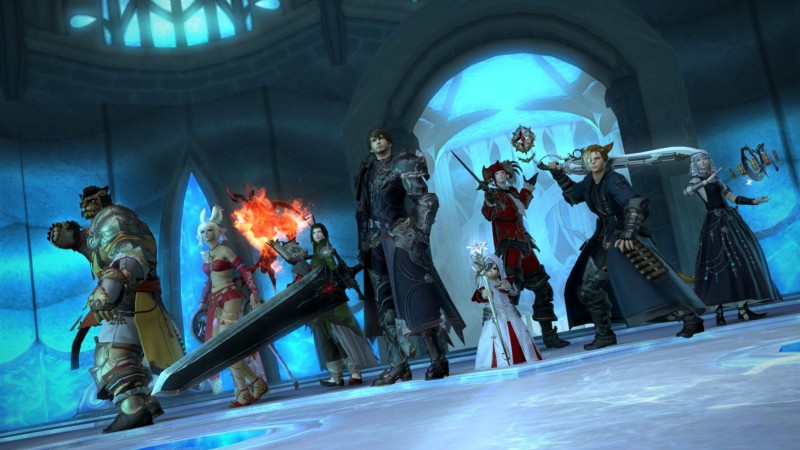 GI: A lot of players are excited about the prospect of a single-player Final Fantasy from the developers behind FFXIV. What learnings, mechanics and systems, and storytelling techniques, if any, from FFXIV can fans expect to show up in some way in FFXVI?

Yoshida: So Final Fantasy XIV was designed as an MMORPG from the ground up whereas Final Fantasy XVI has been designed as a single-player game from the ground up, so from the get-go, you’re going to have completely different design concepts. MMORPGs, as you know, are all about the long haul – you’re stringing together experiences over an extended period of time to maintain that user base.

Single-player games, on the other hand, are a lot more about that, I guess you could say, instant gratification. They’re speedy, they hit you with excitement. That excitement is concentrated into a smaller package. So with that in mind, you can imagine that at least system-wise, Final Fantasy XIV won’t have influenced Final Fantasy XVI that much. However, that said, one of the most unique things about Final Fantasy XIV is the kind of connection that the development team has with the community, [and] the amount of communication that goes back and forth between the development team and the community. In the past 11 years, interacting with the community has given us a lot of very, very valuable information on what you know fans want and expect from the series. And so having this 11-year knowledge base, that has helped us and has allowed us to put some of those ideas in and incorporate those ideas into the development of Final Fantasy XVI. 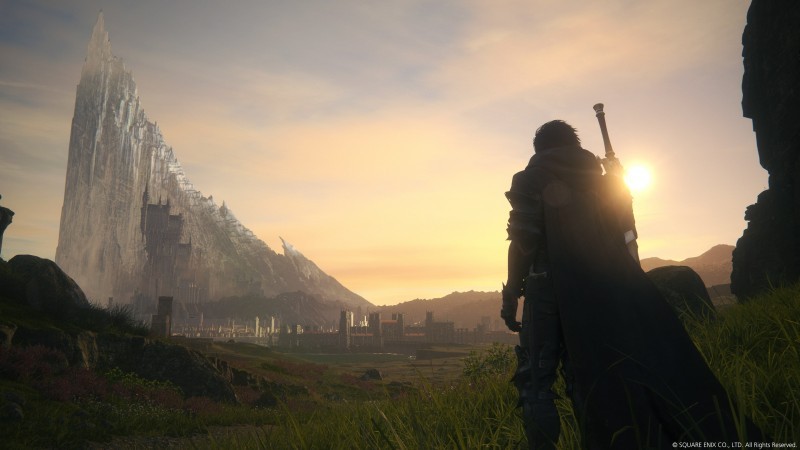 GI: Mainline Final Fantasy games of late have skewed more toward modern timelines, with heavy emphasis on the integration of tech with magic, but FFXVI looks decidedly more medieval, or classic FF. How did the team arrive at this setting and time period when developing the game?

Yoshida: The answer to that is actually kind of simple: it just happens to be that a lot of the core members in [Creative Business Unit III] really enjoyed those classic Final Fantasies as well as that classic medieval European fantasy feel – myself included – and we wanted to create a game that had that feeling. When creating this game, we wanted to take that look, that medieval European classic fantasy look, and meld that with our own unique idea that we had, and then take all of that and try to express that with the current level of technology and make something that is really, really exciting.

As you know, the Final Fantasy series is kind of famous, or infamous, for being different with each entry in the series. That said, after doing some recent user research, we found that a lot of the users were finding that a lot of the recent Final Fantasy [games] were kind of becoming static in that vision so we wanted to use this as an opportunity to step back from that and try something different; not just for us, but thinking to the future of Final Fantasy and forthcoming projects, we wanted to try something different and maybe show that yeah, the series can go in different directions rather than focusing on one.

While we just released our second trailer, we’re currently already working on readying a third trailer for release this fall. In that trailer, we hope to concentrate a little bit more on the world and the lore and the storyline, and hopefully bring a little bit more of that information to players, showing what the story is going to be like, what the narrative is going to be like, and how that’s going to fit into the world. 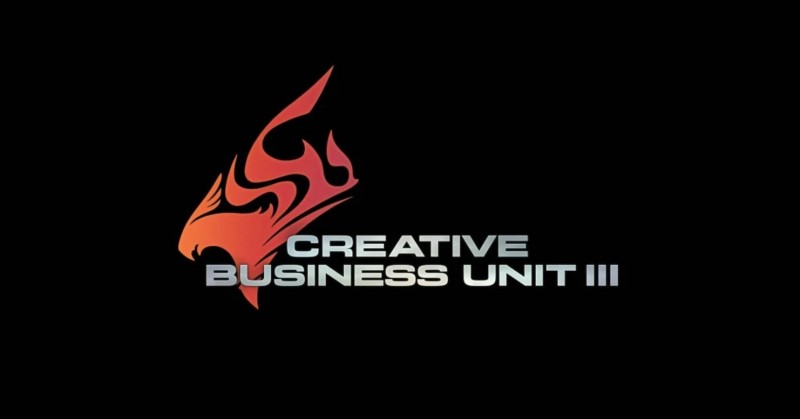 GI: You’re obviously a very busy person with FFXIV, but now you’re producing FFXVI. What’s it like working on a new single-player mainline FF and what’s it like having Creative Business Unit III lead the project?

Yoshida: It doesn’t really matter what kind of project I’m on. Being the head of any game or any project, the pressure is always immense. There’s always a lot of people and money involved in it. As you know, on Final Fantasy XIV, I’m both producer and director. However, this time on XVI, I’m only producer. So just in that sense, it’s a lot of weight off my shoulders.

Final Fantasy XVI being the newest entry in the series means that all eyes are going to be on us as everyone pretty much is out there scrambling to figure out just what kind of game it will be, and a lot of that pressure goes directly to the director. And so again, with all of that pressure falling not on the producer, but falling more on, like I said, the director, Hiroshi Takai, or the battle director, Ryota Suzuki, or our creative director and scenario writer, Kazutoyo Maehiro, or even falling on me being the localization director and helping out with the world lore and things like that, there’s a lot of pressure that falls to us. And as producer, it’s my job to see that this pressure doesn’t get too much for those people that are working underneath me. Being able to come and do these types of interviews and talk with the media and make sure that the important information gets out there so that burden doesn’t fall on the team. It’s something I can do, again, to take that burden away from them and for me, that’s a lot easier than being director.

For more about Final Fantasy XVI, check out the Dominance trailer and admire the beautiful landscapes in these new screenshots. After that, read about how I’m excited for the Kaiju-style fights it appears to be giving us, and then check out Game Informer’s ranking of every mainline Final Fantasy game.

What’s the thing you’re most excited about in Final Fantasy XVI?