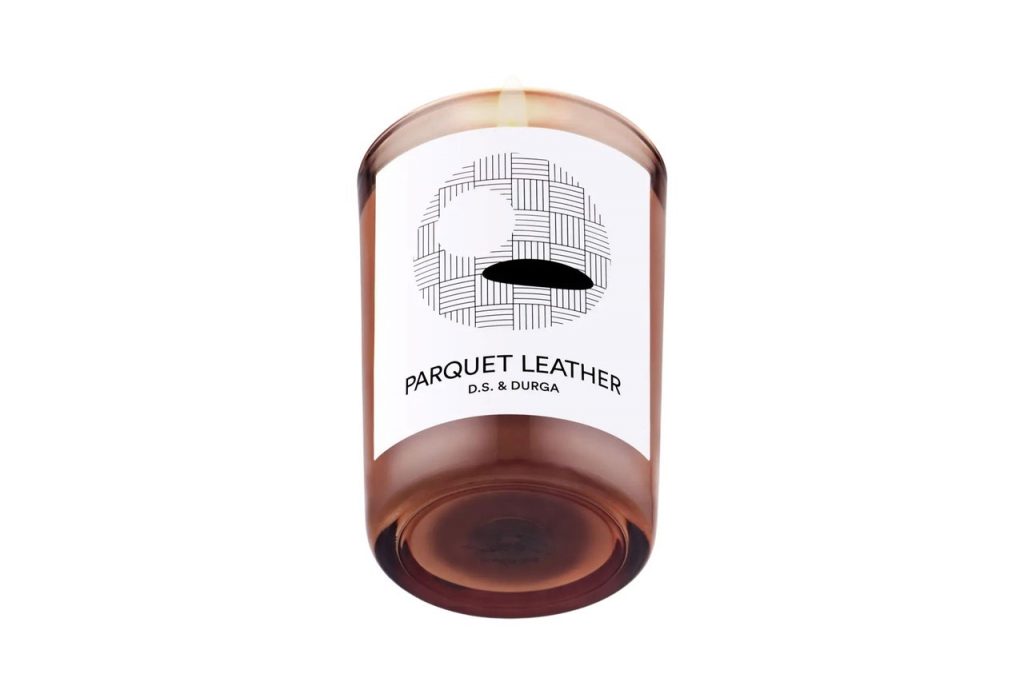 “Am I the only one who loves that new shoe smell?” one user asked the three million sneakerheads on Reddit’s sneaker subforum. The question was posted, a few years back, alongside a selfie of the asker nose-deep in an Air Jordan. The group’s consensus was: No, they weren’t alone. “I borderline huff my new shoes,” someone replied. New car smell has been a sought-after scent for decades. But what about that box-fresh sneaker smell?

A brand-new candle from high-end fragrance label D.S. & Durga is here to answer that question. Parquet Leather promises a scent of “orange leather, maple wood, red oak parquet, and fancy sneakers.” It sounds like it smells just like walking into a freshly opened sneaker shop.

It’s worth noting the idea of a sneaker-inspired candle isn’t exactly new. However, it’s mainly been used as a marketing prop in the past. Nike commissioned the Brooklyn company Joya to make hyper-realistic candles to promote its Air Max Day. (The company also produced a “kicks” set of sprayable scents.) Last year, eBay sold a candle to advertise its authentication services for reselling sneakers on its platform. But D.S. & Durga elevates the concept from a novelty to something covetable and luxurious. The label is known for its beloved, often unconventional, fragrances—and for treating them as luxury goods. (A D.S. & Durga candle costs $65, while a bottle of its perfume will run you $240.) Parquet Leather is designed by its in-house perfumer and mixes the leather and rubber of sneakers with the woody notes of a basketball court. (Despite that leather smell, the candle is entirely vegan.)

We’re officially in an era where sneakers and streetwear continue to creep into our homes. Brendon Babenzien’s Noah just released an incense that sold out instantly. Red-hot labels like Stüssy and JJJJound have collaborated on percale bedding sets. And now we can add this sneaker-scented candle from D.S. & Durga. Who says sneakerheads and hypebeasts don’t want nice things for their homes, too?

So, the next time you want to experience that new kicks smell, just strike a match and light up this Parquet Leather candle. It’s as close to the real deal as you can get without shoving your nose into an Air Jordan.