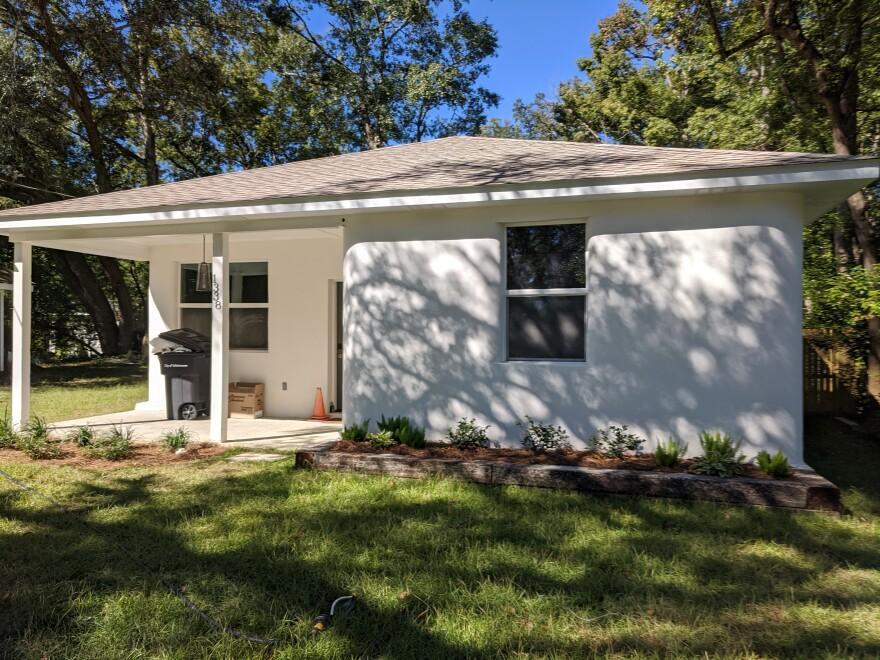 The first-ever house in Florida to be built with 3-D printing technology now sits in Tallahassee’s Griffin Heights neighborhood. A ribbon cutting for the unique residence took place on October 14.
The outside and inside walls of the just-over-1,400 square foot structure were built up in layers of concrete, laid down by a computer controlled extrusion head mounted on a large gantry. It’s a construction that Kyndra Light, co-owner of Precision Building and Renovating, explained is incredibly durable.

“Right now you’re looking at 13 inches of solid steel and concrete. It’s a bunker!” she chuckled.

“This is another tool in the toolbox and we really appreciate them bringing it to Tallahassee and this neighborhood in particular, which is a traditional African-American neighborhood that is in dire need of this kind of infusion of new housing stock.”

On the drawing board is a mini-neighborhood of maybe 20 3-D printed houses to further drive down the cost of construction through economies of scale.