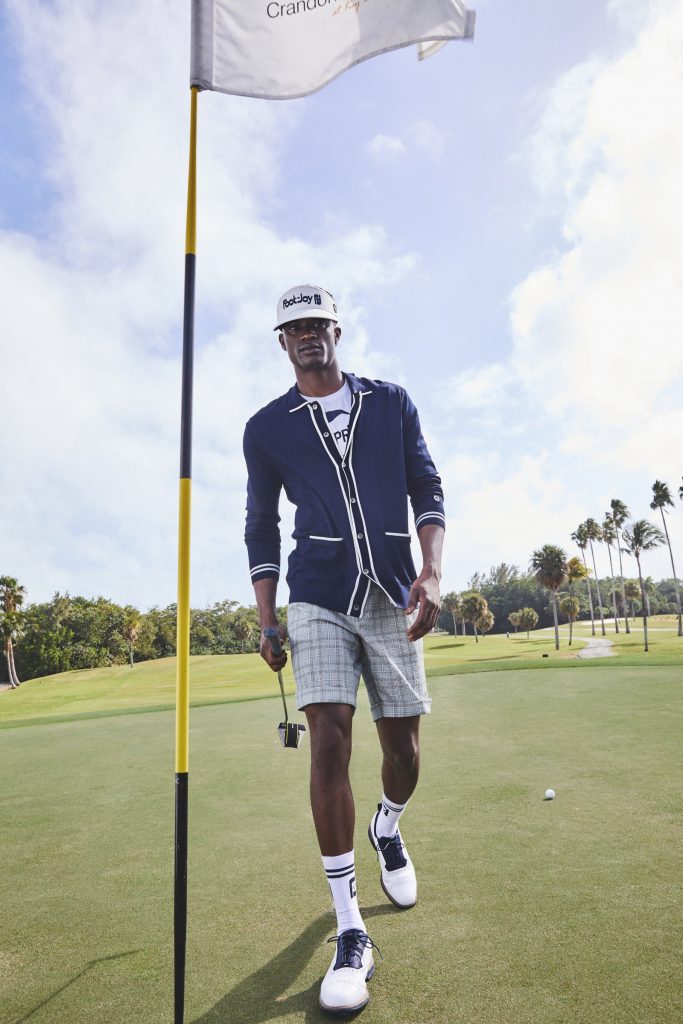 Pro golf is not exactly a stylish enterprise. While NBA athletes wear hot-off-the-runway looks in the pregame tunnel, trends in golf gear move slower than a 10am round on a Sunday at your local muni. It took 20 years for Tiger Woods’s actually-fitting shirts to finally go mainstream, and these days, the game’s best are essentially sporting gym clothes with collars and sneaker-like golf shoes that no longer click-clack through country club locker rooms.

But among a certain subset of trend-setting amateurs, the putter head is swinging the other direction: their preferred look is now more traditional, inspired by nostalgia for the days of cigarette-smoking pros like Arnold Palmer, but also the heavily-pleated vibes of 90s-era Tiger and Freddie Couples. Brands like Metalwood, Bogey Boys, Whim, Malbon, and more are currently struggling to keep their retro-inspired polos, pleated pants, and bucket hats in stock—but none of these upstarts have the scale to make something as technical as golf shoes. Instead, for footwear, style-minded golfers are turning increasingly to your dad’s favorite brand, FootJoy, to add the finishing touches to their old school fits. For its part, FootJoy has seized the moment by acting like a sneaker company, turning out a wave of killer collabs.

To see what kind of year FootJoy’s been having, all you have to do is look at the playoff finale of last month’s PGA Championship. It was a win-win for the shoemaker, as the two men competing for the title were a pair of its biggest young stars: the more established (and eventual tournament winner) Justin Thomas and the upstart Will Zalatoris (ranked #7 and #14 in the world, respectively), who battled it out while wearing the brand’s best-selling Premiere Series shoes, a premium line of pebble grain leather $200 shoes that first debuted in 2021. “When you think of Jordan, you think of basketball shoes. It’s the same thing [with FootJoy] when it comes to golf shoes,” says Zalatoris, who wears the FootJoy Field. The rest of the brand’s Premiere Series shoes are variations on the same idea: shoes with iconic good looks mixed with the tech advancements brought on by the sneaker shoe wave.

Many brands in FootJoy’s position would chase relevance by collaborating with whatever labels are getting the most clout on Instagram and TikTok, but FootJoy—a company that’s been doing this for over 100 years—knows its audience isn’t necessarily trying to turn the back 9 into a fit pic photo shoot. Instead, they’ve partnered most recently with two brands—Garrett Leight and Todd Snyder—that operate squarely in the long-lasting, high-quality, trendless corner of the menswear world.

These partnerships aren’t exactly going to break the internet, but they’re cool enough to inspire intrigue where a golf brand needs to: clubhouses and foursomes. The other benefit of being the big dog is that when FootJoy decides to make a change, it’s felt almost immediately. “When we enter a particular space, we have the scale to actually move the market, and we saw that. We saw market share actually move from athletics into classics, which was really driven by some of the investments we made in the classic space,” says Ken LaRose, FootJoy’s SVP of Brand Strategy and Consumer Experience.