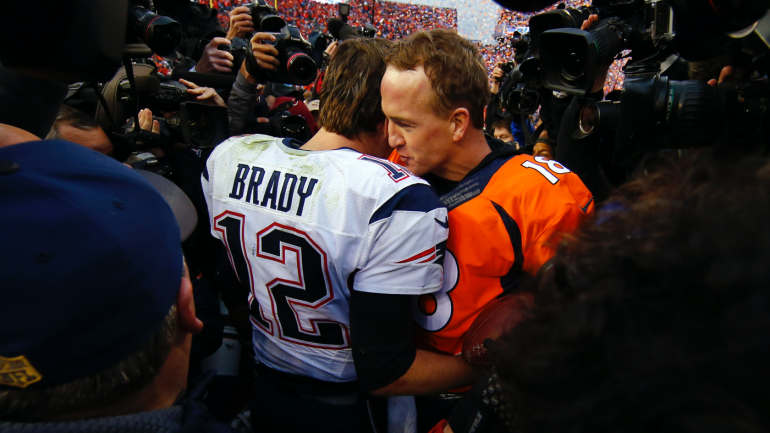 Tom Brady is undeniably one of the greatest quarterbacks to ever play football, and going on 45, he’s arguably <em>the</em> best QB in the NFL today. But if you ask one of the most notable linebackers to go up against Brady during his career, the Buccaneers star was never the league’s most feared QB as long as former Colts and Broncos great Peyton Manning was around.

Bart Scott, the former All-Pro linebacker for the Jets and Ravens, joined ESPN Radio this week and was adamant that Manning, not Brady, kept defenders up at night while both QBs reigned supreme in the AFC.

“I’d much rather go against Tom Brady every day of the week than to go against Peyton Manning,” Scott said. “I believe that’s how everybody feels. In the heyday, you’d never have (players thinking), ‘I’m so afraid of Tom Brady.’ … Peyton Manning gives you a total sense, a different level of anxiety. Like, you sleep at night, like, ‘Damn.’ … With Tom Brady it was more about Bill Belichick, the entire team, the execution, them having a game plan.”

In other words, Scott suggests, the real problem during Brady’s run with the Patriots was the Patriots, whereas Manning was always the center of attention in Indianapolis.

“Peyton Manning … made my head hurt,” Scott joked. “You feel like you gotta go take an SAT test (to prepare for him).”

Scott didn’t elaborate on whether the post-Patriots Brady is viewed the same. Brady, of course, has had plenty of success removed from Belichick and the New England system, winning Super Bowl MVP in his first year with the Buccaneers and posting career numbers under center in 2021.