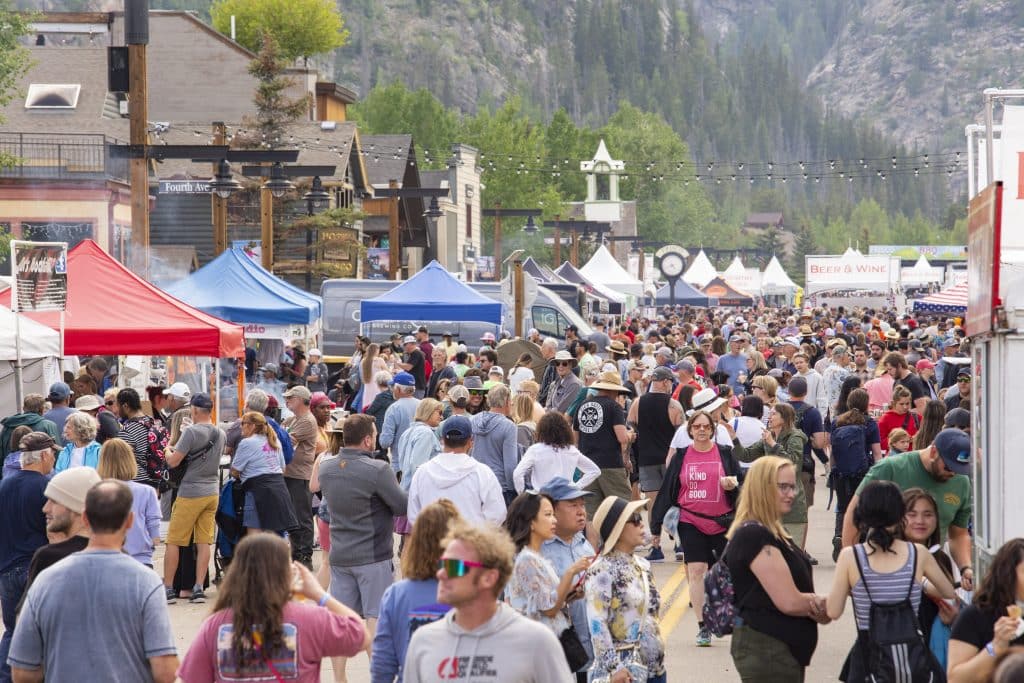 After months of review and public discussion, the Frisco BBQ Challenge is cooked and the Fourth of July fireworks have fizzled.

During a Tuesday, Oct. 25, work session, Frisco Town Council decided to stop hosting the Frisco BBQ Challenge to look into other entertainment options along with not pursue permitting for a fireworks display.

The town wanted fireworks last summer, but the Dillon Reservoir Recreation Committee denied the permit, citing impacts on traffic, wildlife, watersheds and public safety. Town Council said that getting the permit for 2023 would likely be too difficult.

“It’s not up to us,” Town Council member Andy Held said. “… That’s kind of a waste of staff’s time.”

However, Town Council expressed interest in enhancing the parade for Fourth of July, though final details are still to be determined. A release from the town said possibilities include increasing parade participation, having a block party after the parade with performers, hiring a more well-known artist for a concert and the potentially adding a boat parade.

The Frisco BBQ Challenge, previously called the Colorado BBQ Challenge, was scaled back this June to give it a hometown feel and focus on the barbecue. Attractions like bouncy houses, mechanical bulls, chef demos and others were eliminated.

Council discussed replacing the challenge with a one-night event, like something similar to reviving Music on Main with a notable musical act, according to a press release.

Vanessa Agee, communications director for the town, told council that the “back to basics” version had issues such as finding enough vendors. She said that gas prices, inflation, people selling equipment over the pandemic and last minute cancellations were all factors.

According to a staff report, the town spent 79% less on marketing than in 2019. Agee said the number of attendees did drop but not enough for the amount of vendors they had. That led to long lines and food running out quickly. Agee added that vendor challenges would likely continue.

“There was a lot of pent up demand,” Agee said. “They came, and some were disappointed.”

Town Council member Lisa Holenko said she doesn’t see the advantage to the festival because of the expenses. According to a staff report 2019, the next expense was $107,984 in 2019, which includes a $73,805 donation to nonprofits that provided event services. In 2022, the next expense was $36,956. The report states that the event is not a revenue producer.

Holenko also said that barbecue is not what attracts the tourists to the community compared to outdoor recreation.

“It doesn’t show Frisco in its best light,” Holenko said. “It is definitely not environmentally friendly in any way, both from what is being consumed to the garbage to the grease on the roads. … If it were healthy for the town, I would be in support of it. I don’t think it is healthy for the town.”

Held agreed and said many businesses aren’t happy about the festival.

“I feel like we way outgrew what the BBQ Challenge was,” he said.

The work session was an opportunity to go over results from the latest survey about the barbecue challenge. Like last year when discussing the future of the event, people said they wanted it to stay.

There were 443 respondents, of which 52.98% were Frisco residents, 18.48% were second-home owners in Frisco and 18.71% owned a Frisco business. Of all respondents, 72.78% said they wanted to see the Frisco BBQ Challenge return.

In terms of impact, 60.55% of all respondents believed the festival had a very positive or positive impact on the community, 23.56% thought it had a neutral impact and 15.89% said it was negative or very negative.

Out of the business owners, 42.47% believed the Frisco BBQ Challenge had no impact on their business, 27.4% said it had a positive impact and 16.44% said impact was negative.

“We’re going to hear a lot of blowback on it,” council member Rick Ihnken said. “But since I came to council, I’ve heard zero businesses ever say a positive word about it. I was flabbergasted by that for years. We’ve sat down and talked about this for way too much time. I can’t wrap my head around why it is not meeting its intended need, or its intended purpose, other than having fun.”

Mayor Hunter Mortensen said he did have fun and loves the opening night concert held on Thursdays before the festival begins.

“I hope we won’t have an economic future where the community will be begging us to have more events,” Mortensen said.

Ihnken mentioned that a replacement would be necessary since they’re pivoting away from what he called Frisco’s “signature event.” There was some talk of changing to different cuisine, but that was dismissed.

“It will be a poor surrogate, and they will just compare it against that,” Agee said. “It will not compare favorably.”