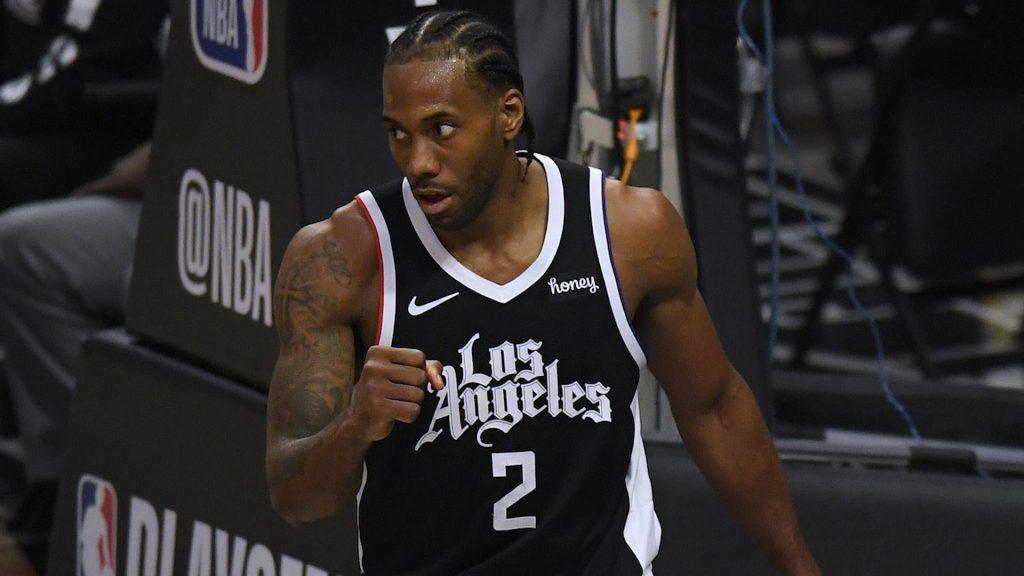 The NBA does not award a Most Versatile Team trophy. The word “optionality” is in vogue around the league, though, because playing just one way doesn’t work anymore. Championship teams must win four series, which might require four drastically different rotations. Contenders want to be able to deal with zones, traps, drops, switches, size, speed, spacing and physicality.

The Los Angeles Clippers can do all of that because they have it all: superstars and super-subs, spacers and slashers, creators and connectors. They have point forwards and stretch 5s, movement shooters and downhill drivers. They have the ability to play lineups big and small, fast and slow, orthodox and oddball.

To the Clippers, flexibility is a weapon — coach Tyronn Lue is known for playoff adjustments as much as he is for the Iverson stepover — and it is armor. Their depth makes them less vulnerable to injuries, matchup problems and specific schemes. In the 2021 playoffs they fell down 0-2 in consecutive series, but they had countermoves.

Their most powerful move was going positionless. By the end of both series, 7-foot center Ivica Zubac was relegated to spot duty. They listed the 6-foot-8 Nicolas Batum as the starting center, but, against Dallas, Batum was the one shutting down 6-foot-1 jitterbug Jalen Brunson. Defensively, the Clippers were long, active and disruptive. Offensively, they made the game simple: Space the floor, then attack a weak defender. Even after their franchise player tore his ACL, Utah had no counter.

Kawhi Leonard is returning to a team that can lean harder in that direction. A lineup of Leonard, Paul George, Robert Covington, Marcus Morris and Batum has the same interchangeability and collective wingspan as any of the chaotic combinations on display in Toronto, with superior shooting and star power.

Norman Powell, who last teamed with Leonard on the 2019 Raptors, said at media day that he sees some similarities between these Clippers and those NBA champions. Powell also said that he has his eyes on a starting spot and an All-Star appearance. The latter is a particularly lofty goal on a team like this.

With rare exceptions, players and coaches don’t complain about their teams being too talented. Since Leonard’s injury, though, the Clippers have added Powell, Covington and John Wall. Reggie Jackson averaged 31 minutes last season, Terance Mann averaged 29, Luke Kennard averaged 27 and Amir Coffey averaged 23. Lue has already talked to the team about sacrifice, but that conversation is less fraught before the scarcity of playing time and touches becomes real.

“It’s not going to be easy,” Lue said. “It’s going to be a process because we have a deep team with 11, 12 guys that deserve to play and we know we can’t play that many guys every night.”

Lue also said he’s excited about the challenge, as he should be. You can coach for a lifetime and never get to piece together a puzzle like this.

Clippers believer: You know how baseball teams sometimes play split-squad games in spring training? That’s what the Clippers should do during the regular season. I’ve never seen a roster like this, and I have no idea how to construct a normal rotation that doesn’t exclude several players who are obviously too good to just sit out. For a team that manages loads in the regular season and shifts shapes in the playoffs, I don’t even think this is such a radical idea.

Clippers skeptic: You’ve never seen a roster like this? Yeah, the Clippers are deep, but spare me the hyperbole. Unless you’re infatuated with Brandon Boston Jr., Amir Coffey and Moussa Diabate, I see just as many rotation-caliber players on this year’s Knicks, if not more. One of them is Isaiah Hartenstein, who was the Clippers’ best reserve last year. In fact, Hartenstein was their most productive player overall in terms of RAPM and they were significantly better on both ends with him on the court than without him in 2021-22. For all of this supposedly unprecedented depth, why is Ivica Zubac their only center?

Clippers believer: The depth itself isn’t unprecedented. The combination of superstar talent and depth is. The Clippers are not Hubie Brown’s Memphis Grizzlies, and they’re absolutely not the Knicks. They had a well-rounded roster a year ago, and then they traded for Norman Powell and Robert Covington, two of the Blazers’ starters. That’s not normal! I’m never going to disparage Hartenstein or his importance to last year’s Clippers, and I’ll even admit that I will personally miss him. Considering how much talent remains, though, I can’t say that the team will. Tyronn Lue can put Covington, Nicolas Batum, Marcus Morris and even Kawhi Leonard at “center” when Zubac is on the bench. Backup 5 is only an issue if you’re closed-minded.

Clippers skeptic: The lack of bigs is an issue unless you’re small-minded. What if Zubac gets injured? What if he gets in foul trouble? I don’t think this gaping hole will prevent the Clippers from being great, but it might prevent them from winning a title. I wouldn’t be comfortable with this frontcourt in a potential Nuggets series, nor would I feel good about their chances in a hypothetical Finals matchup with Philadelphia. Even a team like Minnesota is going to present problems.

Clippers believer: Minnesota? Show me all the games where Rudy Gobert punished switches in the post. As an opponent, you want to put long, versatile forwards on Karl-Anthony Towns and you want to space both of those guys out on the other end. Feels like a sweep to me. And while I don’t think those other teams you mentioned can stop the Clippers, either, I’ll be generous and say you might have identified one tiny flaw. There are big dudes who can defend the post and rebound available right now on the free-agent market. If this is actually a problem during the regular season, then the front office will address it. At no point in NBA history has it been easier to trade wings for bigs.

Clippers skeptic: Sure, if any big dude will do. But the Clippers are going to want a big dude who is mobile, has some scheme versatility and brings something to the table on offense. That was the idea with Serge Ibaka. That’s why they couldn’t keep Hartenstein off the floor. Anyway, this isn’t their only flaw. They’re not going to get to the rim or the line as often as I’d like, and, against good defenses, they’re going to live and die with contested pull-ups.

Clippers believer: You’re reciting years-old talking points. These aren’t the Bubble Clippers, and since the 2021 Clippers were one of the best shooting teams of all-time, I’d hardly say the jumpers were a problem. Besides, the last time I saw Kawhi play a meaningful game, he attempted 13 free throws and the Clippers attempted 38 as a team. The game before that, the Clippers scored 44 points in the paint and Kawhi had 16 of them. You remember how they completely broke the Jazz’s spirit by spreading them out and getting downhill over and over and over and over again? Yeah, we’re going to see a lot more of that.

Clippers skeptic: Hold on. It has come to my attention that there’s some kind of large mammal in this room. It has a huge trunk. Tusks, too.

Clippers skeptic: Why are you laughing?! This is serious. If you don’t help me, I could get severely hurt. Please do not underestimate the difficulty of getting over a serious injury, especially for someone who is already managing chronic pain … whoa, that was weird. As soon as I said that, the huge, tusked mammal just walked right out of the room! Thank goodness.

Clippers believer: Ugh, this “Can Kawhi stay healthy?” narrative bugs me to no end. Freak injuries happen, and it’s not fair to treat returning players like they’re inherently delicate or more susceptible to injury going forward. It’s particularly annoying in this case because Kawhi has already won a championship and had several legendary playoff performances since people started labeling him “injury-prone.” Nobody in the league is more in tune with his body than he is.

Clippers skeptic: Where’d all that come from? I didn’t say anything about Leonard’s ability to stay on the court. Maybe you’re the one who’s concerned about it.

After the Clippers so successfully went small in the 2021 playoffs, they wound up playing with a traditional big man on the court for the vast majority of the following season. It wasn’t a philosophical shift; they just happened to have a solid starting center in Zubac and perhaps the league’s best backup center in Hartenstein.

Much has been made of the fact that they did not replace Hartenstein with another proven center when he left in free agency. “We’re not a prisoner to playing a backup 5,” team president Lawrence Frank said before training camp, via The Athletic. If any team has ever been equipped to go centerless on the second unit, it is this one.

But what if they’ve replaced Hartenstein with a 20-year-old on a two-way contract? Diabate, drafted No. 43 in June, is a 6-foot-11 energy guy with a 7-foot-3 wingspan, quick feet and enormous hands. He’s supposed to be a long-term project, but he happens to be starting his career in the best situation you could possibly design for a switch big who can sets screens, roll hard and finish.

Given that I’m not sure if Kennard, who led the league in 3-point percentage (44.9 percent) last season, will be an every-night rotation player, I’m not saying Diabate is likely to get in the way of the Clippers’ long-awaited shift toward smallball. But it will be hilarious if he does.

“That’s one of my goals, to get some dunks,” Morris said at media day.

Knee issues prevented Morris from doing much in training camp the last couple of seasons, so he “dropped about 10 pounds” before this one, he said. Now that he’s lighter, maybe he can keep pace with his twin brother, Brooklyn Nets big man Markieff Morris, who threw down four dunks last season, five in 2020-21 and 20 in 2019-20.