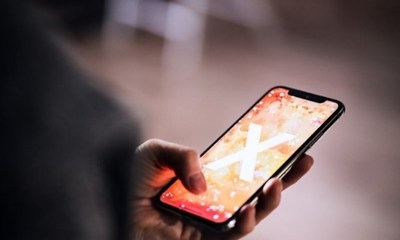 NEW YORK, Aug. 16, 2022 /PRNewswire/ — The proliferation of devices such as tablets and smartphones, now used by many people in their daily lives has fed the surge of access to information and technology in the workplace and in entertainment. Gamiotics technology is changing the game by delivering access to live entertainment to consumers worldwide by putting technology in the palm of their hands. The technology has evolved Bring Your Own Device (BYOD) beyond human resources and in-flight entertainment ease.

Bring Your Own Device in the workplace is a trend that began emerging across industries such as education, manufacturing, and healthcare, where many companies adopted policies that allowed their employees to access corporate data by using mobile devices securely. In mobile entertainment, airlines have been delivering individualized entertainment to passengers most commonly through cabin televisions or seatback screens. With more than 90 percent of passengers now carrying mobile phones, tablets, and laptops with them on board, many airlines have adopted policies allowing an opportunity to access the internet while in-flight through BYOD.

“Love it or loathe it, smartphone technology isn’t going anywhere,” says Gamiotics Founder and CEO David Carpenter. “We have a software solution for the live art and entertainment market that embraces BYOD and connects audience and content with zero-hassle. As it is web-based, there is no app to download and it’s accessible instantly from any smartphone.”

For example, attendees at the Edinburgh Fringe Festival are currently participating in the record-setting run of The Twenty-Sided Tavern, powered by Gamiotics technology. The Twenty-Sided Tavern is an immersive, interactive, in-person experience where everyone (including the audience) creates the story unique to that performance by making choices on their smartphones that feed the storyline.

“It’s an unusual format for the Fringe, putting a tabletop role-playing game onto the stage could either be a disaster or a triumph, but luckily this production leans towards the latter…Elements of the game are decided by the audience, via their smartphones. Using technology called Gamiotics, which can be accessed via a QR code, audience members vote for which path they think their character should take next, the combination of the audience voting and the rolling of the dice, means that every performance of The Twenty-Sided Tavern is different,” writes Greg Stewart of Theatre Weekly.

“This creation-by-engagement has been a game-changer,” says Carpenter. “We have been able to wield this technology in such a manner to create high-value experiences for audiences across the globe. There simply is nothing else like this in live entertainment, arts, and culture today.”

Launched in 2020 by Founder and CEO David Carpenter, an expert in multiplatform content development, Gamiotics is currently the only software solution for the live entertainment market that connects the audience and content through the infinite power of technology. The Gamiotics browser-based interface allows any smartphone to access the platform making for a complete audience experience across multiple industry categories, events, and programming. For more information, go to www.gamiotics.com.