The map-oriented YouTuber Trevor Rainbolt, a self-described “magician” when it comes to pinpointing obscure locations in Google Maps-based browser game GeoGuessr, found a fan’s long-forgotten proposal site after 13 years. The fan had emailed Ludwig Ahgren, another popular YouTuber that makes gaming-related content, hoping he could ask Rainbolt to assist him with a planned trip. Rainbolt complied and made a brief video sharing exactly how he did it.

“This man proposed to his wife 13 years ago,” he says in the video, “right here, but couldn’t remember where it was.” According to Rainbolt, the fan forgot the site of his engagement because a tornado derailed his original plan to propose at the base of Mount Fuji. That is typical tornado behavior.

Not a problem—miraculously and accurately identifying a location through grainy environmental footage is Rainbolt’s happy place. On his channel, Rainbolt performs truly mind-boggling GeoGuessr stunts like correctly naming a random Google Maps location in 0.1 seconds. How Rainbolt can view a low-quality image of a nondescript highway and say, with confidence, that it’s Alberta, Canada for less time than it takes my brain to boot up and remember my name mystifies me.

But for the fan, who sent in a video of an empty street in Japan, blurred with the limits of 2009, Rainbolt’s black box doesn’t need to have a rhyme or reason, it just needed to work.

Game and Save
Great news for PC gamers out there looking to save money and add more games to your backlog which you’ll eventually get to. Humble Bundle has kicked off its Summer Sale in which you can save up to 90% on games.

“The only thing he remembers is that he took a bus from Fujisawa,” Rainbolt said about the starting point the fan gave him. “They had to be facing the east side of Mt. Fuji.”

He looked at every bus route that departs from Fujisawa, narrowed it down to a few cities, and painstakingly scanned streets on Google Maps until he found one at the same distance and with the same angled view as those shown in the video. Eventually, out of his dedication and a bit of luck, Rainbolt determined the video was taken in Gotemba.

He brought in backup, another GeoGuessr expert @unoxsoep, and once again pored over West-facing Google Maps streets and “quickly found the exact location.” Incredibly, the street still looks mostly the same, even after 13 years.

“The couple now plans on going back,” Rainbolt says. Maps really do bring people together. 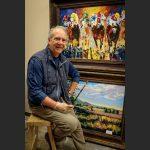