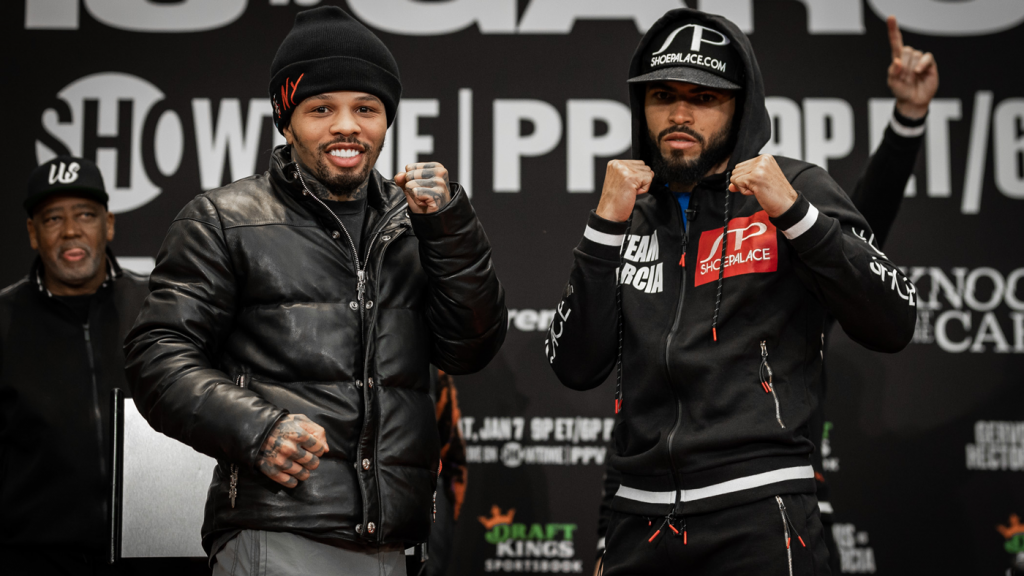 On Saturday night, Gervonta “Tank” Davis will look to take what should be the final step in making a long-awaited clash with Ryan Garcia a reality. Davis faces Hector Luis Garcia in a Showtime pay-per-view main event (9 p.m. ET) as a final tune-up for the already-agreed-upon April bout with Ryan Garcia.

The path to Saturday’s bout featured a significant detour last week as Davis was arrested for an alleged domestic violence incident only for the alleged victim to release a statement in which she said that Davis had never harmed her and that she “made an unnecessary call to law enforcement in an intense moment.”

Despite the incident causing obvious issues with Davis’ final fight preparations, the event moved ahead.

Davis (27-0, 25 KO) is one of boxing’s pound-for-pound hardest punchers and has experienced success from super featherweight to super lightweight. Saturday’s fight will be contested at lightweight, with Davis defending his secondary WBA title.

Davis only fought once in 2022, scoring a May knockout of Rolando Romero in an odd bout that saw Davis troubled by Romero’s length and odd style before a crushing left hook stopped Romero in the sixth round.

“We trained hard. He’s been saying some things that have turned me up,” Davis said at the press conference this week. “You definitely don’t want to miss this one. We’re going to make sure this is a tough fight for him. Don’t get no popcorn during this fight. Keep your butt glued to the seat. I promise you it’s gonna be fireworks.

“This is my job. I’ve been doing it since I was seven. I know that a lot comes with it, but if I stop now, then I wouldn’t have done what I came to do.”

Garcia (16-0, 10 KO) will enter the ring as a significant underdog, but pulling off a big upset would be nothing new to the Dominican.

Two fights ago, Garcia was a massive underdog against Chris Colbert in a fight in which Garcia stepped in on short notice because WBA super featherweight champion Roger Gutierrez tested positive for COVID-19. Garcia dominated Colbert, dropping him in the seventh round and getting a wide decision victory.

That set Garcia up for a shot at Gutierrez and the WBA title. Again, Garcia entered as the underdog, and again, he emerged victorious.

Speaking at the pre-fight media workouts, Davis made it clear that he’s aware of the threat Garcia poses and won’t look past him to the fight with the other Garcia which is scheduled to take place in a few months’ time.

“Garcia did what he had to do to earn this fight, Davis said. “He beat a top contender and then won the belt. Giving him the shot was the perfect timing for everyone. He’s earned his stripes.

“Our main focus is Hector Luis Garcia. We know that he’s a threat to everything I want to do. The goal is to put on a great performance, nothing else.”

CBS Sports will also have live coverage of the fight with round-by-round scoring and blow-by-blow updates to keep you up to date throughout the night.

The rest of the card fills out with some rising stars making their 2023 debuts. Jaron “Boots” Ennis is back in a welterweight showdown with Karen Chukhadzhian in the co-main event. Ennis is already a mandatory challenger for the IBF title currently held by Errol Spence Jr. A win on Saturday would also make him the mandatory for Spence’s WBA crown. Plus, Rashidi Ellis is back and set to take on Roiman Villa at welterweight. And Demetrius Andrade is set to make his debut at super middleweight when he takes on Demond Nicholson in the PPV opener.

Davis has clearly fought a better level of competition as Garcia turned pro late and took a while to get his professional career going. Davis is also more established at lightweight, though Garcia will have a four-inch height advantage on Saturday night. Garcia’s title-winning performance against Gutierrez may actually be key to why he is expected to struggle against Davis.

While Garcia dominated the first eight rounds of the Gutierrez fight, that was largely a result of Gutierrez putting in a very odd performance, basically refusing to put out any offense until his corner threatened to stop the fight. Gutierrez responded in the final four rounds by going on the attack, leaving Garcia often looking overwhelmed. Luckily, Garcia had already established too big of a lead for Gutierrez to overcome.

Davis is not a passive fighter, nor will he need to be encouraged to go on the attack. Garcia is likely to give a solid effort and he is a good fighter, as his domination of Colbert made clear. That said, Davis is likely to be too good and too strong as he clears the final hurdle for the Ryan Garcia fight. Pick: Davis via KO5