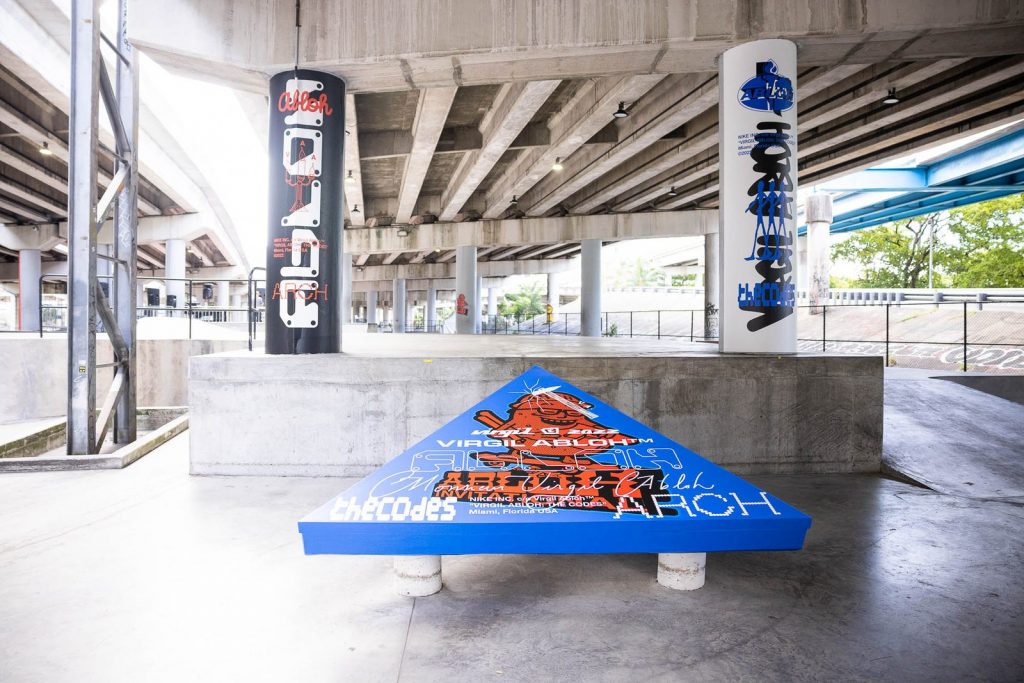 On a humid Sunday afternoon in Miami, long after most of the art-world insiders and assorted partiers had returned north, an all-star field of pro skateboarders capped off Art Basel with a rowdy skate jam at a park under the I-95 freeway. The event was held to honor Virgil Abloh, who in both life and work had established extraordinarily deep roots within the notoriously insular world of skateboarding.

Organized by Architecture, Abloh’s Nike-housed creative studio, the first annual Abloh Skateboarding Invitational drew a rare cross-section of skaters that transcended generations, specialties, and sponsors, with American Olympians (Zion Wright) competing in cash-for-tricks sessions against uber-stylish street skaters (Ishod Wair) and industry trailblazers (Sal Barbier). “It’s a pretty heavy group of talent,” said American skate legend Eric Koston, who co-hosted the event. As a pioneer of modern street skating, Koston knows better than anyone that skateboarding isn’t always a kumbaya type scene. But he found it remarkably easy to get the sport’s luminaries and young guns alike to take part. “Everybody dropped everything to be a part of this event. Everyone’s badge was ripped off and thrown on the floor essentially just to come together and do that for Virgil and for the community,” Koston said.

After all, they were celebrating one of their own. Abloh occupied a unique position in the skate world as an enthusiastic amateur who managed to vault to the center of the scene as a trusted collaborator and friend. The event, according to photographer Atiba Jefferson, “really shows Virgil’s effect on skateboarding, and what he did for skateboarding and the respect he has in skateboarding.”

The seeds of Abloh’s legacy in the skateboarding world were sown early in his life. “Skate was the first thing that he really fell in love with as a child,” said Virgil’s wife, Shannon Abloh, a few days before the invitational. “It influenced so much of his design practice and who he was as a person.” Mahfuz Sultan, the co-director of Architecture and one of Abloh’s closest collaborators, put it this way: “Virgil was first and foremost a skater. He wasn’t a basketball player, he wasn’t a track athlete.” In other words, Abloh approached his seemingly endless stream of projects armed with a lifetime of subcultural style references and a gritty, DIY sensibility all pulled from this one specific world. “The entire attitude of his Nike Off-White collaborations had this underlying skate energy—the writing on his shoes, the laissez-faire attitude to them being clean or together,” said Sultan.