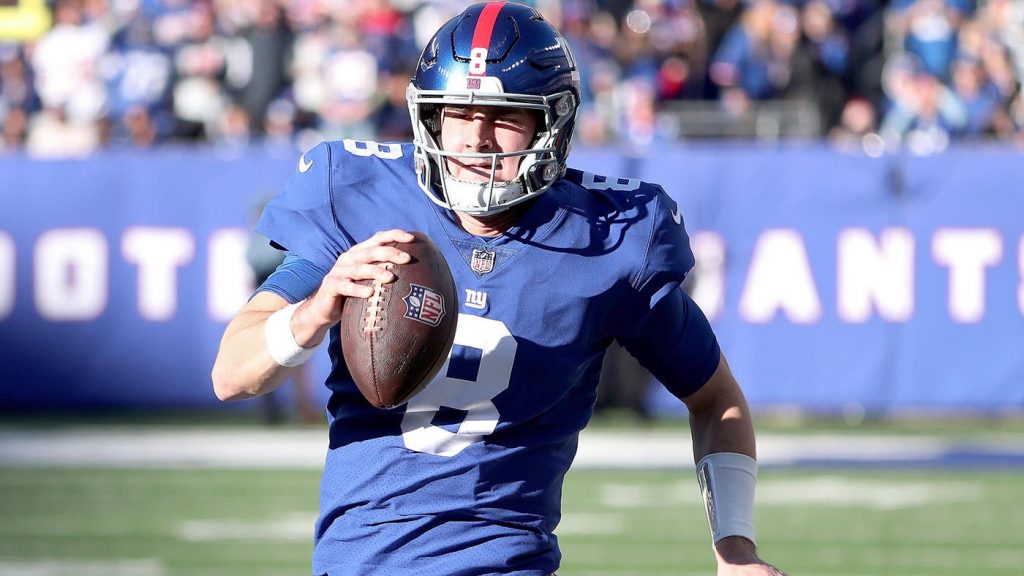 On September 1, the Giants were +235 to make the playoffs. They defied the odds and are in the postseason after a convincing Week 17 victory over the Colts. What a Year 1 in the Brian Daboll-Joe Schoen era for the G-Men.

After a rousing start to the season, the Giants fell on hard times around the midway point, yet battled through and Week 18 only matters for playoff positioning for the Eagles in the season finale in Philadelphia.

Some are saying these Giants feel like the 2017 Bills, a valiant barely-above-.500 club, with a first-year head coach, that ended Buffalo’s 17-year playoff drought by sneaking into the postseason in the final hours of that regular season.

But why not compare the Giants to the two most famous recent Giants playoffs teams — the 2007 and 2011 clubs that certainly didn’t set the league on fire in their respective regular seasons but surged when it mattered most and upended prime Tom Brady and the Patriots in the Super Bowl twice!

This Giants team isn’t as good as those teams, right? RIGHT? Let’s remove hindsight here. Remember, the 2007 Giants went 10-6 and won the title as a wild card team, and the 2011 Giants were a 9-7 NFC East champion. No one was overly frightened of either G-Men squad as a playoff participant.

If you’re not into staring at that table, I’ll summarize with vital takeaways.

Now, the 2011 Giants were more susceptible on defense — allowed higher than league average in all major categories — which likely was part of the reason why that club went 9-7 in the regular season. But they could really move the football through the air and score.

And doesn’t the striking resemblance between the 2007 Giants and this season’s team feel perfect?

Think about it — those 2007 Giants had built a quality team for Manning early in his career but flopped in consecutive wild-card rounds. No one had labeled Manning a bust, but he had yet to produce a season with a passer rating of 80 or better. And in 2007, he threw 20 interceptions, the most in the league.

He was a gritty quarterback with an often-awkward style who, at that point, had not met normal No. 1 overall pick expectations. While not nearly as highly touted as a draft prospect as Manning, the start to Daniel Jones Giants career has felt eerily similar — Top 10 pick, at times really good, other times, laughably bad. And yet, here he is, quietly humming under the radar, 13th in passer rating (92.5) entering the regular-season finale. Jones’ 2022 has felt very Eli-esque.

That upstart 2007 Giants team was led on defense by its front of Osi Umenyiora, Justin Tuck, and Michael Strahan, a trio that combined for 32 sacks and 41 tackles for loss in the regular season.

This year’s team? Same deal. While the sack numbers aren’t as high, Dexter Lawrence and Leonard Williams are super-disruptive, interior fixtures of the defensive line and Kayvon Thibodeaux is the big, uber-talented edge rusher who poses a genuine down to down threat to opposing offensive lines.

Offensively, they were buoyed by a road-grading offensive line and a prolific run game. That’s the book on the 2022 Giants, with an improved blocking unit and Saquon Barkley, who’ll probably be a first or second-team All Pro.

I won’t predict this year’s Giants team will go on a 2007-like run from a wild card spot to hoisting the Lombardi Trophy. That 2007 Giants team won by 10 on the road in the first round of the playoffs, squeaked out a four-point win in Dallas then upended the Brett Favre Packers in a memorably frigid NFC title game before toppling the then 18-0 Patriots in a rather wild 17-14 affair.

Yet it’s now been established from a team productivity perspective, on both offense and offense, the pleasantly surprising 2022 Giants are very comparable to the 2007 Giants club that won a Super Bowl title when no one thought they could.