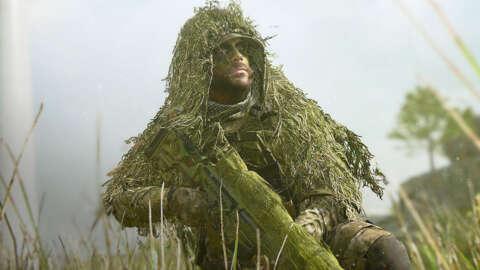 Activision has clarified the SMS requirement for Call of Duty: Modern Warfare II, confirming that a phone number is required for PC players but not on console. This confirmation comes not long after another Activision Blizzard game, Overwatch 2, made headlines for its own controversial SMS policy.

In a blog post, Activision said a “text-enabled mobile phone number” is required for Modern Warfare 2 on PC. This is the same requirement that has been in place for Warzone players on PC since May 2020. Anyone who previously played Warzone on PC won’t have to do anything else to get started with Modern Warfare II and Warzone 2.0. Additionally, people on Steam must link a phone number to play Modern Warfare II, so this requirement is not limited to Battle.net alone.

Activision also provided an update on the efforts it’s taking to fight cheating in Modern Warfare II and Warzone 2.0. Activision’s Ricochet anti-cheat system will be available at launch for Modern Warfare II and Warzone 2.0, and it will be beefed up with “better detection capabilities, additional access to develop and deploy new mitigation techniques, and expanded freedom to update our security more frequently than ever before.”

And lastly, let’s talk about Gotham Knights. The upcoming brawler set in the Batman universe will get a proper four-player co-op mode in late November, a little over a month after the game’s October 21 release. Called Heroic Assault, the mode will be added to Gotham Knights as a free update on November 29 and is entirely separate from the main story campaign.