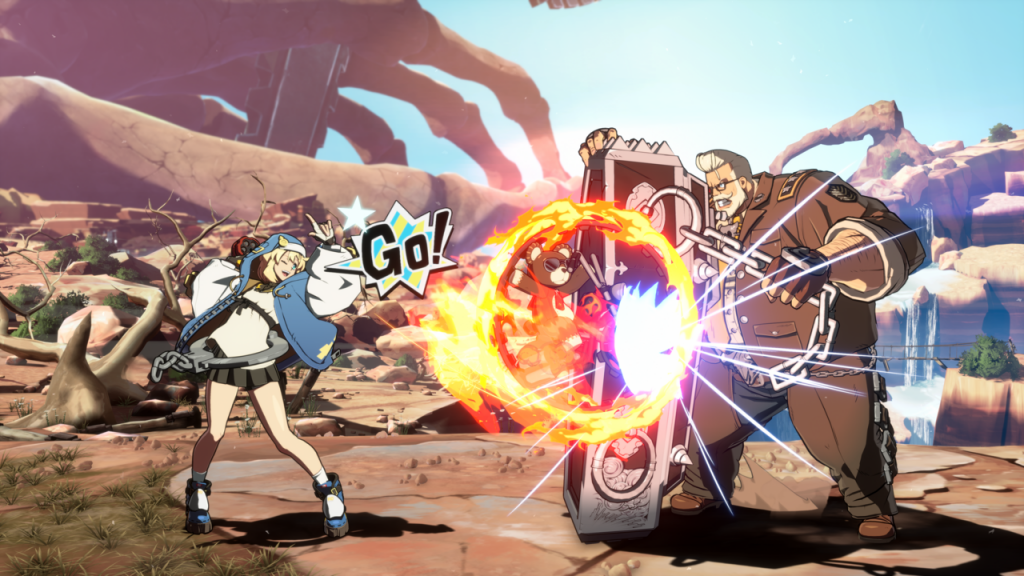 Arc System Works has announced Guilty Gear Strive Season 2 at Evo 2022, with the first character of the four Season 2 additions was also announced: Bridget, who hasn’t been playable in a Guilty Gear game since 2008’s Guilty Gear XX Accent Core Plus.

Bridget marks the sixth addition to Guilty Gear Strive since its 2020 launch, preceded by Goldlewis Dickinson, Happy Chaos, Jack-O, Baiken, and Testament. They wield a giant yo-yo as a weapon, while also carrying a plush teddy bear that will throw out a few attacks of its own.

Guilty Gear Strive Season 2 was announced during the Evo 2022 Guilty Gear Strive tournament, which led all other games at the event with over 2,100 entrants. The season will include four characters, multiple stages, and more. A season pass will be available for $25 which will give access to all of the content as it releases, beginning with Bridget, two stages, and the second color pack on August 8.

Guilty Gear Strive is a 2D fighting game set in an alternate version of Washington DC, and it concludes the story of series protagonist Sol Badguy. The game was released in June 2021 for PlayStation 4, PlayStation 5, and PC, and recently reached one million units sold since launch.