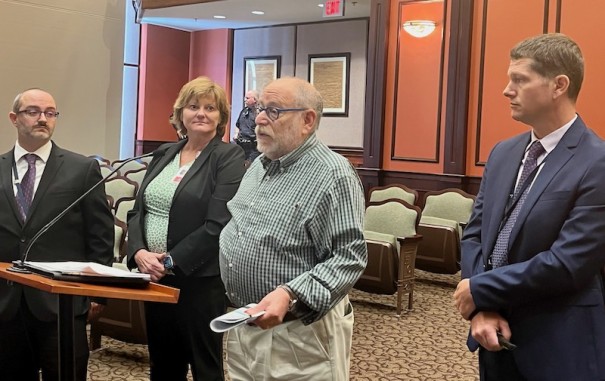 Many homeowners in Henderson County have been waking up happy that a red hot housing market added a little more equity to their largest asset every day.

They may not be quite as happy if the countywide revaluation reflecting those higher values means higher property taxes a year from now. Home prices are up 45 percent from where they were on Jan. 1, 2019, the effective date of the last reappraisal, Henderson County’s tax chief told county commissioners last week.

While she made no projection of what’s widely expected to be sizable increase in values, Tax Administrator Darlene Burgess delivered a preliminary report on where the reassessment stands and ticked off statistics that point to significant appreciation in real estate.

Assessors are getting to the short rows of a four-year-long process to stamp a value on all 69,422 parcels of real property — 68 percent of which have a structure on them. State law requires counties to reassess real estate at least as often as every eight years. Since 1995, Henderson County has opted to reassess every four years. The goal of the reappraisal is to assess all real property at 100 percent of its market value as of Jan. 1, 2023, Burgess said. The revaluation team is made up of a manager, nine appraisers, an analyst and a clerk, and the field appraisers began visiting parcels in 2019. The team has trained sights on 94 percent of the nearly 70,000 parcels, Burgess told commissioners, and will visit the rest by Jan. 1.

“You heard Darlene mention a moment ago that our staff will by the end of this process have visited every single parcel in this county,” County Manager John Mitchell said. “That is a titanic achievement, and it’s never been accomplished in house. I think the last time we did it we had to pay a firm to come and do it.”

When Burgess wrapped up her presentation, the county manager and commissioners showered the tax office employees with praise. Mitchell singled out appraisal team manager Kevin Hensley and collections supervisor Luke Small for their work.

“You’ll notice we keep bragging to the Board of Commissioners about the amount of money that’s been brought,” he said, citing the county’s ad valorem tax collection rate this year of 99.26 percent. “It’s their job to bring in the money,” he said of Small and his team of collectors. “We just came back from the North Carolina Association of County Commissioners and that is not the case throughout the state.”

“I’ve never seen a more dedicated staff than this one here,” he said. “Before I moved here, most of the reassessment services were farmed out to private entities. They’re not invested the way these people are. They live here, they work here, understand property values and how it applies when the assessment happens. It makes it easier when you’re sitting on the other side of the table listening to people complaining about assessments.”

While commissioners — and the taxpayers they represent — benefit from a fair property valuation and high collection rates, the elected leaders also tend to emphasize fairness when the revenuers engage with taxpayers.

“Tax appraisers and tax collectors are not the most well liked people in the community,” Board of Commissioners Chairman Bill Lapsley observed. “We just want you to know on behalf of the board we appreciate everything that you’re doing. You treat everybody fairly and aboveboard in a very professional manner.”