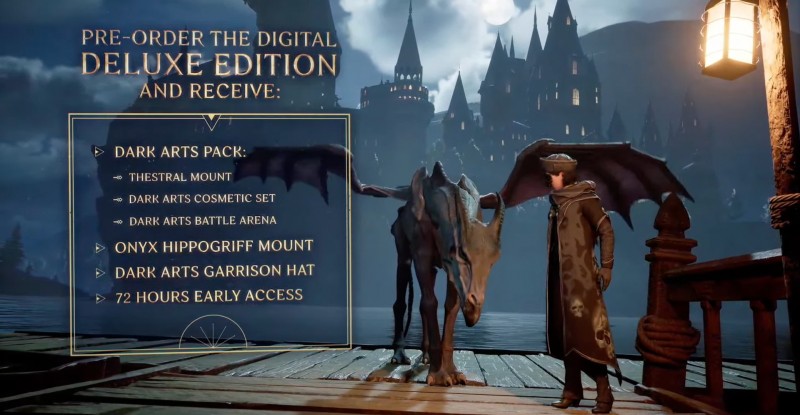 Developer Avalanche has released a new Hogwarts Legacy trailer detailing unforgivable curses, the dark arts, and the choice to use them or not in the game.

The trailer was revealed during today’s Gamescom Opening Night Live showcase hosted by Geoff Keighley and while it didn’t feature much by way of gameplay, it did give us plenty of new glimpses of magic. In particular, it showed us that we might have access to unforgivable curses such as the Cruciatus Curse in the game. Crucio is essentially a curse that allows you to torture whomever or whatever you use it on – it’s very much of the Dark Arts side of magic and as the name suggests, hard to forget and even harder to forgive in the world of Harry Potter.

Check it out for yourself in the trailer below:

“Should you choose to befriend Slytherin student Sebastian Sallow, you will be faced with the decision to embrace or reject the Dark Arts as you uncover his family’s mystery through his companion quest line,” the trailer’s YouTube description reads. “Will you choose to learn this dark magic?

“Focusing on one of Hogwarts Legacy’s optional companion quest lines with Sebastian Sallow, the Dark Legacy trailer provides a glimpse at the forbidden curses and difficult dilemmas players will face as they learn more about the Sallow family’s mystery and decide whether to engage with, or even embrace, the dark arts.”

Here’s a look at what preordering the Digital Deluxe Edition of the game will get you:

For more about the game, check out the latest details revealed during a March Sony State of Play, and then read about Hogwarts Legacy’s PS5 DualSense features. Read about how controversial Harry Potter creator JK Rowling is not involved with the making of Hogwarts Legacy (although she will almost certainly be getting money as a direct result of this game).

Are you excited about Hogwarts Legacy? Let us know in the comments below!