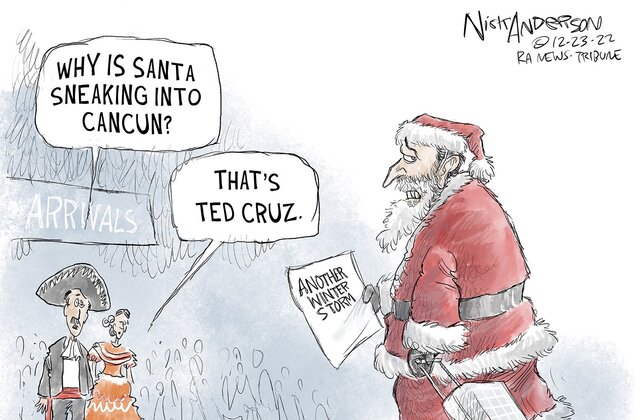 The House passed a massive bill to fund the government on Friday, staving off a government shutdown just ahead of deadline, after ugly partisan bickering on the House floor that foreshadowed possible dynamics to come in the new Congress.

House Republicans hurled full-throated rebukes at Democrats over the $1.7 trillion bill, which provides $45 billion in aid for Ukraine, reforms the Electoral Count Act to clarify procedures for tabulating the presidential vote, includes funding for the PACT Act that bolsters veterans’ health care, and increases money for student Pell Grant recipients, among a number of lower-profile issues – from a ban on TikTok on government devices to an overhaul of cosmetic regulations to protections for the Maine lobster industry. The lawmakers criticized the bill as an irresponsible and bloated package that would worsen inflation and waste taxpayers’ money.

Unlike in the Senate, where the bill passed on Thursday afternoon with solid Republican support, the legislation that will fund the government through Sept. 30 was approved largely along party lines in the House. Indeed, House Republicans have been critical of Democrats’ work on the long-term spending bill unveiled earlier this week, arguing that the new Congress – with a new GOP House majority – should make spending decisions in the new year, while some Republicans even threatened to oppose the legislative priorities of their colleagues who support the bill.

Republican Rep. Chip Roy of Texas shouted his objections to the chamber, calling the bill “a complete sham.” Others complained that the spending bill was directed at “woke” Democratic priorities such as climate change and LGBTQ-friendly projects, while others said it was wrong for House Democrats to put up a spending bill in a lame-duck session.

Even with a small showing in the chamber, as dozens of lawmakers opted to vote by proxy amid a winter storm that threatened to keep them in Washington for the holiday weekend, Republican lawmakers were vocal on Friday, using the opportunity to air their grievances with Democratic policies across the board, focusing in on the situation at the southern border in particular, as the outcome of the spending bill remained all but certain.

Tensions between Speaker Nancy Pelosi of California and the likely next speaker, Rep. Kevin McCarthy of California were prominently on display Friday, as McCarthy took to the floor for 25 minutes to chastise Democrats and the Biden administration on border security, deaths from fentanyl, the IRS and the FBI.

“The people have spoken. They didn’t like that you didn’t do your job,” McCarthy said as his party prepares to take over the chamber in the new year, although he is still trying to assemble the votes to become speaker.

McCarthy called the omnibus “a monstrosity” and “one of the most shameful acts I have ever seen in this body,” which drew an astonished response from Pelosi, in what she said was likely her last House floor speech as speaker.

“It was sad to hear the minority leader say this legislation is the most shameful thing to be seen on the House floor this Congress,” she said. “I can’t help but wonder: Had he forgotten Jan. 6?”

The Senate approved the legislation on Thursday afternoon, after a dispute over immigration policy threatened to derail the bill’s progress as the Friday deadline approached. Adding to the time pressure was the winter storm over much of the country. And a visit from President Volodymyr Zelenskyy on Wednesday also seemed to add urgency to approving the package, with funding for Ukraine to continue its fight against Russian aggression at stake.

Unlike House Republicans, Senate Minority Leader Mitch McConnell of Kentucky called the bill “imperfect but strong” on Wednesday, citing funding for the military that would outpace inflation, while noting that Senate Republicans would have handled things differently.

– Susan Milligan contributed to this report.