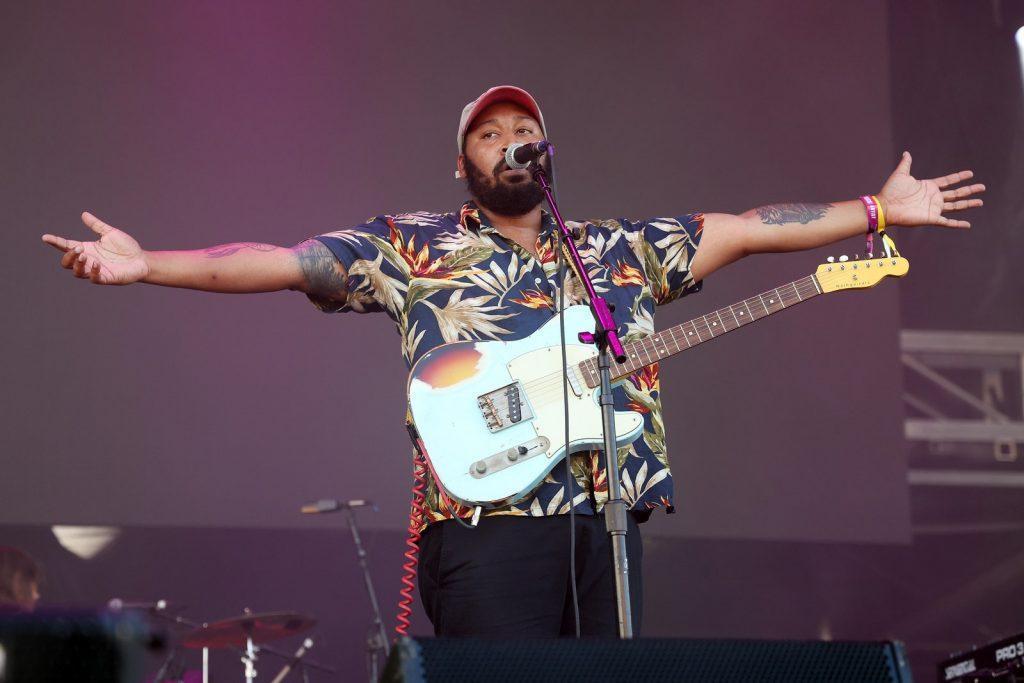 Even Bartees Strange has struggled to wrap his head around the past year. “It’s a trip, dude. It’s so hard to know what’s even real,” he says with a grin. “But then you play a couple of shows, and you’re like, Whoa.” The singer-songwriter has gone from covering the National songs to touring with the beloved band. (They even invited Strange on stage to play some of their own hits with them.) If his debut album (2020’s Live Forever) kicked up some indie rock dirt, then this year’s follow-up, Farm to Table, moved indie rock mountains. It dazzled critics and frenzied fans, thrusting the Strange name further into the independent mainstream. He and his band played shows across the globe with big-time acts like Phoebe Bridgers, and his own headlining tour kicks off next month. Whoa sounds about right.

Strange has never given a second thought to straying from convention. He floats in and out of genres, and his songs are full of hooks and riffs you never quite see coming. “I found myself on that journey to doing everything I wanted,” he explains. “I’ve always thought of clothes just as I think about music. No one’s going to tell me what to play. I’ll play whatever I want to play. I’ll play in a hardcore band, but I will do it the way I want. Or I have a little indie rock band now, but I rap on it. I play country stuff. I make beats on it. I do whatever I want.” He brings similar thinking to getting dressed: As his sound and shows have gotten bigger and more grand, so has his sense of style.

In his mind, the two are intimately connected. “I’m trying to start this conversation around Black artists and guitar-based music. It may look new, but it’s actually very old. The history of it is very deep. And some of those artists were some of the most extraordinary dressers of all time.” He lists some names: Sly Stone, Bootsy Collins, George Clinton, Prince, Brothers Johnson, Ohio Players. Strange is studied, and he isn’t exaggerating—vintage photos of those mentioned above reveal some very sharply dressed men. “These guys, when they got on stage, it was insane. They defined what a rock and roll outfit was.”

Nowhere was Strange’s expanding sense of style more on display this year than at a show he played in June at Los Angeles’s Getty Center, the famous Richard Meier-designed campus up in the hills. When Strange got the call, he knew he wanted to wear something that rose to the occasion. He landed on an ethereal longline coat and matching trousers from the latest Homme Plissé Issey Miyake collection. (His band looked equally dripped-out, too.) It was perhaps the first time the late Japanese designer’s ultra-pleated clothes were accessorized with a Fender Jazzmaster.