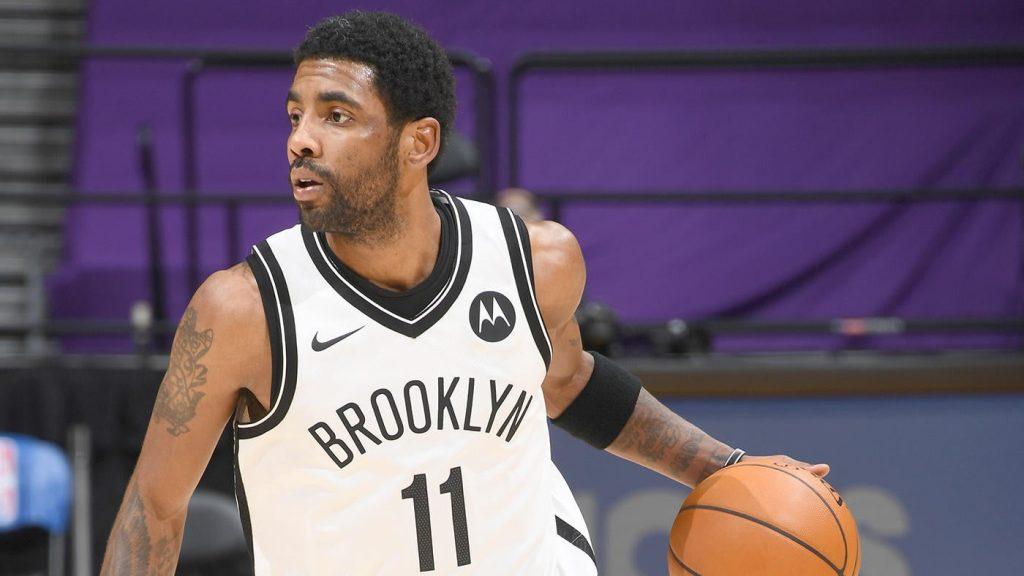 Much of the Los Angeles Lakers’ hang-up to trade Russell Westbrook centers on a reluctance to part with their 2027 and/or 2029 first-round draft pick(s), which is understandable. Those picks are pretty much the only assets the Lakers have as a bridge to the post-LeBron era, which could be right around the corner. If they deal those picks, signaling a willingness to punt on the future, the short-term return has to be worth the sacrifice. They have to become immediate contenders.

But that’s not the only hang-up. As Dan Woike of the Los Angeles Times reported back in September, the Lakers were ready to give up one of their future draft picks for Bojan Bogdanovic in a deal with the Jazz, but they didn’t want to take on any long-term salary, which Utah wanted to unload as part of the package. So no deal. Now Bogdanovic plays for the Pistons.

Why didn’t the Lakers want to take on any guaranteed salary beyond this season? The prevailing belief is they are, or were, waiting on Kyrie Irving to become a free agent next summer, when the Lakers, per Spotrac, will be in position to create nearly $36 million in cap space with only four guaranteed contracts on the books (LeBron James, Anthony Davis, Max Christie and Damian Jones, who has a 2023-24 player option).

Given all that has gone on with Irving over the past week, it begs the question: Can this seriously still be the Lakers’ plan? We know Rob Pelinka hasn’t always made the best roster decisions, and the Lakers are desperate, but would any team be desperate enough to bring Irving anywhere near their locker room at this point?

The drag of Irving’s off-court baggage, no matter how well he plays on the court, is almost sure to leave your franchise’s net rating in the red. Look at this season. Irving is averaging 27 points, five rebounds and five assists, and the Nets are 2-6. Their coach got fired. Their PR team is in crisis mode. All of this for a guy who played 29 games a year ago — basically sabotaging Brooklyn’s season and at least indirectly leading to the trade of James Harden and the subsequent trade demand of Kevin Durant — because he refused to get vaccinated.

Even if Irving does the dance for the rest of this season, says the right things, or more importantly doesn’t say the wrong thing, and the Nets salvage some semblance of a competitive season, most of which feels unlikely, what evidence suggests that Irving’s next batch of drama isn’t brewing right around the corner?

That’s the thing with this guy. You literally have no idea what he’s going to say, what he’s going to do, from one day to the next. He’s like those signs on the side of the road that say “Fire Danger High Today” because you know it only takes one little spark. I’m from Northern California. If you follow the news out there, you know, the fires are inevitable. So is Kyrie. At some point, he’s going to burn your team to the ground.

He’s still tempting, because his talent is similarly flammable. The man can light opponents on fire with equal ferocity. He and LeBron James are still seen as some sort of superhero pairing because of what they pulled off in Cleveland, specifically with the title in 2016, when Irving hit the Game 7 shot that continues to serve as a life raft for his reputation.

Without that shot, without that title, there is no way Irving would be seen as anything close to a positive asset. He’s torched every other situation in which he’s played. The Celtics were better without him than they were with him, and the very second he left they became a title contender. The Nets are currently a joke.

The Lakers, in many ways, are their own kind of punchline, but there’s a baseline level of credibility to any team that employs LeBron James. Maybe I’m wrong, but I find it hard to believe that LeBron would co-sign an Irving addition in light of all that’s transpired since they last played together. He had probably talked himself into it before this past week. But this is too much. Irving is a train wreck.

What’s scary, if you’re a Lakers fan who doesn’t want anything to do with Irving, is that he’ll likely come cheap. A few months ago the Lakers were talking about giving up draft picks for Irving, then the conversation shifted to hoarding cap space to sign him for tens of millions next summer. Now they honestly might be able to get Irving for the minimum. There’s a very plausible scenario in which the Lakers don’t have to bid against anyone else for Irving’s services because nobody else wants the guy.

In that situation, the Lakers might do it. And they’ll likely regret it.

There’s another scenario, however, that could play out. For the sake of argument, if the Lakers were only hesitant to commit to salary beyond this season because they wanted room to sign Irving next summer, but now that plan has been scrapped, might that open up more trade options in the near term?

We all know about the potential deal with the Pacers, who can send Buddy Hield and/or Myles Turner to the Lakers for Westbrook and at least one of those draft picks. Hield is on the books for $19.3 million next season. Perhaps that was a holdup for the Lakers under previous plans, but if signing Irving is no longer a priority, why not pay Hield? Frankly, he helps the team more anyway.

As for Turner, he’s a free agent next summer. The Lakers could look at him as a rental or try to sign him with the almost $17 million in space they would still have even if they retained Hield. If Turner can end up commanding more than that, the Lakers take to the open market with decent cap space available to add to a LeBron-Davis-Hield trio.

Meanwhile, they become a relevant team this season. The Lakers are scrapping defensively. They can, and often do, play with great energy and pace. Adding a shooter of Hield’s caliber, to space for LeBron, and a rim-protecting stretch big like Turner to play next to Davis, is a move that, unlike almost every other move Pelinka has made over the past few years, makes perfect basketball sense as it pertains to the needs of this particular roster.

If not this trade with Indiana, then perhaps something else. The point is, if the plan to sign Irving is no longer seen as viable, which should be the determination of any levelheaded organization, options open up.

LeBron James is still playing great. Cross your fingers that Davis can be halfway healthy come the postseason, and in the meantime make a trade that better ensures that you actually have a spot in the playoffs, and positions you to do actual damage once you get there. Who can be the guy, or guys, to take the Lakers from where they are to where they want to be, that’s debatable. But one thing which we all should be able to agree is that Kyrie Irving ain’t it.