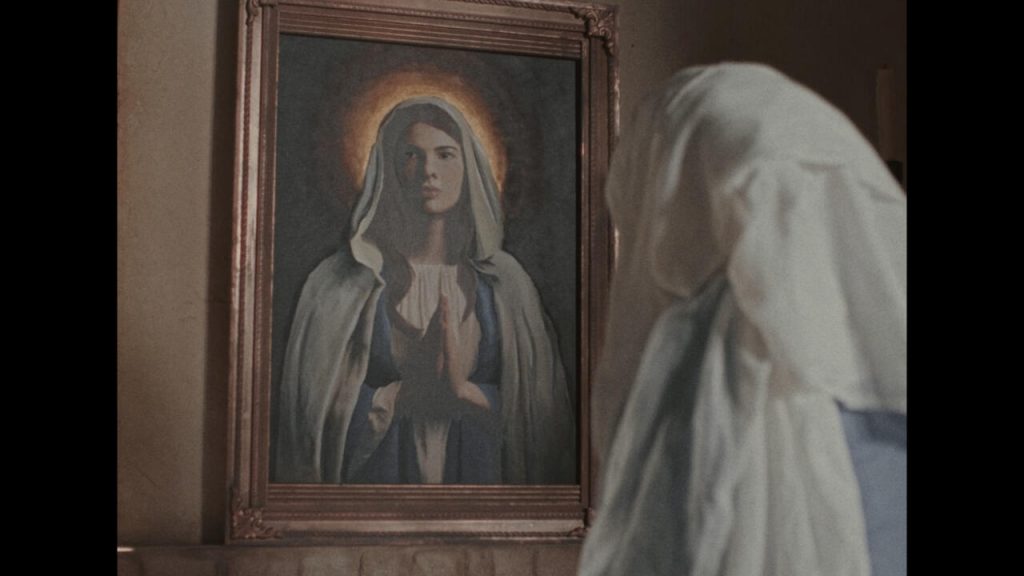 There’s a moment in movies where a restless, investigative protagonist falls down a proverbial rabbit hole and unveils a startling truth, reframing everything they thought they knew. The allure of Immortality, much like other games from Sam Barlow and Half Mermaid, is that it casts the player in this exciting role and builds to its ultimate unveiling. It’s borderline impenetrable at times, as both the basic A to B plot and its greater themes are much more opaque than the team’s prior puzzles. And yet, it’s not really worse off for it. Despite–and sometimes because of–the dizzying effect of falling down the rabbit hole, Immortality becomes another standout narrative. It’s similar to its predecessors, Telling Lies and Her Story, in some key ways, but more thought-provoking, too, and certainly more unnerving than you’ll be prepared for.

Writing this review has proven difficult because virtually all of the game feels like a spoiler. I can allude to things, such as the game being scarier than I would’ve guessed, but I can’t really tell you why. I can vaguely mention the story’s dramatic turns, but given the scattered timeline, you may not see certain moments yourself until long after I did. I can at least explain how this game works, because if it’s the first time you’re experiencing a game from this small team, it’s going to feel completely alien.

Playing Immortality is like operating an old-fashioned Moviola machine, once used by editors in filmmaking but now repurposed to let you scrub through hours and hours of vintage live-action movies in an attempt to solve a mystery: What happened to Marissa Marcel? As a fictional 17-year-old actor making her movie debut in late ’60s Hollywood, Marissa was primed to be the Next Big Thing, but over the next 31 years, she would only be cast in three movies, and none of them ever saw release.

Figuring out the why of the matter is up to you, and using this Moviola machine, you’ll rewind, fast-forward, pause, and zoom in on any detail of your choosing in any given scene. Doing so will bring up a similar image from elsewhere in the archives, so in one moment, clicking on Marissa’s face when she’s portraying Matilda in 1968’s Ambrosio may bring you to a table read for 1999’s Two of Everything. Clicking on the same scene at another point, including even on Marissa’s face in a different frame, may bring you to 1970’s Minsky instead.

You can’t foresee where the Moviola machine will take you next, but you’ll soon understand that it’s best to explore faces and objects that seem interesting to you. The point is to keep finding new scenes by clicking on different things, and then clicking on elements of those new scenes to find more scenes. As you watch more and more footage, you’ll start to piece together the larger story yourself.

These three movies are intermixed without any sorting beyond the dates on which they were recorded, but it’s enough to start to form the multi-layered narrative across several hours of playing. On one level, it’s necessary to figure out what the three movies are each about, because doing so informs the cast and crew’s mindsets, their artistic inspirations, and maybe their darker sides. But the footage you’ll uncover extends past the movie scenes themselves. It also includes auditions, behind-the-scenes moments, and, well, you’ll see.

Like Telling Lies and Her Story, things you think you’ve come to understand will routinely be undermined by information you learn as you continue digging. Each recontextualization feels like a startling end to a chapter in a great book. Is this a crime drama? A horror story? A love story? It’s a bit of all three–and more–at different times. It plays like most literature reads, in that it’s more concerned with its underlying themes than its plot.

Immortality’s no-wrong-answers approach to unraveling its many threads is perhaps less rewarding here than in past Half Mermaid games, on account of how confounding it remains right up to the very end. But it’s more riveting for the same reason and left me dwelling on what I saw versus what it wanted me to understand. I don’t feel Immortality intends to be a game that leaves players misunderstanding what happened, but because it has a definitive end point, you can reach its conclusion with less clarity than someone else who played for the same number of hours.

The footage from 1968 and 1970 feels incredibly authentic, with film grain, muffled audio, dated camera techniques, and authentic set dressing to send players virtually traveling through spacetime. Though the 1999 movie is much more recent and thus requires a much different approach than the other movies, it too manages to feel like a time capsule from a bygone generation.

Performances across the board are excellent, and by working with unknown actors, Half Mermaid smartly keeps players from being distracted by recognizable faces. Marissa is said to have disappeared, after all. The illusion of a mystery waiting to be solved doesn’t work as well if it’s Anya Taylor-Joy performing the role of the vanished actor.

When you consider that each actor in the game is playing as many as three or four characters across the whole timeline, it’s really unlike anything else that’s been done before in games, even among the team’s prior works. The general opinion of live-action games is that they come off as awkward half-movies, half-games that do neither medium justice. For the third time, Sam Barlow’s team defies that stereotype with a thoughtful script, brilliant actors, and a player-driven Pandora’s unboxing.

There are moments in this game about which I can’t go into detail, but they are the main reason I’ve given this game the high score you see below. The first time I came upon an example of a particular game mechanic, I jumped out of my seat with excitement, alerting my wife that what I thought Immortality was going to be had dramatically changed in an instant. Even once I learned how Immortality works, it continued to surprise me with what it would show me, what it would tell me, and best of all, what it would refuse to tell me, leaving me to dwell on it long after I finally discovered Marissa’s fate.