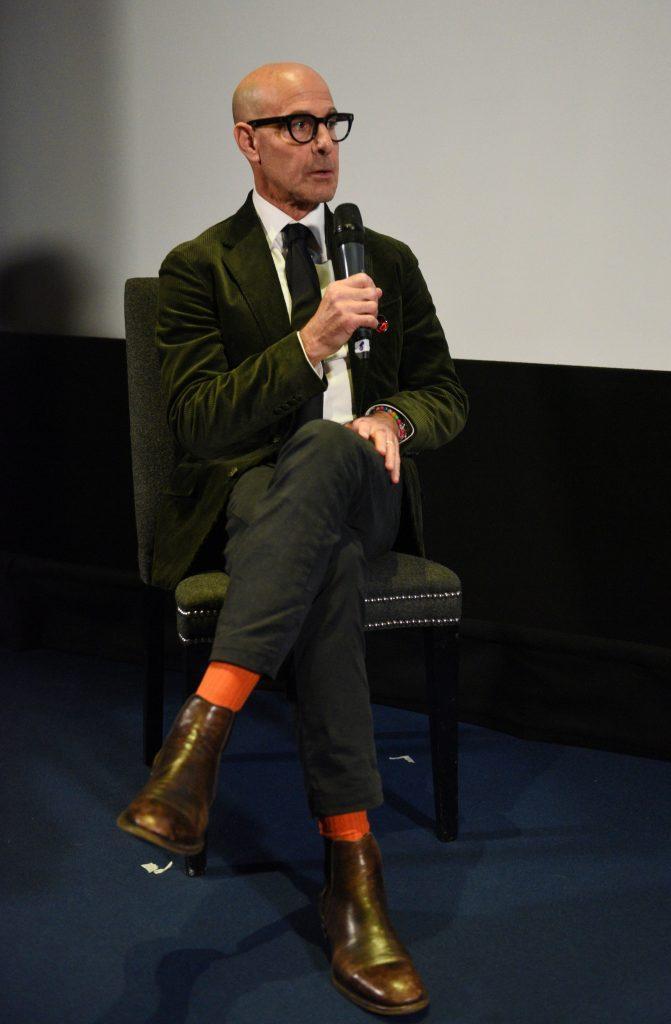 Stanley Tucci is, by his own admission, the type of person who still gets dressed up to go on an airplane—a quality that has maybe less to do with what he decides to wear on an airplane and more to do with how he moves through the world in general.

“I mean, everybody’s dressed like a nine year old. And you think, but you’re not nine years old! You’re a person. Put a shirt on, wear a pair of shoes,” the actor told Condé Nast Traveler this past summer, regarding his travel pet peeves. “But that’s a very old fashioned way of thinking. You always got dressed up to travel. I still do. I’ll sometimes just wear a suit on a plane. I’ve become a little less severe as I’ve gotten older, but I will always have a jacket.”

Over the last few years, Tucci has made a late-ish career swan dive into the warm, salty waters of the Mediterranean Sea, both literally (as the host of the CNN travel series Stanley Tucci: Searching for Italy) and also sort of figuratively. But becoming Hollywood’s reigning bon vivant feels like a mere extension of his longstanding and refined sense of personal style. On the show, he dresses as “a sharp Italian local” might, in a simple uniform of serene, tailored slacks and shirts in coastal shades of blue and tan. Off the show, he turns up the dapper dial to a steady thrum, going for structured jackets, robustly knotted ties, and menswear-y patterns. This week, hosting a film Q&A in London, Tucci wore a velvety, deep olive corduroy jacket with orange socks, a kooky beaded bracelet, and brown Chelsea boots. Fall mode activated, as they say.

But beyond traveling and acting (which he still does—he’s portraying legendary music manager Clive Davis in the Whitney Houston biopic slated for release next month), Tucci has also entered into the covetable celebrity industry of tastemaking, becoming a public figure that people look to for other lifestyle recommendations, such as to how best prepare a very dry, almost gestural gin martini that he says pairs well with oysters Rockefeller, “substantial canapes,” and jazz. So it’s no shock that, amidst it all, he’s still getting fits off. Cheers to that.