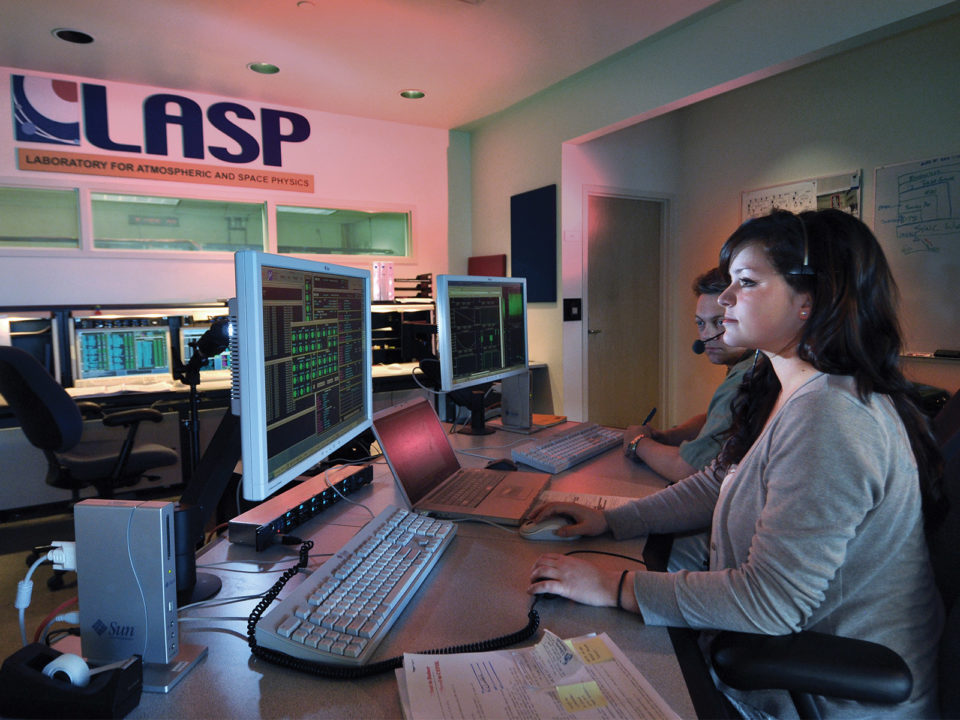 How does this sound: a flight from Denver to anywhere in the world in under three hours. Plus, you get to skip the security lines at DIA. If Adams County has its way, that dream will manifest at the Colorado Air and Space Port (CASP).

Formerly known as the Front Range Airport, this general aviation center changed its name when it received a license for space operations from the Federal Aviation Administration (FAA) in 2018. But while it’s one of 13 FAA-approved spaceports—essentially commercial space launch sites, as opposed to NASA’s Cape Canaveral complex—don’t expect dramatic rocket launches. Instead, CASP will have spaceplanes that take off and land like traditional aircraft but can leave the atmosphere behind temporarily.

Adams County is betting that space tourism outfits could be using this technology for quick out-and-back suborbital trips by the end of the decade. CASP officials hope the site will be the perfect location for space tourists, says deputy county manager Jim Siedlecki, because they would rather make the 14-mile transfer from DIA to CASP for their flight than board a bus in, say, Albuquerque for a three-hour ride through the desert to New Mexico’s rival Spaceport America. “Then, maybe they wrap [their trip] around a weekend that includes a Rockies game and hiking a fourteener,” he says. “Those are the kinds of things that we imagine when we think of the future.”

There’s also no reason those spaceplanes have to land back at CASP, meaning it could become a hub for airliners capable of taking you to the other side of the globe in just a few hours. The facility already has an agreement with Spaceport Cornwall in the United Kingdom to do just that, once the technology becomes available.

That’s the plan, anyway, but for now, CASP is still a general aviation airport. “Dedicated spaceports are a one-trick pony right now that struggle with revenue,” Siedlecki says. “Aviation is going to pay the bills for us moving forward, and if there is a tipping point where aerospace starts to make more money, that’s great. We have the capacity to handle both.”

3,300+: Speed, in miles per hour, future spaceplanes will be able to reach after taking off at CASP

The Need For Speed

One Colorado company is betting its future on a decades-old concept: a supersonic passenger jet.

When the Concorde was retired in 2003, supersonic air travel went the way of the dodo: flightless. Now, a Denver startup is working to bring sound-barrier–breaking passenger planes back from extinction. Although Boom Supersonic’s 65- to 88-seat Overture airliner isn’t set to board passengers until 2029 at the earliest, the company has already signed a deal to provide United Airlines with 15 planes and received $270 million in investment from the likes of American Express and the U.S. Air Force, which is currently on the hunt for a high-speed Air Force One. Here’s what the hype is all about.

You’ll be able to use your large electronic devices around 60,000 feet, or about two Longs Peaks above today’s airliners and high enough that the sky begins to turn black.

Boom plans to use sustainable aviation fuel made from renewable biomass (think algae and manure), which could help the company achieve carbon neutrality.

Individual airlines will set the final prices, but Boom is designing the Overture to be profitable with fares comparable to a current business class ticket.

The Overture should reach Mach 1.7, or around 1,300 miles per hour—quick enough to chop three hours off the current six-and-a-half-hour New York-to-London flight time.

Boom’s planes will go 4,888 miles without refueling. That’s 700 miles farther than the Concorde and about the distance from Seattle to Tokyo.

We wouldn’t trust college kids to borrow our Subarus, but that hasn’t stopped CU Boulder from handing them the keys to multimillion-dollar satellites.

The University of Colorado Boulder is famous for producing future astronauts, but its current students don’t have to complete the decade-plus of rigorous, highly specialized training it takes to become a space jockey to reach beyond Earth. “They just have to take what we call Spacecraft 101,”says Dan Baker, director of CU’s LASP.

The extracurricular class teaches interested undergraduates how to operate and maintain satellites; then, after passing a battery of tests as difficult as any final you’ve ever taken, they’re hired by LASP. Typically, anywhere between 20 and 30 students are on staff, often dropping by between classes to monitor missions launched in partnership with NASA, private companies, or even foreign countries (such as the United Arab Emirates) that need LASP’s expertise.

By the time the students receive their degrees, they will have collected data from rare cosmic phenomena such as black holes while simultaneously learning how to maximize the lifespan of their wards, making them ready for the likes of NASA’s Goddard Space Flight Center in Maryland, which manages the Hubble and James Webb telescopes. Although LASP has led the way in educating student flight controllers, a handful of other institutions, including Metropolitan State University of Denver, have set up similar operations in recent years, sometimes in collaboration with companies that have aging satellites to donate (often in return for a tax break). “It’s the way things should be,” Baker says. “An academic institution like ours should offer opportunities for students to participate and give them a real send-off into the professional world.”