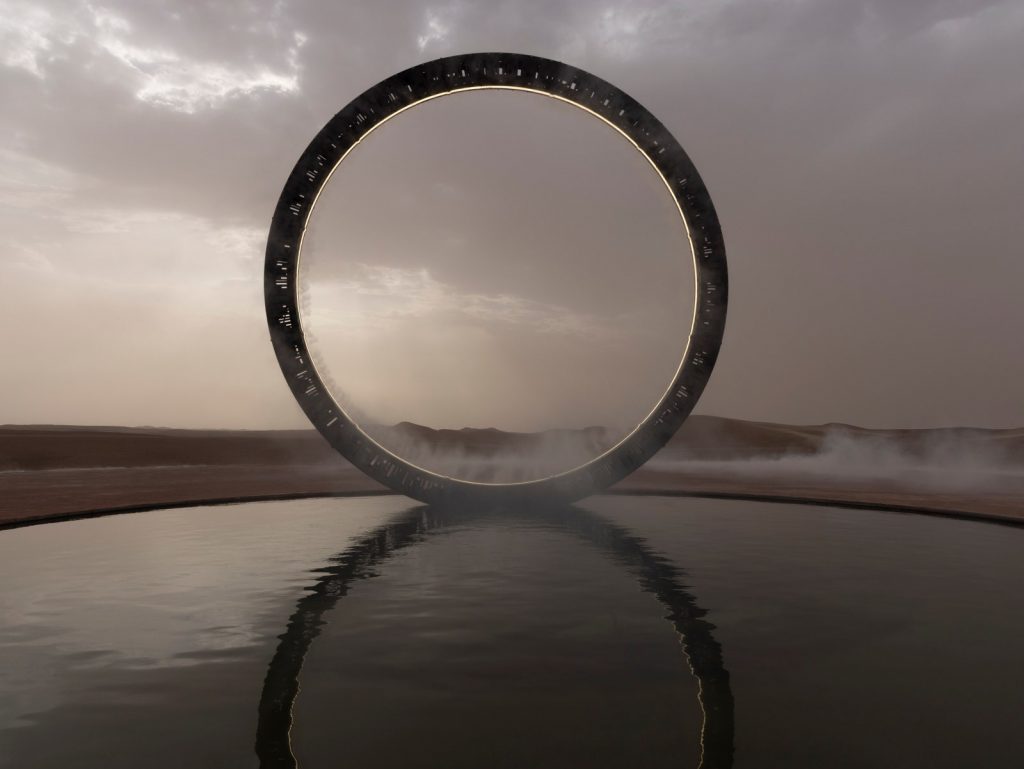 In 1966, Yves Saint Laurent first visited Marrakech, a place that would become sacred to him for its sense of calm. He designed his collections there, visiting in June and December to find solitude away from swinging Paris. In Morocco he found color, and the work he produced there was dominated by vivid hues that had never been seen in his work before.

It was also in Marrakech that Saint Laurent, who was born in Oran, Algeria and moved to the French capital aged 18, wore some of his most iconic clothes, cementing himself not just as a designer on a mission to energetically cloak men and women, but as a style maven in his own right. Here in the Red City, he swept the private halls of Dar el-Hanch in wide-legged blue wash jeans cut tight at the thigh with matching shirts, Cuban heeled boots, and louche ivory suits. He saw the city as a quiet retreat from the world. “Yves never really left the house,” explained Saint Laurent creative director Anthony Vaccarello ahead of the brand’s Spring/Summer 2023 menswear show. “He was all about reading, thinking about clothes and spending time with friends.”

For the label’s latest menswear show, Vaccarello, who has served as creative director since 2016, left the house in a major way, transporting close to 300 editors, TikTokers and celebrities (Dominic Fike, Stranger Things heavy Jamie Campbell Bower, and Steve Lacy among them) to the hazy Agafay desert. Guests were sent on convoy, 007-style, in blacked-out vans to a camp in the centre of the desert, where they found a large-scale installation designed in conjunction with British artist-cum-set designer Es Devlin. Like some galactic cantonment out of Arrival or Dune, two high-shine metallic boxes acted as a gateway to the catwalk, which, for the first time in the history Saint Laurent’s men’s shows, was circular, wrapping itself around a makeshift plunge pool from which an enormous ring of light emerged. “I wanted something soft, even sensual, that stood in contrast to my typically straight catwalks,” Vaccarello explained.

As the buzz of the crowd settled down, a fake mist swept across the scene, while the thumps of music curated by Saint Laurent’s go-to DJ Sebastian broke the eeriness of the landscape. Vaccarello’s first model stomped his way across the grainy floor and the show began. Vaccarello didn’t just replicate or reference the aforementioned clothes—floor-length, breathable “Bougainvilleas” gowns in cobalt and scarlet, and purple caftans—that Saint Laurent put out after falling for Morocco back in the Sixties. Instead, the 50-strong collection was predominantly black—just a handful of sandy looks and one magenta jacket strayed from Vaccarello’s signature hue. When asked why he thought this was fit for summer, Vaccarello answered, “Why not? Blue, red and yellow is the Moroccan cliché. I wanted to avoid it and black is the best way to really see the body’s silhouette, especially in the desert.”