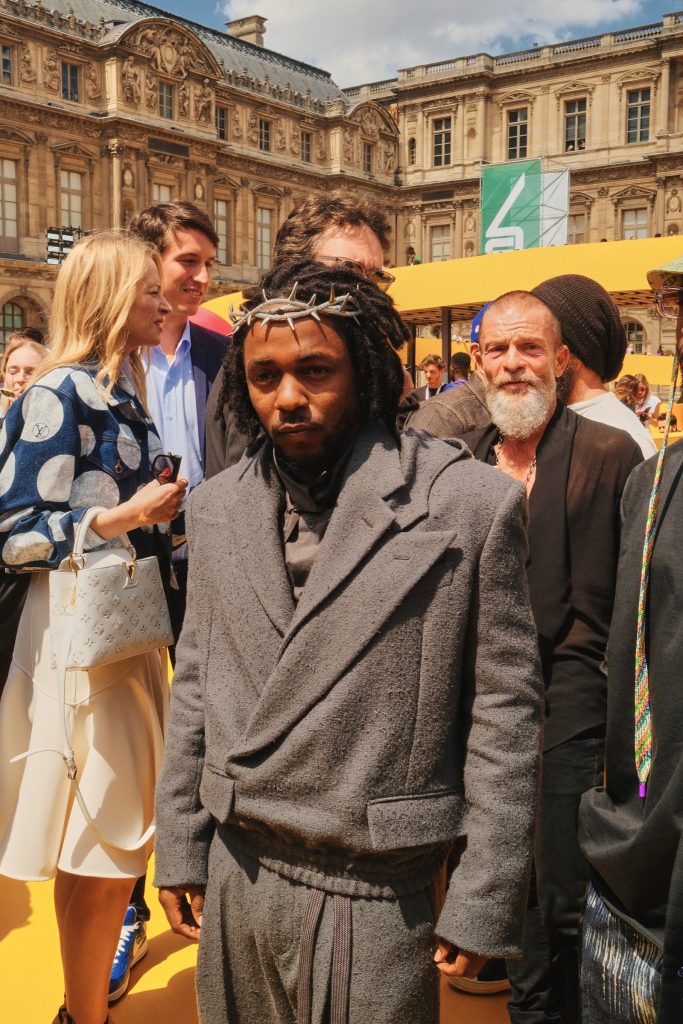 As Louis Vuitton staff implored several hundred guests to sit down a few minutes before the brand’s Spring 2023 show commenced, pro skater Lucien Clarke took in the scene. “It means the world to me” to be here, he said. Clarke was a close collaborator of the late Virgil Abloh, whose nine collections for the house forever altered the fashion landscape. Clarke is the walking embodiment of Abloh’s project, which was to open the monolithic doors of the industry for kids with big ideas, and to feed everyone else’s imagination along the way. In an unprecedented partnership, Abloh signed Clarke as the inaugural member of a nascent Louis Vuitton skate team, and together they released a pro skate shoe. Clarke was wearing a pair. “It’s a blessing for me to be here for his last takeoff, really,” he said. “I’m emotional and excited to see what the final collection is going to be.”

This was it, then. After two runway shows that unveiled Abloh’s final work for the house inside star-studded celebrations of life, this collection—number infinity, according to the show notes—was designed by his studio team, a tribute to Abloh and his biggest ideas. A winding yellow runway set up inside the Carré du Louvre resembled an oversized train set, the centerpiece of a “magnified playground” for guests like Justin Timberlake, Naomi Campbell, Russell Westbrook, and Jack Dorsey. “Toys are tools for the imagination,” read the show notes. “The playthings we are given early in life become building blocks for dreams and aspirations.” It quickly became clear that the house’s final tribute to Abloh final wouldn’t be funereal, but rather a celebration of the themes that motivated his shockingly prolific and endlessly inspiring creative output.