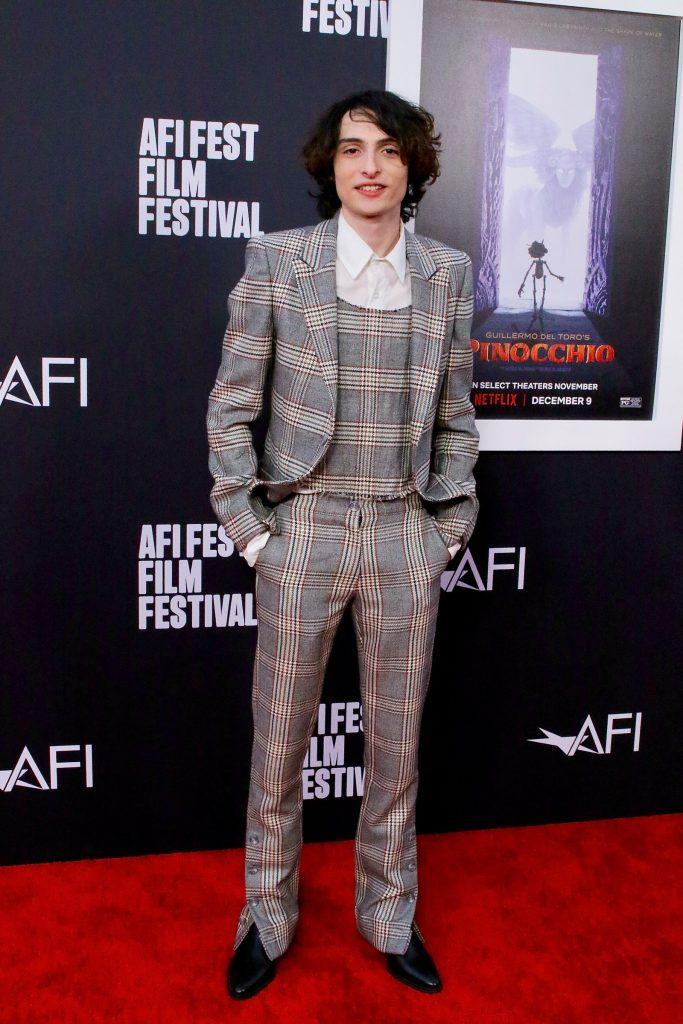 For a young actor, the end of a blockbuster franchise means the beginning of being asked one specific question: “What’s next?” (Just ask Daniel Radcliffe.) But while prospects of next moves and new roles sort themselves out, the real “What’s next?” power move is to just start getting really into fashion.

Fortunately for Finn Wolfhard, the 19-year-old actor who plays Mike Wheeler on the Netflix smash Stranger Things, all of those things seem to be on the upturn. While keeping busy with music and other roles on the supernatural circuit (he’s had turns in the rebooted It franchise, Ghostbusters: Afterlife, and a recent Addams Family CGI remake), he also became a face for Anthony Vaccarello’s Saint Laurent, first channeling an upstart Bob Dylan for the house’s fall 2019 campaign before returning in some choice wire-framed specs for a fall 2022 run.

It makes sense, then, that he’d be sporting some YSL in the interim. But he really came out swinging at the Stranger Things season 4 premiere back in May, when he hit the red carpet in a black silk scarf-collar shirt and high-waisted wool trousers…and then turned it around with another head-to-toe Saint Laurent look—a black silk jumpsuit, at that—at Cannes a few days later. Over the last few weeks, while promoting Guillermo del Toro’s upcoming Pinocchio adaptation, Wolfhard’s branched out even further, with a checkered suit from British label Daniel w. Fletcher, with split-hem trousers and a corset-style vest, and a fun, ruddy knit shirt from another London-based brand, King & Tuckfield. It’s all a bit louche and retro, which is a uniform that’s worth growing into.

These days, looking like a leading man can provide major capital towards becoming one—a concept that Wolfhard’s stylist, Warren Alfie Baker, must be familiar with, having dressed Andrew Garfield in kicky, well-tailored, attention-grabbing suits through the last few humongous years of his career, in addition to his client list of other rising stars like Dylan O’Brian, KJ Apa, and Noah Jupe. With Instagram, it’s never been easier for young guys to get into fashion, but there’s another benefit to it, too. What’s that they say, about dressing for the job you want?