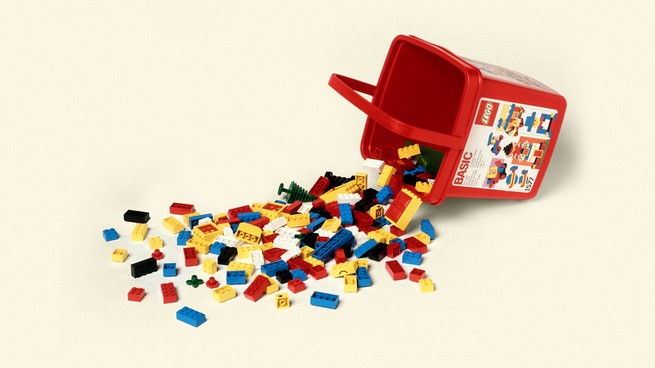 This is an edition of The Atlantic Daily, a newsletter that guides you through the biggest stories of the day, helps you discover new ideas, and recommends the best in culture. Sign up for it here.

The Atlantic writer Helen Lewis, now an atheist, was raised in the Catholic Church. She was once asked if her feminist convictions as an adult play a similar role to the Catholicism of her youth. The question was particularly interesting to her because “the decline of organized religion is one of the most important trends in postwar history,” she says in a new BBC radio documentary, The Church of Social Justice. I talked with Helen about the documentary and her accompanying Atlantic article.

But first, here are three new stories from The Atlantic.

Matters of Good and Evil

Isabel Fattal: You write that some young liberals, both in the U.S. and Britain, have “substituted one religion for another.” Can you walk me through that argument?

Helen Lewis: If you spend any time online looking at social-justice movements, you start to see very heightened language, which often has shades of fire and brimstone—the idea of people being evil, going to hell, needing to repent and atone for their sins. It’s strange, because all the data we have suggests that in both Britain and the U.S., organized religion is declining. Church attendance is declining.

But I don’t think that sentiment necessarily goes away. It’s interesting to me to consider the argument in which politics has raced in to fill both the good and bad bits of religion.

Isabel: What do you think is the danger of politics filling the void of religion?

Helen: In the 20th century, divisions in politics broadly were economic. We had class politics, in Britain at least. That’s no longer how those divides are best thought of. They’re much better thought of as age, education, and identity divides. Values divides. So you have this switch from a politics that’s based around your economic position to your cultural position. That has brought with it a different type of politics, which is much more concerned with matters of good and evil. Politics in the U.S. and Europe has become more exciting in the past few decades, but exciting is not what you always want from politics.

Isabel: Your piece and documentary are focused on how this is playing out on the left. You mention that, of course, the right is not immune to strongly held beliefs (many of which are not factually sound). Why did you focus on the left, and how is it different from what you see happening on the right?

Helen: More so in Britain than America, the left is less overtly religious. New Atheism and those traditions from the 2000s were movements of the left; there’s the idea that being on the left means you’re skeptical and rational—driven by reason, not these old superstitions. So what initially intrigued me was the idea that people who would self-describe as rationalists were nonetheless acting in these very faith-based ways. On the right, there is a much more obvious synthesis: overt displays of religion into which politics gets woven. It’s not a substitute so much as it is a complement. Something like QAnon is a very good example of that.

Isabel: One distinction you make, particularly in the documentary, is that it’s not religion on the whole that should be compared with some social-justice movements, but rather religious fundamentalism. What’s the difference between the two, as you see it?

Helen: Rabbi Laura Janner-Klausner [of the Bromley Reform Synagogue in South London] makes the point really well, that you can be a fundamentalist about all kinds of things. You can be a fundamentalist vegan, a fundamentalist about Peloton. It’s a mindset that says, I’ve got all the answers. What I believe is true, and there is no discussion at all to be had. I look around online, and I do see that mindset in a lot of places. It’s the inflexibility and the unyielding nature of thinking you have all the answers that’s being criticized here.

Isabel: You also talk about whether, and how, social-justice movements might adopt some of the “good bits” of religion. What would that look like?

Helen: As somebody who was raised in the Catholic Church, I did see the way that it made sure that people were looked after. There were bonds between people, a sense of community, and also a sense of shared values.

Isabel: What are the best criticisms of this argument that you’ve heard since the article was published?

Helen: The piece had a big response, both positive and negative. Jamelle Bouie of The New York Times said I knew nothing about religion, which will be sad news to my dad, the Reverend Mr. Lewis. He also argued, “To say that some social phenomenon in the United States has [American] Evangelical aspect to it is kind of just to say that it is American.” It’s an interesting point: This is a phenomenon I’m observing in Britain too, but we do tend to import our culture wars from America. Bouie also said I was just describing an “ideology,” but I’m not sure that captures what I was trying to say, which is that this type of politics involves ideas of morality, of the saved and unsaved—and also that, in a positive way, it offers moments of transcendence and “unselfing.”

One of the most common negative responses was to assume that I was being pejorative in making the comparison between social-justice politics and religion. But religion is a force for good in many people’s lives, including those of my parents, whom I interview in the BBC documentary.

Isabel: Where do social-justice movements go forward from here, in your opinion?

Helen: I think if we want people to genuinely own their mistakes, then you have to offer the possibility of redemption. Otherwise, all the incentives point toward denial and carrying on regardless. I think what we have now with social-justice movements is a range of sins, but we don’t yet have a good idea of what the mechanism is for confessing, repenting, and being absolved.

The Help That Never Came

At the start of the 2020 lockdown, we had a 3-year-old who needed near-constant supervision. My third grader, in public school, generally had about an hour’s worth of unchallenging remote lessons a day. We were grateful that our downstairs tenant, who lives alone and is a freelancer, agreed to share a bubble with us and provide 20 hours a week of child care in exchange for a break on rent.

My husband has a challenging job and makes more money than I do. He tries hard to be egalitarian. We divided up the direct hours of daily child care as equally as possible. But our relationship had subtle imbalances common among many straight couples.

More From The Atlantic

Read. Zama, by Antonio di Benedetto, is a novel with a unique comic charge—and a heartbreaking ending. Or try another pick from our list of books that will lead you down a rabbit hole.

Watch. Legacy, the Lakers documentary on Hulu, is compelling viewing even if you aren’t a basketball fan.

And the summer’s 10 must-watch indie movies are waiting for you.

Listen. Helen’s BBC Radio documentary, The Church of Social Justice—in which she interviews religious leaders, activists, and her own parents—is a fascinating companion to our conversation above.

I asked Helen what she’s reading that you should be reading too. Her pick: “I just finished C. J. Sansom’s historical novel set in Tudor England, Revelation, which is about a serial killer who is obsessed with the Book of Revelation. If the phrase Tudor serial killer is interesting to you, then you’ll love Revelation.”