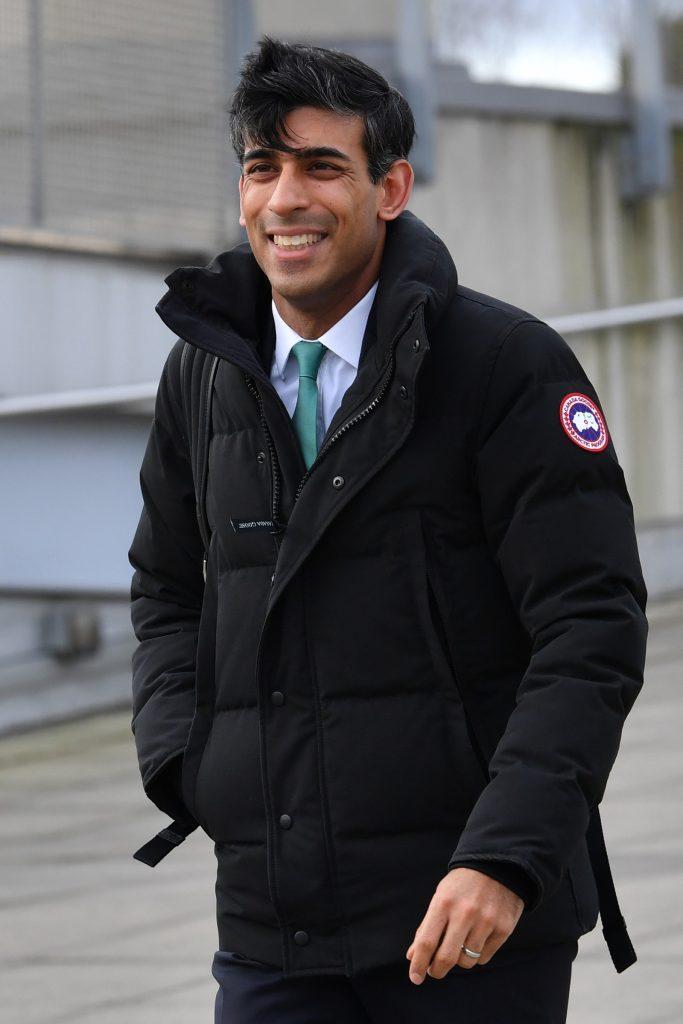 Rishi Sunak, the 42-year-old British politician, officially stepped into the role of British prime minister on Tuesday, becoming England’s third leader in seven weeks and its first prime minister of color ever. The former chancellor of the Conservative party has not spoken much about policy since the contest for a replacement PM began after Liz Truss resigned last week, but the new PM is already garnering chatter for an altogether different reason: his exceedingly neat, curiously brand-minded fashion sense.

Sunak, a former Goldman Sachs banker who starts his days with Peloton workouts but pregames parliamentary matters with a Twix bar and a can of Sprite, wears plastic beaded bracelets possibly handmade by his young children (in other words, kooky jewelry), skinny ties, Canada Goose puffers, and Common Projects sneakers. He owns a £180 “smart mug” that keeps one’s beverage hot, indicating he may possibly be into gadgets. He once visited a construction site sporting a pair of Prada loafers, and last fall, while preparing for the Treasury’s Budget Day, he wore a truly baffling pair of Palm Angels slides to 11 Downing Street. Earlier this month, he and his wife, Akshata Murthy—a fashion designer as well as the daughter of Indian billionaire N. R. Narayana Murthy, purportedly making her one of the wealthiest women in Britain—went to Frieze, the see-and-be-seen art fair. He is into crypto.

Much has been written in the British press about Sunak’s wardrobe: owning a bunch of decidedly anti-baggy suits and expensive cashmere sweaters qualifies you as unusual in British politics. Accordingly, “Dishy Rishi” has been described as both “an unlikely style icon” and “a sort of Austen heroine in a Supreme hoodie.” (British GQ also deemed Sunak “an unlikely style hero” in 2020, when Teo van den Broeke wrote that “not since the days of Winston Churchill and latterly Michael Heseltine has a Conservative politician looked so good on the job.”) His precise appearance, which The Guardian’s Priya Elan once likened to “a hired assassin planning a quick clean-up after his latest mission,” has provided a solid sartorial foil to Tory honcho Boris Johnson’s vibe of general chaos.

What a strange coincidence it is, then, that Sunak takes the helm not long after King Charles III took the throne, filling the U.K.’s other top job as its menswear king. Charles, a longtime supporter of Britain’s fashion heritage, is the figurehead for an earlier school of London luxury. Sunak, meanwhile—who made headlines earlier this year for wearing a bespoke £3,500 suit by tailor Henry Herbert (whose shop, founded in 2009, is a relative newcomer compared to the other centenarian businesses on Savile Row)—is its generational successor. One man’s Savile Row suit is another’s luxury white sneakers.