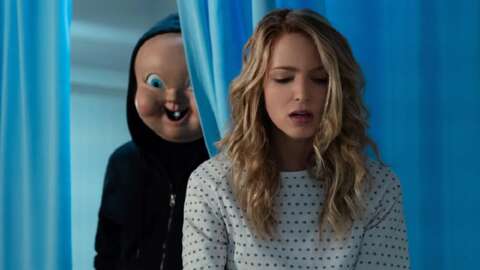 The New York Times is reporting that contemporary horror icons Jason Blum and James Wan are to soon merge their companies, Blumhouse Productions, and Atomic Monster, respectively, into a monster house of horror.

Blumhouse, known for its low-budget approach to horror movies, is currently under a first-look deal with Universal, which would extend to Atomic Monster as long as the deal closes. Wan’s similar deal with Warner Bros. ended earlier this year after seven years.

Talking to the Times, Blum talked about why the merger makes sense and how Wan makes him feel complete as a filmmaker.

“James is probably 70 to 80 percent artist and 30 to 20 percent business person, and I am the reverse,” Blum explained. “We really do complement each other, yin and yang, which is part of what makes this so exciting.”

After merging, it’s expected that both production companies will continue to operate as their own labels, with each maintaining its own creative autonomy and sensibilities. Atomic Monster is expecting to utilize the existing Blumhouse infrastructure to further scale its activities in film, television, and new content areas like podcasts and audio programs, even video games.

Blumhouse and Atomic Monsters have already collaborated on the upcoming M3gan, a sci-fi thriller about an AI doll that goes haywire and carnage follows. The scene of the doll dancing went viral when the first trailer dropped earlier this fall.