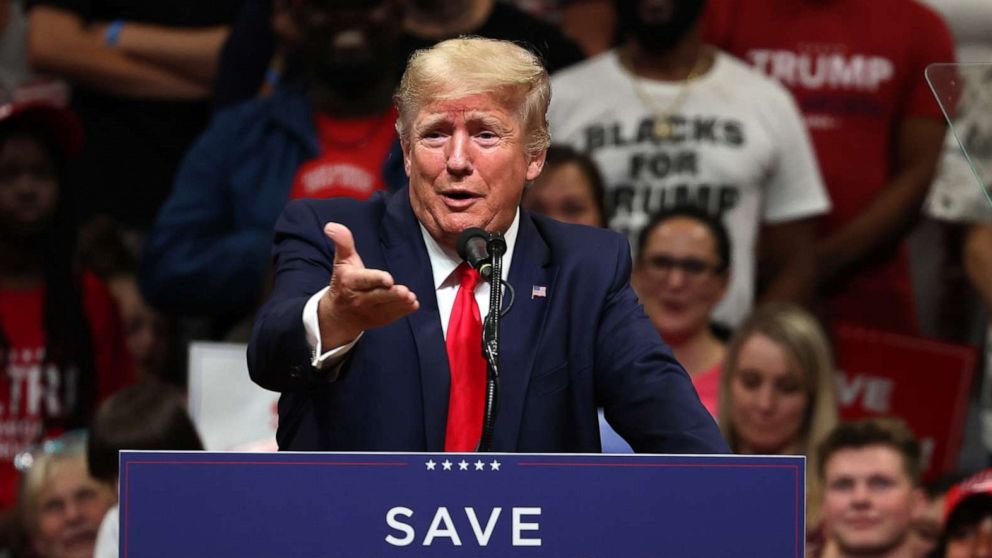 The TAKE with Rick Klein

Connecting dots does not necessarily mark a straight line that leads to political impact.

This is a hugely consequential week for the House Jan. 6 committee, with its final series of public hearings expected to shed more light on former President Donald Trump’s actions, as well as the connections Trump and his team had to extremist groups that massed in Washington, D.C.

But blockbuster revelations — even as supplemented by testimony from former White House counsel Pat Cipollone, and possible testimony from Steve Bannon — have done practically nothing to change immediate political calculations.

With a vital stretch of primaries ahead, precious few Republicans beyond Rep. Liz Cheney, R-Wyo. — who is vice chair of the Jan. 6 committee — are betting their futures on the proposition that voters are ready to reject Trump and what he stands for.

One who did try that path, Rep. Tom Rice, R-S.C., got trounced in his primary last month. Another who chose not to risk reelection in that environment, Rep. Adam Kinzinger, R-Ill., is practically conceding that the time horizon of the current election cycle isn’t long enough to see a real impact from demonstrating how wrong Trump’s actions were.

“On the margins, yes, it is puncturing through. And I think what’s most important is, again, what does history say in five or 10 years?” Kinzinger said on ABC’s “This Week with George Stephanopoulos.”

Kinzinger — who, like Cheney, serves on the Jan. 6 committee — made a bold prediction: “I can get about as close as I can to guaranteeing that, in about 10 years, there’s not going to have been a single Trump supporter that exists anywhere in the country.”

Similar claims from anti-Trump Republicans, using different metrics of time, have proven laughably incorrect. It might be more likely that, within an election cycle or two, there won’t be any Republicans remaining in Congress who don’t profess loyalties to Trump.

The RUNDOWN with Averi Harper

Despite the job market’s continued strength, inflation is still at a 40-year high and the Federal Reserve could continue hiking interest rates in an effort to cool the economy (and rising costs), which has fueled worries of a painful slowdown.

Commerce Secretary Gina Raimondo, like other members of Joe Biden’s team, is trying to calm those concerns.

“I think it’s normal to think that as we continue to come out of the pandemic, we will transition to a more to a robust growth but a more steady growth. So I do think at some point, you know, we will see a less rapid growth in the economy, but I don’t see any reason to think that we will have a serious recession,” Raimondo said Sunday to “This Week” anchor George Stephanopoulos.

The concerns about high prices — particularly at the pump — continue to be a priority for the White House. Though the cost of gas has fallen over the past month, the national average is at an expensive $4.72, according to AAA. Gas will be a topic of discussion on President Biden’s trip to Saudi Arabia this week.

“Its energy resources are vital for mitigating the impact on global supplies of Russia’s war in Ukraine,” Biden wrote in a Washington Post column on Sunday.

Relief for high prices across the board will be an important factor for Democrats heading into November’s high-stakes midterm elections, as a host of polling has shown that the economy and inflation are still top of mind as Americans come closer to casting their ballots.

The TIP with Alisa Wiersema

The contours of 2024’s potential political battles are already taking shape four months ahead of the midterms. For months, high-profile Republicans have been making their way around perennial presidential battlegrounds and, more recently, a top Democratic governor appeared to inch closer toward raising his national profile while President Biden reiterates that he plans to run for a second term.

Maryland Gov. Larry Hogan is the latest Republican slated to make the political pilgrimage to New Hampshire, where the nation’s first presidential primaries are held. During his upcoming trip, the blue-state conservative plans to highlight his inflation relief plan.

“I’m hopeful that Donald Trump won’t be running and won’t be the nominee if he does run,” Hogan said on Sunday on “Meet the Press.” Hogan also said he believes Trump’s influence in their party is waning and that he isn’t dissuaded from the possibility of running in 2024 if Trump runs again.

“I’m gonna do the best job I can being governor until next January, and I don’t know exactly what the future holds. I do think there are an awful lot of people that I would call the exhausted majority of Americans who are frustrated with the far left and the far right,” he said.

Hogan’s comments come on the heels of California Gov. Gavin Newsom taking swipes at Florida Gov. Ron DeSantis, in a possible preview of what could be expected on the 2024 campaign trail should the pair both decide to run. Newsom recently ran an ad in DeSantis’ home state in which the California governor told Floridians “freedom is under attack in your state” while listing conservative political legislation he deemed problematic. Newsom’s ad aired over the Fourth of July weekend and invited frustrated Floridians to move to California, “where we still believe in freedom.”

DeSantis said at a recent press conference in response: “I was born and raised in this state, and until the last few years I rarely, if ever, saw a California license plate in the state of Florida. You now see a lot of them. I can tell you, if you go to California, you ain’t seeing very many Florida license plates.”

NUMBER OF THE DAY, powered by FiveThirtyEight

33. That’s the share of individuals charged in relation to the Jan. 6 attack who have preexisting ties to extremist groups, according to analysis from Mike Jensen at the University of Maryland’s National Consortium for the Study of Terrorism and Responses to Terrorism. And as FiveThirtyEight’s Kaleigh Rogers and Holly Fuong write, more than 74% of these individuals were connected to extremist groups like the Oath Keepers, Proud Boys and QAnon. Read more from Kaleigh and Holly on how these different extremist groups overlapped at the Capitol on Jan. 6.

WHAT YOU NEED TO KNOW TODAY

Download the ABC News app and select “The Note” as an item of interest to receive the day’s sharpest political analysis.

The Note is a daily ABC News feature that highlights the day’s top stories in politics. Please check back on Tuesday for the latest.