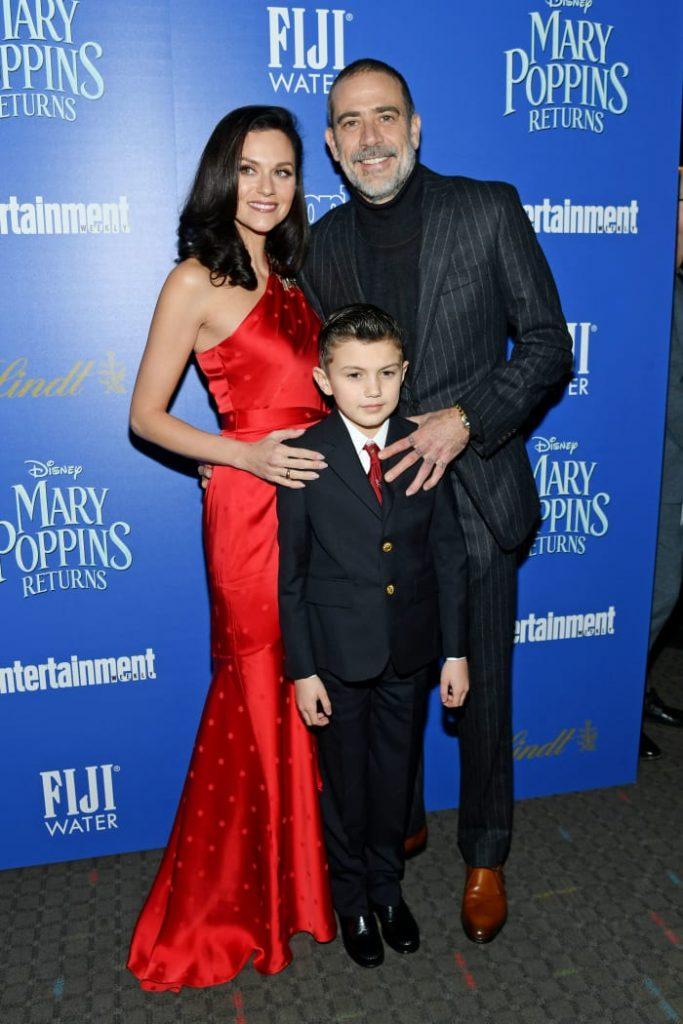 Jeffrey Dean Morgan has been around seemingly forever, but playing Negan in AMC’s The Walking Dead made him a household name. While the character went from Big Bad to ally for the survivors, in real life, Morgan is a sweet family man who absolutely adores wife Hilarie Burton.

Jeffrey Dean Morgan and Hilarie Burton have been together for more than a decade and are still going strong. Find out how they met and more cute couple details about the sweet pair.

How did Hilarie Burton and Jeffrey Dean Morgan meet?

Burton and Morgan met in May 2009 through his Supernatural castmate Jensen Ackles and Ackles’ wife Danneel, who set them up on a blind date.

“Twelve years ago today, @jensenackles and @danneelackles512 made me go on a blind date,” Burton wrote on Instagram in 2021. “The smokin hot @jeffreydeanmorgan showed up and it was game over. Here’s to being crazy kids, living all over the country, giving birth to two doppelgängers, getting gray hair and still being totally inappropriate….together. #timmynolans #firstdate.”

Morgan recalled in a post of his own, “12 years ago….met this one. Blind date. @jensenackles just knew he had the gal for me. Been with her ever since that night. In fact…two kids later… one 11 (do THAT math!) finally married… and never could [have] imagined this kind of happiness.”

Morgan and Burton are still blissful as ever! The couple tied the knot in October 2019 after 10 years of dating. Burton wrote on Instagram at the time that her wedding was “everything she dreamed,” noting, “This past weekend was the best of my entire life. Jeff and I just want to put it out there that WE GOT MARRIED! For real. We’ve lived as husband and wife for a decade. We’ve built a family, and a farm and found our community.”

She later told PEOPLE of their decision to tie the knot, “We had built this life together. We’d had kids together. I think there comes a point where you just don’t want to go another day by being inauthentic about it.”

Burton is indeed the mom to Morgan’s son Gus. He is their first child together. Morgan has described the important lessons they’ve been teaching Gus (whose full name is Augustus).

“Everybody’s equal—we all love each other, and that’s so important for a little 7-year-old [to know]. It’s sad that we have to make sure he’s aware … But I think at this time and [with] what’s going on in the world, you make sure your children are educated to love everyone,” he told PEOPLE. Morgan also noted that Gus is “smarter than” he is and that the boy “gets that from his mother.” Cute!

Does Jeffrey Dean Morgan have a daughter?

Morgan and Burton share a daughter named George. She was born in March 2018. If photos are any indication, she is a spitting image of her One Tree Hill star momma!

What is tattooed on Jeffrey Dean Morgan’s knuckles?

Morgan’s knuckle tattoos are sweet tributes to his and Burton’s kids. One one hand, his knuckles read “GUSY” for son Augustus.

What is the age difference between Jeffrey Dean Morgan and his wife?

Does Jeffrey Dean Morgan have a child with Sherrie Rose?

In 2009, Morgan learned that he had a four-year-old son with ex Sherrie Rose. A source said at the time that Morgan was “shocked and surprised” by the news but wanted to be in the boy’s life.

Next, celebrate Jeffrey Dean Morgan as Negan and check out the best zombie movies ever.