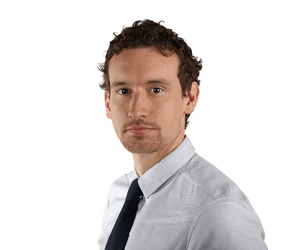 Sajid Javid has joined the race to replace Boris Johnson.

The former health secretary, who resigned from the role on Tuesday sparking a mass of resignations from government, told the Sunday Telegraph he is looking to scrap an increase in national insurance.

Labour has called for an urgent Cabinet Office investigation into Boris Johnson’s meeting with an ex-KGB agent two days after attending a high-level Nato summit that focused on Russia.

The deputy leader Angela Rayner and shadow home secretary Yvette Cooper have written to the newly appointed chancellor of the Duchy of Lancaster, Kit Malthouse, to demand a full investigation into a matter they say exhibits a “shocking disregard for national security”. They warn that if Johnson is found to have breached national security, he must leave Downing Street immediately and “face the full consequences of the law”.

The Observer revealed in 2019 that Johnson had met former KGB agent Alexander Lebedev at an Italian palazzo without officials or security present in April 2018, when he was foreign secretary. But it was not until Wednesday, the day before he resigned as prime minister, that Johnson finally admitted it had happened.

Boris Johnson is facing new allegations he lobbied to get a job for a woman who claimed to be having a sexual relationship with him while he was London mayor.

It is alleged that Johnson lobbied for the woman to have a City Hall job during his time as London mayor and MP for Henley.

The appointment was blocked because Kit Malthouse, then a senior figure in City Hall and now one of Johnson’s cabinet ministers, suggested the pair had an inappropriately close relationship, according to the Sunday Times.

A Downing Street spokesman said: “This [is] not about his time as PM and [has] no public interest as I see it. And we don’t talk about his private life.”

Chief secretary to the Treasury Simon Clarke writes in the Telegraph, revealing he backs foreign secretary Liz Truss to become leader, and believes she would reverse the national insurance rise.

Clarke tweeted: “I am supporting @trussliz for the leadership of @Conservatives. She will galvanise growth, cut taxes and launch a new Spending Review.

“She’s tough on our enemies abroad, will seize the opportunities of Brexit and has a strong record of delivery.”

Senior Tories accused Boris Johnson of trying to torpedo Rishi Sunak’s bid to succeed him as prime minister – and of refusing to leave No 10 with good grace – as the leadership race descended into bitter infighting.

As a trio of cabinet ministers entered the contest last night, senior MPs said the battle now risked inflicting even more damage on the party than the fall of Margaret Thatcher more than three decades ago.

One party grandee accused Johnson of installing unsuitable MPs to middle-ranking and junior government posts when he knew he was on his way out “to cause maximum problems for his successor” who would inevitably have to sack most of them on taking office.

“Those appointments were the most appalling thing I have seen in politics,” said the senior source. “It was obviously a move to sabotage his successor’s first weeks in office.”

Sajid Javid has joined the race to replace Boris Johnson.

The former health secretary, who resigned from the role on Tuesday sparking a mass of resignations from government, told the Sunday Telegraph he is looking to scrap an increase in national insurance.

In comments similar to former chancellor Rishi Sunak’s opening campaign gambit, Hunt told the Sunday Telegraph he is standing to be leader “because we have to restore trust, grow the economy, and win the next election”.

He added: “Those are the three things that have to happen and I believe I can do that.”

Jeremy Hunt, the former health secretary and foreign secretary, has announced his intention to run to be the next prime minister.

He pledged to cut business taxes to the lowest rate in the western world in an article in the Sunday Telegraph.

Here is the full story on the latest Tory candidates to throw their hat in the ring.

A trio of cabinet ministers declared they were running for the Tory leadership on Saturday night, amid calls to alter party rules to thin out the increasingly crowded field of candidates.

Shapps, who was among the cabinet ministers to tell Johnson that his time was up last week, said he would end the period of “tactical government”, repeatedly distracted by crises. He was not among the ministers to resign last week and pointed to his loyalty to previous premiers.

A “flag” was raised by officials over the financial affairs of the new chancellor, Nadhim Zahawi, before he was promoted, the Observer can reveal.

Civil servants in the Cabinet Office’s propriety and ethics team are said to have alerted Boris Johnson to a HM Revenue and Customs “flag” over Zahawi before his appointment. The PM appointed him despite the possible concerns over his tax affairs.

“It’s extraordinary that flags were raised ahead of Nadhim’s appointment by the Downing Street proprietary team,” one source said this weekend. “These sorts of concerns would stop someone receiving an MBE or OBE. The idea he could be chancellor or even prime minister is unbelievable.”

A spokesperson for the chancellor said: “All Mr Zahawi’s financial interests have been properly and transparently declared.” A source close to Zahawi said he and his wife had never claimed non-domicile status.

Geoff Barton, general secretary of the Association of School and College Leaders, appeared to be less than satisfied with education minister Andrea Jenkyns admitting she “should have shown more composure” after making a rude gesture to a “baying mob” outside Downing Street.

Without directly referencing her explanation or the incident in question, Barton tweeted: “In my 32 years as a teacher, 15 of them as headteacher, I inevitably dealt with moments of poor behaviour and inappropriate conduct – from young people and staff.

“I have to say, ‘I’m only human’ was never good enough as an excuse from any of them for any of it.” 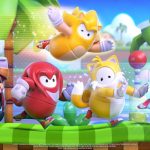