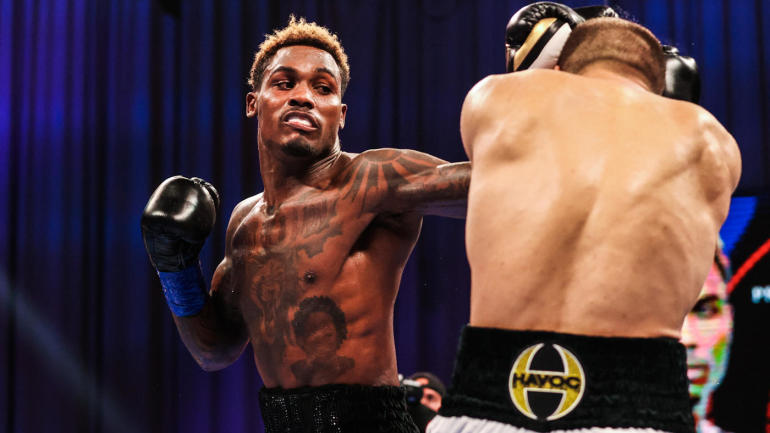 Jermall Charlo’s plans for June 18 have been canceled. The WBC middleweight champion was set up to defend his title against Maciej Sulecki in a Showtime main event from Houston, but the fight has been delayed after Charlo suffered a back injury in training.

Charlo (32-0, 22 KO) was elevated from interim champion to world champion in 2019 and has since defended that title successfully four times. He is also a former champion at super welterweight. In his most recent fight, Charlo scored a June 2021 decision over Juan Macias Montiel in a one-sided fight.

Sulecki (30-2, 11 KO) was an unexpected challenger for Charlo’s title. He has previously received one world title match in his career, losing a decision to Demetrius Andrade in June 2019. In that fight, Sulecki lost every round on all three official scorecards. He also has a previous loss to Daniel Jacobs.

After the loss to Andrade, Sulecki picked up one win in 2020 and one in 2021, both to journeymen fighters. That proved enough to earn him a second shot at world championship glory.

According to the press release, the card will be “rescheduled to a new date that will be announced pending an assessment of when Charlo can return to training.”