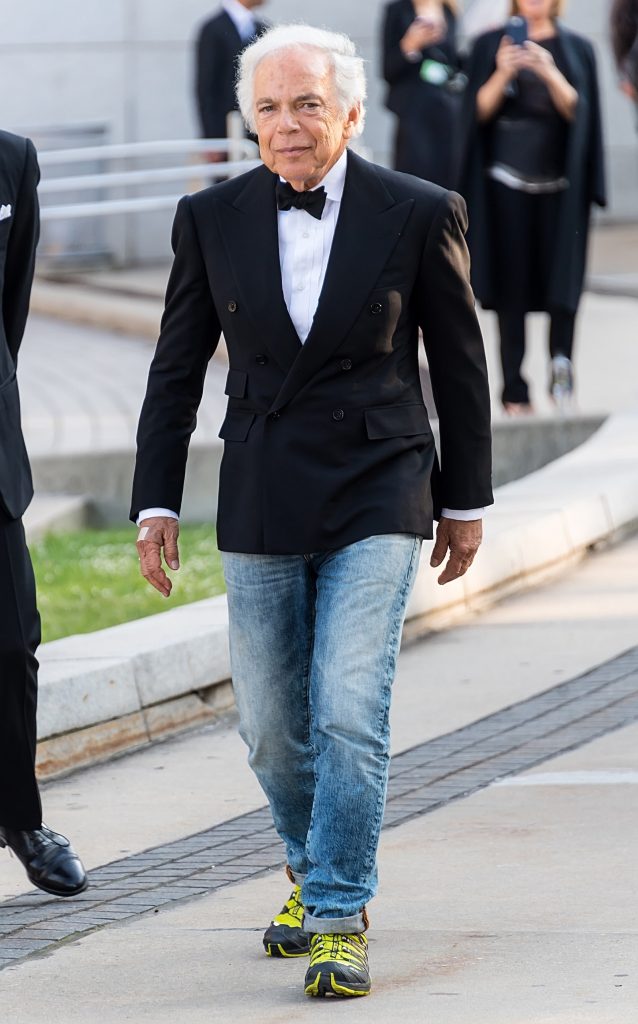 At this moment in menswear, it feels like anything goes. Which means that there are infinite possibilities when it comes to wearing a blazer. Do you want to wear one made of glossy leather? Go for it. Or perhaps one with the most peaked-out 1970s lapels you can find is more your speed. Maybe you just want to wear your simplest blazer with some giant chinos. Earlier this week, at a beachside film festival in France, the actor Jesse Eisenberg took a very American approach to the blazer, rocking it in a look heavily inspired by Ralph Lauren. And no, we’re not talking about the label but the legendary dresser himself.

Now, Ralph Lauren has undoubtedly worn many proper suits in his day. But especially over the last decade, the designer has gravitated toward a dressed-down version of the classics. Time and time again, Lauren has paired a dressy blazer with casual blue jeans and rounded out the look with technical-looking sneakers. (Sometimes it’s futuristic hikers, other times, it’s vintage basketball kicks.)

This is precisely what Eisenberg did, and he absolutely nailed it. Eisenberg’s version of the outfit opted for a minimalist navy blazer with a plain black T-shirt, worn with straight-legged blue jeans and gray sneakers. Each piece on its own is relatively tame, but when combined into a singular look: pure undeniable style. And fear not: when he showed up at the more formal ceremony later that day, he had changed into a more proper suit.

The saying goes that good artists copy and great artists steal. That’s true when it comes to getting dressed, too. This look proves that wearing a blazer doesn’t always have to be overly formal and that you can break some rules and look incredible while doing it. And also a good rule of thumb when it comes to getting dressed: if Ralph Lauren himself has done it, it’s probably a style move worth stealing.