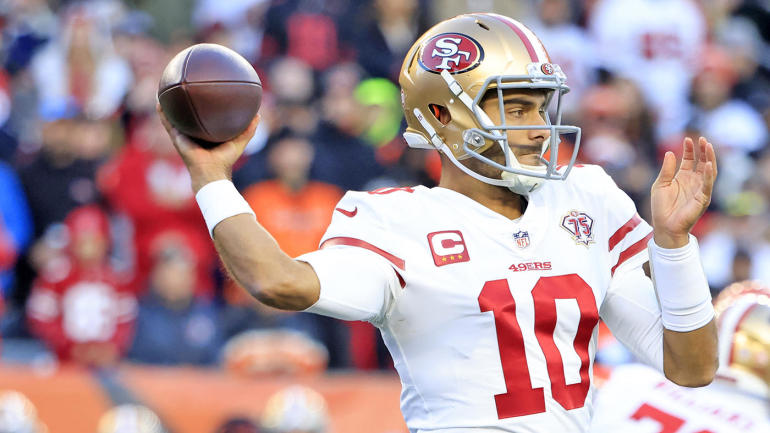 San Francisco 49ers quarterback Jimmy Garoppolo underwent surgery this offseason to address a “capsule issue” in the back of his shoulder and according to ESPN, the recovery is carrying on as expected. Garoppolo is not throwing yet, but his rehab is going as scheduled.

Garoppolo is expected to start throwing again in the next few weeks and the quarterback has been optimistic he would be ready for training camp.

When he had the surgery in March, coach Kyle Shanahan expected Garoppolo to be back throwing by early July, which is still on the table. The veteran QB’s original predicted recovery time was 16 weeks.

Garoppolo did not participate in any of the team’s OTAs and was excused by the 49ers from mandatory minicamp in order to continue with rehabilitation of his shoulder.

How the 30-year-old would bounce back from the surgery and whether it could impact trade talks has been a major storyline this offseason in the NFL.

Second-year QB Trey Lance is expected to be the starter in San Francisco in 2022, leaving the team potentially looking for a landing spot for Jimmy G.

Shanahan said last month that he expects Garoppolo to be traded, but that it is not a guarantee.

Most teams in the league have already addressed their quarterback needs, so whether the 49ers can get a deal done they like for Garoppolo is still a major question mark.