The Justice Department will seek the longest prison sentence in any U.S. Capitol riot case next week, when it argues at the sentencing of former New York City police officer and U.S. Marine Thomas Webster.

Webster, who once served on the protective detail of former New York mayor Michael Bloomberg, was convicted in a Washington, D.C., federal court in May on charges of assaulting law enforcement.

In a new court filing ahead of Thursday’s sentencing hearing, the Justice Department seeks a sentence of 210 months in prison for Webster — more than 17 years. The sentence is nearly the double the longest prison terms handed down in any Capitol riot case so far.

Prosecutors argue Webster “spearheaded” a breach against the police line on Jan. 6, 2021, and was responsible for “disgracing a democracy that he once fought honorably to protect and serve.”

In his court filing seeking leniency ahead of the sentencing hearing, Webster disavowed claims of fraud in the 2020 election and included a letter of support from a friend who blames former President Trump for “despicable lies.”

After a four-day trial, the jury convicted Webster in just a matter of hours.

Prosecutors presented a series of images and videos of Webster as part of their case, including video of him swinging a flag pole at a police officer, forcefully enough to break the pole.

After crossing onto restricted grounds, the government alleged Webster yelled at one of officers, “You f***ing piece of shit. You f***ing Commie motherf***ers, man.” He then allegedly used the flagpole against the officer, swinging over the police line.

During trial, the Justice Department accused Webster of tackling Washington, D.C., police officer Noah Rathbun to the ground, pushing against his gas mask and pinning him, attacks that were captured on police bodycam and open-source videos.

In seeking the 17-year prison sentence, prosecutors argue Webster arrived at the Capitol “ready for battle.”  They said, “Not only did he pack his NYPD-issued bulletproof vest, but he also packed his “off duty” firearm — a Smith & Wesson Model 640 revolver, small enough to conceal inside a jacket pocket.  Additionally, Webster brought with him his military-issued rucksack containing Meals Ready-to-Eat, water bottles, and Gatorade. To the rally and to the riot, he wore his bulletproof vest, and he carried a large metal flagpole bearing the red and yellow flag of the United States Marine Corps.”

Webster seeks a sentence of “time-served,” and he wants credit for the 127 days in pretrial detention in the case to count toward the term handed down by the judge.

His defense argues Webster has been “disabused of any notion that the 2020 election was illegitimate.” In his sentencing memo, the defense team says promoters of 2020 election lies “have nearly taken over one political party.”

Though some Jan. 6 defendants have renounced election fraud claims during sentencing hearings, few have been strident in their statements. The memo from Webster sets the stage for a potentially colorful statement at Thursday’s hearing.

Webster’s defense also submitted a set of a character letters lauding Webster for his police and U.S. Marine service. One of those supporters cited the impact of “despicable lies” by former President Trump. 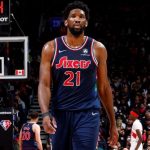 Square Enix Is Drowning 2022 With RPGs, And We’re Here For It