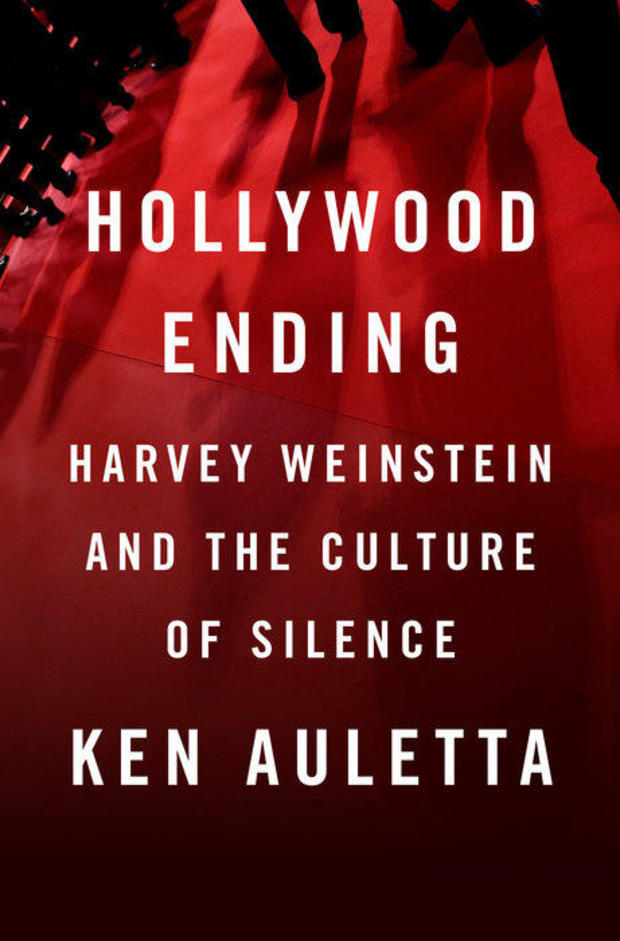 Disgraced Hollywood producer Harvey Weinstein is serving a 23-year-prison sentence for rape and other acts of sexual assault – crimes first exposed in The New York Times. Journalist Ken Auletta tried to break that story in 2002 while working on a profile of Weinstein for The New Yorker magazine.

“I described his brutal behavior, verbally and physically, in terms of fist fights and wrestling matches with people,” Auletta said. “But I couldn’t nail him on what I believed he was also guilty of, which was abusing women sexually. I couldn’t get the women to talk.”

Correspondent Lesley Stahl asked, “Would you say that catching Harvey Weinstein became an obsession with you?”

“I had a semi-obsession,” Auletta replied. “I wanted to expose the guy, sure.”

His semi-obsession grew, even after Weinstein was caught. Now Auletta has written a biography, “Hollywood Ending,” in which he searches for Weinstein’s Rosebud: how and why did one of the most respected Academy Award-winners and head of Miramax Films become a reviled sex offender?

Stahl said, “Your book is like a PET scan of his psyche.”

“Well, he’s a human being with many dimensions,” said Auletta. “One dimension is that he’s a violent, often violent man, who abused people. Another dimension of Harvey Weinstein is a talented filmmaker.”

Some of the films for which Weinstein was acclaimed were “Like Water for Chocolate,” “Enchanted April,” and “Shakespeare in Love.”

“Just so sensitive, and some of them sweet,” said Stahl. “And I wonder how someone who could do those movies, could at the same time be a monster?

Auletta said, “I couldn’t figure it out. But if you rape and abuse over 100 women …”

“Since October of 2017 more than 100 women have come forward to claim that he physically abused them.”

“I wonder if you figured out whether something happened in his childhood?”

“What you saw in Harvey’s home is, Miriam Weinstein, the mother, yelled all the time: ‘Harvey, you’re fat.’ ‘Harvey, stop eating that.’ ‘Harvey, what are you doing?’ And that yelling was carried over into Miramax and Harvey’s career.”

Weinstein addressed his own violent temper tantrums in 2002 during 12 hours of taped interviews with Auletta. He said he wanted to change: “I don’t wanna fight with anybody. I have no desire anymore. I feel like I’ve fought all my fights. I still get, you know – some things still outrage me, but I’m trying to bite my lip, whatever they do.”

Auletta said, “He could not change who he was. In many ways, Harvey was outta control.”

“So, you’re sitting across from him. Did you feel intimidated?”

“No. When the questions got a little testy and I confronted him about the women rumors and his violent temper and stuff, he suddenly got up off his chair. I was seated at a small conference table. He got up from his chair, and he loomed over me, standing up, and he clenched his fists. And as soon as I stood up, and we’re eyeing, we’re face-to-face, Harvey did something totally surprising: He started to cry. He just started to cry, and just bawled … really cried, very seriously.”

Through his tears, Weinstein denied assaulting his one-time assistant Rowena Chiu, calling their relationship (as he would with others) “consensual.”  The Chiu accusation is one he has consistently denied.

Stahl asked Chiu about her statement: “There was a whole system at Miramax that propped Harvey up and enabled him to commit his sexual assaults.”

Chiu replied, “I think for a lot of people at Miramax who obviously saw Harvey’s work and lifestyle on a daily basis, I think that they would’ve preferred to think of Harvey as someone who had multiple affairs, who didn’t behave very well, but they didn’t want to think of themselves as employed by a serial rapist.”

But Chiu said she was warned about being alone with Weinstein: “We were told things like, ‘Wear two jackets. Wear two pairs of tights if you need to. Never sit on the same sofa as Harvey. If he invites you to sit next to him, sit opposite him.'”

Despite those precautions, Chiu said Weinstein tried to rape her at the 1998 Venice Film Festival, and she narrowly escaped.

“Harvey typically is naked in his hotel room, or at least only semi-clad,” she said. “Obviously we are not. We’re at work!”

“Well, wait a minute, Rowena, you’re saying that like it’s normal? You’re saying he got naked. I’m thinking to myself, He got naked?“

“In the film industry Harvey was not my first encounter with someone who tried to be naked in the office,” Chiu said.

“And then, what? He just lunged? He attacked you?”

Chiu said, “So, I think it is not so much of a lunging as a process of pressure over a number of hours. So, you’re in a room with someone who’s known for his anger. You can’t really scream, run screaming from the room, ’cause you’re not sure what he’ll do. And he probably weighs three or four times what I weigh. So, there’s a situation where I’m trying to extricate myself from the room without making him angry. Ultimately of course, there is a physical element to it, where he’s much bigger than me, and at some point he’s holding me down to a bed, and I’m trying to wriggle away.”

Stahl asked Auletta, “A lot of people in Hollywood knew what was going on with Harvey as well. I think you call it ‘the culture of silence’?”

“People who know or should have known that someone is doing actually criminal acts and keeps silent,” he replied.

“And that’s a broad group of people sometimes.”

“You don’t want to tattle?”

Now behind bars, Weinstein faces another criminal trial this fall in Los Angeles on nearly a dozen sex crime charges, to which he has pleaded not guilty.

Stahl asked Chiu, “Do you think that Harvey has any remorse?”

“Here’s a guy with four assistants, he had a car that had screens, flip-down screens, he could watch movies and TV shows of his, and here he is today eating, you know, baked beans,” Auletta said, “knowing he’ll never get out. And he should know that he deserves to be in prison.

READ AN EXCERPT: “Hollywood Ending: Harvey Weinstein and the Culture of Silence”