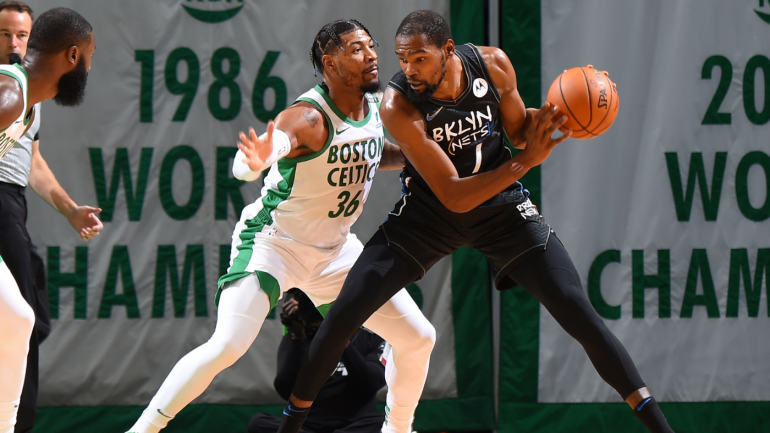 When Kevin Durant initially made his trade request, two teams were reportedly atop his wishlist: the Phoenix Suns and Miami Heat. From the get-go, both teams faced complicated paths to landing the 2014 NBA MVP. The Suns needed to find a way to sign-and-trade DeAndre Ayton to Brooklyn, which they can no longer do. Miami couldn’t send Bam Adebayo to Brooklyn even if it wanted to because league rules prohibit him and Ben Simmons from both playing for the Nets. So with those two teams now on the back burner, Durant has had to broaden his scope a bit to keep his trade hopes alive.

One team that has emerged in recent weeks as a possibility is the Boston Celtics. Reports indicate that they have offered a package built around Jaylen Brown. Durant, according to SNY’s Ian Begley , now views Boston as a “desirable landing spot.” Celtics coach Ime Udoka was an assistant under Steve Nash in Brooklyn during the 2020-21 season before he landed the Celtics job. Durant played with Celtics star Jayson Tatum at the 2021 Olympics.

Still, none of this is meant to suggest that a deal is imminent. For now, Brooklyn appears to be asking for a package that includes Brown, Defensive Player of the Year Marcus Smart and multiple draft picks. Boston’s initial offer was reportedly Brown, Derrick White and a single first-round pick.

That is quite a bit of ground for the two sides to make up in negotiations, but the Celtics are the only team to have thus far put a young star on the table. That puts them in the driver’s seat here. That is especially true if Durant continues to pressure the Nets to make a trade. He reportedly told team owner Joe Tsai to fire head coach Steve Nash and general manager Sean Marks in a meeting over the weekend.

Such an action will likely lower Durant’s trade value, but the Nets appear determined to get fair value back in a trade. That means this thing could lag into training camp. If the Celtics want to prevent that, they can increase their offer knowing that Durant would be comfortable playing for them next season.