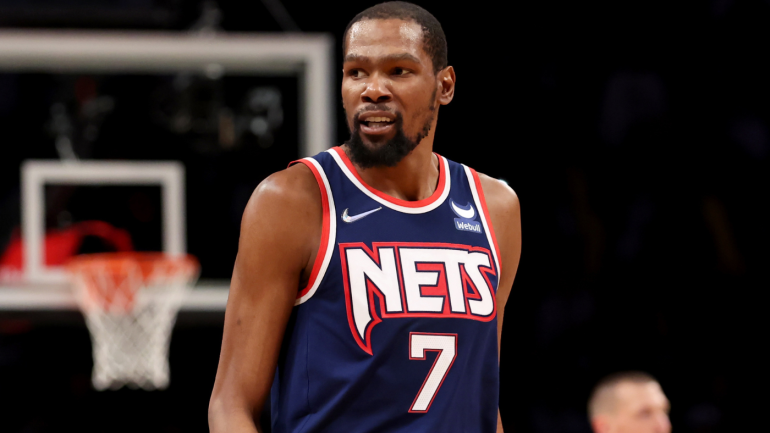 We’re more than a month into the Kevin Durant trade sweepstakes, and thus far, we haven’t even come close to a deal. While talks are surely ongoing, It doesn’t seem like we’re going to get a trade anytime soon. According to Ian Begley, there is “a lot of pessimism” surrounding a Durant deal being completed in the near future.

While the Brooklyn Nets have thus far failed to generate an offer worthy of Durant, Begley also notes that they have struggled to find a third or fourth team to facilitate such a trade. The Nets have held out hope throughout this process that Durant would eventually retract his trade request, but as of this time, there is no evidence suggesting that he has done so.

With under two months to go before the start of training camp, the Nets have plenty of time to seek out better trade offers or for circumstances around the league to change enough for a new buyer to become motivated. But right now, it appears as though the Nets and Durant are in something of a holding pattern. The last major development on this front was the news the Boston Celtics had discussed a deal centered around Jaylen Brown with the Nets, but those talks were apparently weeks old.

In a bit of better news for the Nets, Begley reports that Kyrie Irving is “in a good place” with the Nets after contentious contract talks earlier in the offseason. Many insiders have reported that Irving wants to play for the Los Angeles Lakers, and with one year left on his max contract, Irving could decide to sign there next season. For now, however, Irving remains on the Nets. If Durant gets traded, that could easily change.

But the longer this drags on, the likelier it feels that Durant and Irving will at least begin training camp on the Nets. Maybe a trade could come then. Maybe something could materialize at the deadline. But teams just haven’t stepped up with offers the Nets deem worthy at this time.